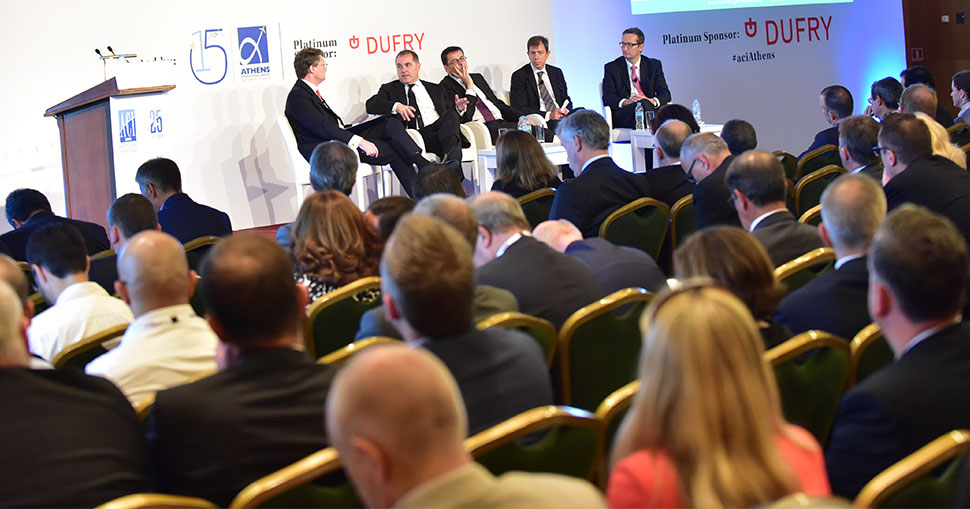 Europe is facing an unprecedented security situation, with the terrorism threat shaped by a toxic mix of geopolitical instability, marginalised communities & social discontent – as well as social media being used as a powerful propaganda machine.

BRUSSELS – The special Security & Crisis Management Summit jointly organized by ACI Europe and ACI Asia Pacific comes to an end this afternoon – after 2 days of debates addressing the ever evolving security challenge faced by the aviation sector. The summit brought together more than 300 top aviation security experts & policy makers, including Belgium’s Deputy Prime Minister & Minister of Interior – Mr Jan Jambon, the European Commission, the European Council, Europol, Eurocontrol and the US Transport Security Administration (TSA). The event was hosted by Brussels airport, a highly symbolic gesture just 8 months after the terrible attack that struck the airport.

Europe is facing an unprecedented security situation, with the terrorism threat shaped by a toxic mix of geopolitical instability, marginalised communities & social discontent – as well as social media being used as a powerful propaganda machine. All this means that the terrorism threat is at least partially home-grown, very unstable, widely dispersed and in a state of constant flux. In this context, while aviation continues to be a target, as evidenced by the attacks of 22 March at Brussels airport and 28 June at Istanbul-Ataturk airport, terrorists have also been targeting at a wider range of venues and locations – acting seemingly randomly and potentially exposing any public & social space.

Against this background, ACI Europe stressed the need for a transformative change in Europe’s security strategy.

Olivier Jankovec, Director General of ACI Europe said: “We all know we need to move from conventional and mostly defensive measures to a more proactive and integrated approach with intelligence & data at its core. Security measures at airports are needed – but they can only be our last line of defence. The key is to identify and stop terrorists before they ever reach an airport, or a train station or a concert hall. Because once they are there, it means we have already lost.”

ACI Europe is firmly committed to this transformative agenda – working in close cooperation with the EU institutions and ECAC (European Civil Aviation Conference) and providing expertise and advice through its Security Committee. ACI Europe’s Aviation Security Committee is a unique forum bringing together more than 100 airport security experts coming from a variety of background including intelligence services, police & counter-terrorism services and the military.

As part of these efforts, ACI Europe released a few days before the Summit its Best Practices Guidelines on Airport Landside Security. These Guidelines offer practical advice and guidance to the airport community and security regulators on how to secure airports’ public spaces. They will be used by ECAC for its own guidance material which is currently being prepared.

Reflecting further on the way forward for aviation security, Jankovec concluded “Moving away from one-size-fits-all systematic & conventional detection towards an intelligence driven system with more deterrence & unpredictability is the only way forward if we want to deliver effective security. This implies a security culture with collaboration & data exchange at its core. It is crystal clear that the only way to get there will be through more Europe – not less of it. The EU has raised to the challenge in the wake of the 9/11 attacks, and its needs to do the same with the new threat environment we are now facing. More than ever, a Security Union is what we need.”