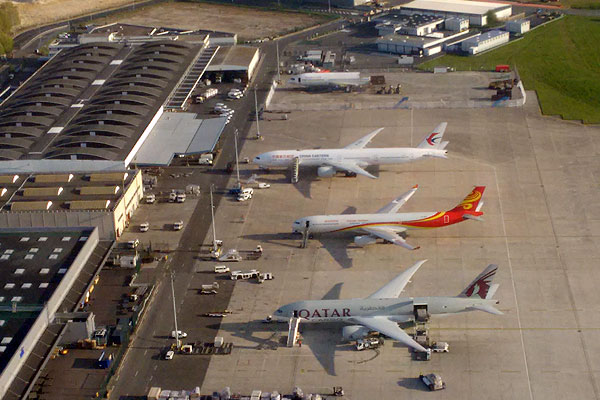 Governments in Europe have almost exclusively helped airlines, with more than 24 billion euros of financial support already approved – and yet more to come.

BRUSSELS – ACI Europe reported that Europe’s airports continued to be at an almost complete stand-still during the month of May, with passenger traffic down by -98% compared to the same period last year. As a result, only 4.3 million passengers travelled through the European network of 500+ airports in May, compared to 216.8 million last year.

Olivier Jankovec, Director General of ACI Europe said: “With well over half a billion passengers1 lost so far this year and still no revenues coming in, Europe’s airports are anxiously waiting for travel restrictions to be lifted and airlines to resume operations. With the epidemic now de-escalating in many countries and a plan to allow for intra-European travel – at least within the Schengen area – by the end of the month, we are finally seeing some light at the end of the tunnel.”

“But there is no escape that the recovery will be slow and gradual – and that the post-COVID-19 aviation market will be fundamentally disrupted and structurally very different. For now, we do not see a return to last year’s traffic volumes before 2023.”

“Most national authorities are quite rightly taking a phased approach, but it’s vitally important that devices such as quarantine are risk-based and proportionate. If quarantine is used as a blunt instrument as it is in the UK, it is one which will deliver an economic and social blow from which we will all struggle to recover.”

All this shows that Europe’s airports, along with airlines, are amongst the sectors hardest hit by COVID-19, and that Government support is needed for them to recover. Such support is essential not just to restore the air connectivity that is underpinning the livelihood of communities, businesses and citizens – but also to safeguard the ability of both airports and airlines to invest and decarbonise.

Support not just for airlines – but for the ecosystem
However, Governments in Europe have almost exclusively helped airlines, with more than 24 billion euros of financial support already approved – and yet more to come. Meanwhile and apart from a few exceptions, airports have been excluded from national aid programmes for aviation. Airports have generally benefitted only from temporary unemployment schemes, leaving them in an extremely difficult financial situation.

France, Germany and Italy are particular cases in point, with those 3 countries extending a whopping 19.3 billion euros2 in financial support to their former flag carriers, without providing specific support to their airports.

Jankovec commented: “Keeping airlines afloat – or rather flying, is obviously in the interest of airports. But this does not per se secure their financial viability. With selective governmental support not benefitting all airlines, and with no condition attached for recipient airlines to support their suppliers – including airports, the current situation creates huge imbalances in the air transport eco-system. This essentially brings us back to the era when the interest of airlines used to command aviation policy, with no consideration for other industry stakeholders – let alone consumers.”

Current imbalances must be corrected
ACI Europe, together with the national airport associations of Germany (ADV), France (UAF&FA) and Italy (Assaeroporti), called on governments and the EU to address these imbalances and safeguard the proper functioning of the Single Aviation Market by using all other instruments available for that purpose. This should include:
– Allowing airports to benefit from temporary unemployment schemes under the most favourable conditions and beyond the Summer months. This is crucial to contain permanent layoffs and retain skilled staff.
– Granting financial compensation to airports for the costs involved in remaining open when travel restrictions eliminated demand for air transport as well as for the costs involved in implementing sanitary measures.
– Ensuring the timely return of slots not used by airlines, so as to allow airports to limit costs by effectively adjusting resources and staffing to the actual level of airline operations. This would also allow the timely reallocation of unused slots to other airlines – thus benefitting air connectivity.
– Ensuring that charges paid by airlines for the use of airport facilities better reflect underlying costs as per the “user pays” principle advocated by the European Commission for transport infrastructure. In particular, under-recovered costs must be carried forward into future regulatory periods.
– Airline dominance is set to become the norm in the post COVID-19 aviation market, as already evidenced by the way prominent airlines are conditioning the restart of their operations to either free use or massive discounts on airport charges. The revision of the EU Airport Charges Directive does not take this new reality into consideration and needs to be reconsidered to avoid further imbalances in the air transport ecosystem.
– Ensuring further liberalisation of air traffic rights (in particular at niche, secondary hubs and regional airports) and relaxation of airlines’ ownership and control rules to facilitate the restoration and development of air connectivity.
As part of its OFF THE GROUND initiative, ACI Europe is today releasing a number of papers detailing some of the above mentioned proposals.

“No Br__sels without us": visit.brussels unveils the original concept for its re-start campaign