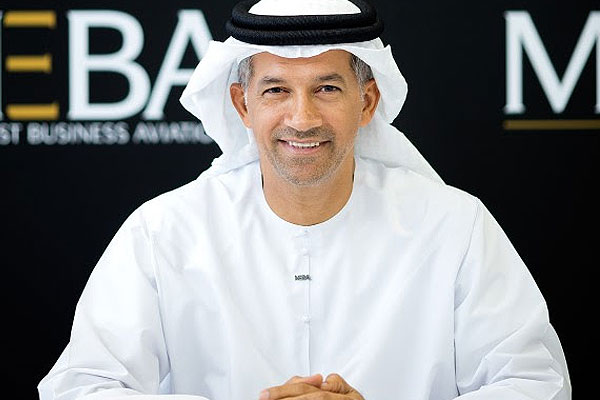 The IBAC Governing Board serves the diverse needs of business aviation across the globe and is involved in all ICAO forums that affect business aviation, in addition to directing the council.

“I am honoured to have been elected to the Vice Chairman position of the IBAC Board,” Alnaqbi said. “This opportunity to guide the business aviation sector is a perfect synergy with my passion for the industry and previous achievements. I look forward to driving the industry forward in the next three years in this role.”

This is a key milestone for Alnaqbi and a testament to the incredible success MEBAA has achieved in the 10 years since its founding. MEBAA received IBAC approval almost immediately after its inception, when Alnaqbi announced his intention to unite the business aviation community in the Middle East and North Africa under a single banner representing 25 counties throughout the region.

In addition, MEBAA has had a significant impact on drafting legislation and rules specific to business aviation in the entire region. As a result of these successes along with Alnaqbi’s tireless commitment and dedication to business aviation he is the first Arab to hold this position within the international council, after previously serving as the treasurer for three years.

Future of business aviaton takes off at The MEBAA Show

Finnair expands connectivity in the UK with Flybe codeshares