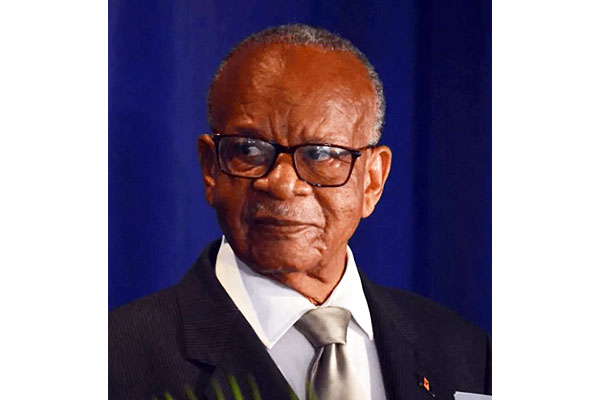 They recalled Holder’s leadership and diplomatic skills were brought to bear as Secretary General of the Caribbean Tourism Organization (CTO), where he worked closely with governments to ensure tourism was accorded priority in the development plans of the Caribbean countries and territories.

MIAMI – The Caribbean Hotel and Tourism Association (CHTA) is saluting the late Jean Holder for his pioneering work in establishing tourism as the major economic driver for the region.

Nicola Madden-Greig, President of CHTA, said Holder was a skilled diplomat who quickly recognized the importance of tourism to the fledgling economies of small island developing states in the region.

“His finely honed academic instincts allowed him to clearly see that many of our Caribbean countries could not enjoy full independence without economic independence from their former colonial overlords, so he moved quickly to find ways of ensuring tourism was expanded to free our nations from an over-reliance on foreign aid,” said Madden-Greig.

She recalled Holder’s leadership and diplomatic skills were brought to bear as Secretary General of the Caribbean Tourism Organization (CTO), where he worked closely with governments to ensure tourism was accorded priority in the development plans of the Caribbean countries and territories.

Vanessa Ledesma, CHTA’s acting CEO and Director General, said: “From the moment I entered the Caribbean tourism space Jean Holder was always a key figure in our region’s bread-and-butter industry, and for three decades, he effectively led CTO and its predecessor organization, the Caribbean Tourism Research and Development Centre, and reached out to connect with those of us in the private sector.”

Frank Comito, a veteran Caribbean tourism executive and former CEO and Director General of CHTA, lauded Holder for successfully using his diplomatic and political skills to underscore to leaders the critical importance of ensuring tourism was not only developed as the leading generator of wealth for the region, but also that it was developed sustainably to ensure the people of the region and their environments could benefit.

“Jean Holder, along with his private sector counterpart, John Bell, then CEO and Director General for the then Caribbean Hotel Association, broadened the developmental approach to Caribbean tourism beyond marketing, and set the stage for collaboration between the region’s governments, the private sector, and international organizations on a range of developmental matters. He left an indelible mark on the Caribbean and tourism, and today we all benefit from his stewardship,” said Comito.