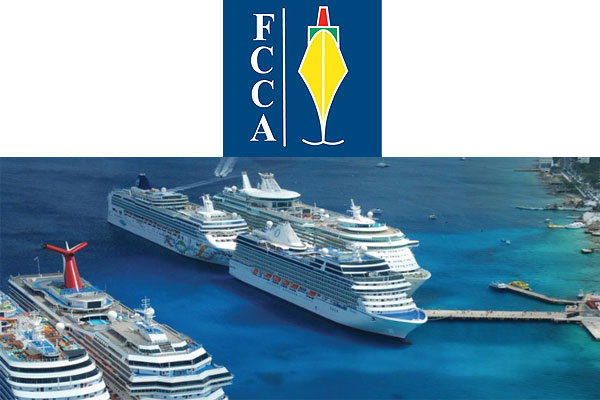 The Trade Show’s front-and-center location will capture the audience’s attention, with conference delegates and cruise executives entering and traveling through to access their one-on-one meetings, workshops, business sessions and registration.

PEMBROKE PINES, FLA. – Preparations are ramping up and booths are selling quickly for the 2017 FCCA Trade Show, the largest cruise tourism trade show in the Caribbean and Latin American region. Taking place in Mérida, Mexico from October 23-27 and joining the FCCA Cruise Conference, it will provide opportunities to target the 1,000 stakeholders from numerous sectors of the cruise and tourism industry, along with more than 100 FCCA Member Line executives, including presidents and CEOs, that will be on hand looking to source new and expand existing business.

"I am excited to see the destinations' and stakeholders' displays and demonstrations at the FCCA Trade Show," said Adam Goldstein, President & COO, Royal Caribbean Cruises Limited, and Chairman, FCCA. "This event gathers not only some of the cruise industry's most prominent players, but also many of the people and products I need to know and learn about, making it possible for us all to grow together."

"We have pulled out all the stops to ensure that Trade Show exhibitors will target the influential audience," said Michele Paige, President, FCCA. "From renewed events to retooled traffic flow and scheduling, we have thought through every detail so that Trade Show exhibitors will maximize the opportunities from having some of the most important figures from both the cruise lines and destinations' private and public sectors."

The Trade Show's front-and-center location will capture the audience's attention, with conference delegates and cruise executives entering and traveling through to access their one-on-one meetings, workshops, business sessions and registration.

Plus, there will be constant motion in the Purchasing Pavilion, where companies looking to supply products to cruise lines and/or stakeholders will attract a crowd with samples and host specialized pre-set one-on-one meetings with purchasing and supply chain executives from FCCA Member Lines. Purchasing Pavilion participants will also have access to networking events and a workshop with both the cruise executives and representatives from broadline distributors like Gordon Food Services (GFS) and Carisam.

The Pavilion represents the industry's and FCCA's efforts to strengthen its local purchasing efforts within cruise destinations, under the direction of Michael Jones, Sr. Vice President of Supply Chain for Royal Caribbean Cruises Ltd., and Chairman of the FCCA Purchasing Committee, who will participate at the event, meetings, and workshop along with a number of other decision-making procurement executives from FCCA Member Lines, including Julia Brown, Chief Procurement Officer, Carnival Corporation & plc, and Carl Robie, Sr. Vice President, Supply Chain & Logistics Management, Norwegian Cruise Line Holdings Ltd.

Considering these benefits, it comes as no surprise that Trade Show and Purchasing Pavilion booths are selling quickly, with everyone from destination ministries, port authorities and tour operators to service providers and local suppliers looking to target both stakeholders and cruise executives who decide where ships call, what is sold and used onboard and how to invest in destinations and infrastructure.