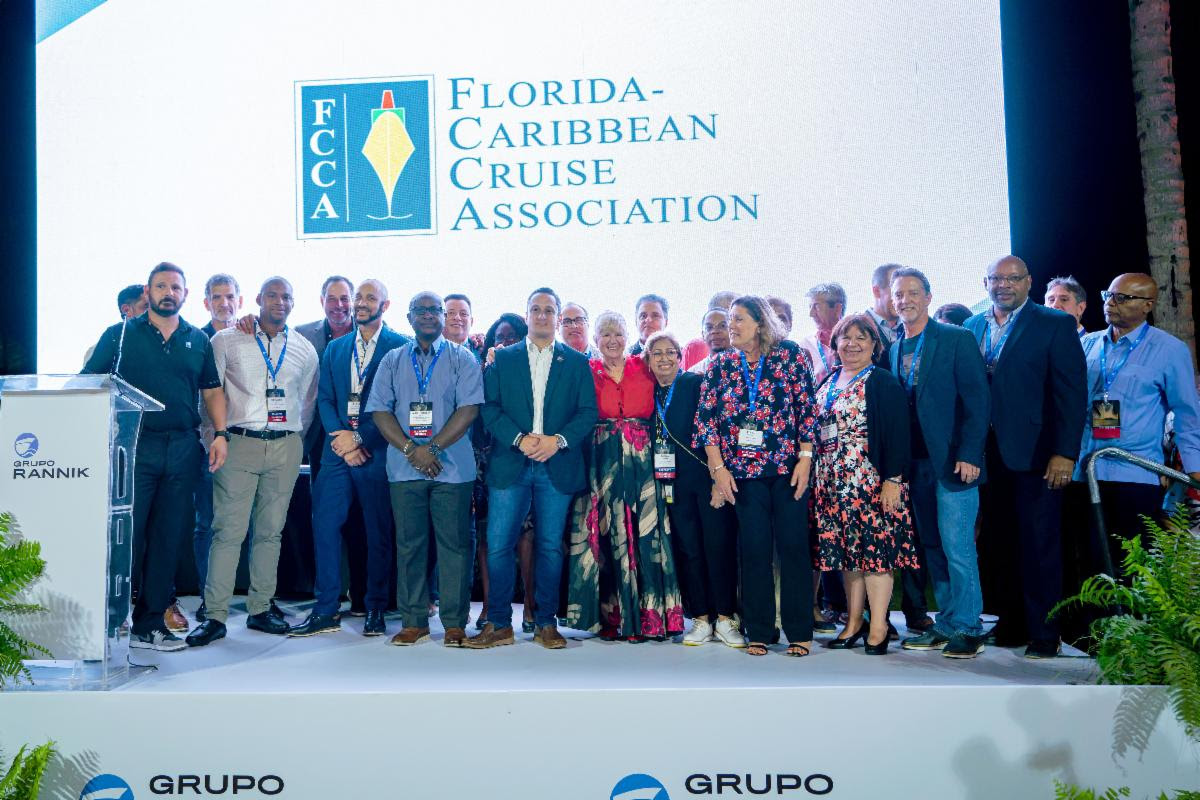 FCCA Platinum Associate members from ports and destinations to tour operators and suppliers celebrate their 20-year milestone as members.

Taking place October 11-14, the event featured its usual blend of workshops, meetings and networking functions for the over 500 attendees and 70 cruise executives, but with a new twist – or what Paige called a “new beginning” in her opening remarks – because of the enhanced communications and collaborations arising from the difficult pandemic.

“I want to applaud everyone throughout the Dominican Republic who coordinated this successful event and showcased the spectacular destination; it is clear that the country is committed to cruise tourism, which President Luis Abinader affirmed in his remarks and participation,” said Michele Paige, FCCA CEO. “It was also humbling to see the continued conviction in FCCA’s mission witnessed by all the attendees and cruise executives who joined to keep working together to build back better.”

Taking place October 11-14, the event featured its usual blend of workshops, meetings and networking functions for the over 500 attendees and 70 cruise executives, but with a new twist – or what Paige called a “new beginning” in her opening remarks – because of the enhanced communications and collaborations arising from the difficult pandemic.

That cooperation was evident throughout the entire agenda, with ways to seize the momentum being the talk of the event and including discussions of longer stays, overnights and homeporting, along with the importance of developing creative, customer-focused experiences to support the demand – and the direct ability for destination stakeholders to work with cruise lines on those goals available at the event.

Michael Bayley, President & CEO of Royal Caribbean International, echoed these sentiments in his opening remarks, noting the “better relationships” built by “work[ing] through a lot of issues and problems and challenges collectively as a team” – while showing the smoother seas ahead as evidenced by sailing above 100% occupancy and registering strong bookings and earnings.

How to capitalize on this for destinations – and the entire Caribbean and Latin American regions – was up front and center for 22 high-ranking government officials and a cruise executive panel including five Presidents and above from FCCA Member Lines, led by Josh Weinstein, President & CEO and Chief Climate Officer of Carnival Corporation & plc, who delivered remarks and comments at the Heads of Government Forum before steering the conversation to other potential mutual benefits, such as employment and purchasing opportunities.

Overall, partnership took the spotlight, and so did FCCA’s Strategic Partners, the Cayman Islands and the United States Virgin Islands (USVI). Kenneth Bryan, Minister of Tourism and Transport of the Cayman Islands, coordinated a dinner for the heads of government and shared the importance of working with FCCA to propel cruise tourism in this video, and the USVI delegation, led by Commissioner of Tourism Joseph Boschulte, was engaged and energetic as they interacted with Member Lines and other participants. Both also took part in the “Operating in a Post Pandemic World” workshop.

FCCA partners with the Cayman Islands on strategic development agreement