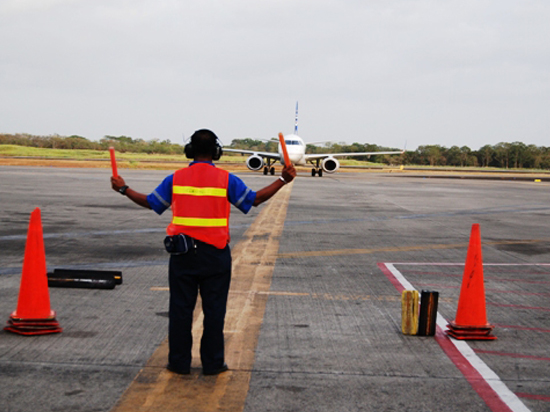 The main motive behind these lobbying efforts seems to be a desire to take advantage of an already difficult situation for the aviation industry, says ETF.

BRUSSELS – ETF (European Transport Workers' Federation) has decided to stop all activities related to DG MOVE in the air traffic management field for the next three months, after receiving several reports of employers being pushed by two of DG MOVE officials to lower ANSPs’ labour costs. ETF believes these activities are in line with the interests of airspace users. However, their interests cannot be protected and favoured over workers’ interests. This demonstrates, once again, the strong influence of airspace users over the European Commission to the detriment of other actors in the aviation system.

With these actions, the Commission has overstepped the boundaries of its role. Its duty is not to come up with such suggestion, as the institution does not have any competences regarding working relations between employers and employees. Such behaviour is also in conflict with the work of national authorities and tries to undermine them. National authorities have taken different approaches to deal with the COVID-19 crisis, and many put various employment protections in place to prevent a social crisis. It is unclear why two European civil servants believe it is in their power to push for laying off ANSPs’ employees and cutting their pay.

The main motive behind these lobbying efforts seems to be a desire to take advantage of an already difficult situation for the aviation industry. ANSPs have been facing a total absence of revenues since the beginning of March while maintaining 24/7 services. The work and dedication of ETF members need to be recognised, and all efforts directed at supporting ATM employees, instead of lobbying against them.

After providing continuous and flawless service during COVID-19, helping bring European citizens home and transport masks and other vital health care equipment, the news of DG MOVE working against ANSPs’ employees is a slap in the face. ETF condemns the civil servants’ actions during these already difficult times for aviation workers around the continent and demand clarifications on the subject. Until then, ETF is stopping our cooperation with DG MOVE in the field of ATM.

Cruise companies should continue to invest in sustainable technology