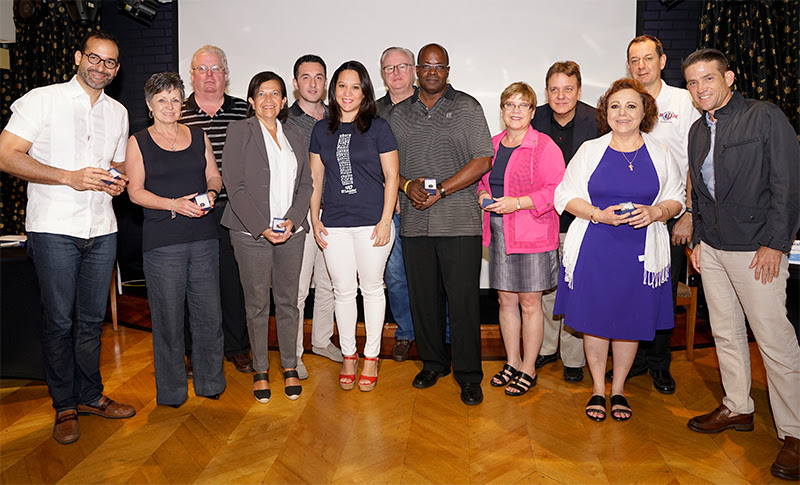 The Summit’s four-day itinerary sparked this synergy through features ranging from sit-down dinners to one-on-one meetings between Platinum Members and cruise executives of their choice.

Taking place onboard Carnival Victory, the event led to win-win situations through a series of meetings and networking events to discuss industry trends and standards and develop relationships and mutual benefits for the cruise lines and Platinum Members' companies and destinations.

"FCCA membership events like the PAMAC Cruise Summit are essential to both the members and cruise line representatives," said Adam Goldstein, president and COO, Royal Caribbean Cruises Ltd., and chairman, FCCA. "They join some of the industry's most influential decision makers with significant stakeholders from the Caribbean and Latin America, which leads to positive developments for all parties."

"The FCCA PAMAC Cruise Summit fostered more mutual growth for Platinum Members and Member Line executives," said Michele Paige, president, FCCA. "Bringing together these two parties lets them better understand each other, along with all current happenings and offerings, in order to synergistically grow and improve."

The Summit's four-day itinerary sparked this synergy through features ranging from sit-down dinners to one-on-one meetings between Platinum Members and cruise executives of their choice. The long-standing PAMAC Meeting allowed Platinum Members to present and discuss their latest happenings and receive input from a panel of executives.

This event is one of many that the FCCA coordinates for its Platinum Members and Member Lines to stay at the forefront of information about both the industry and members' companies and destinations, while finding ways to maximize the benefits for all.

FCCA partners with the Cayman Islands on strategic development agreement

Tourist scams are costing Britons hundreds, from excessive luggage charges to ‘friendly ATM helpers’ and that’s not all