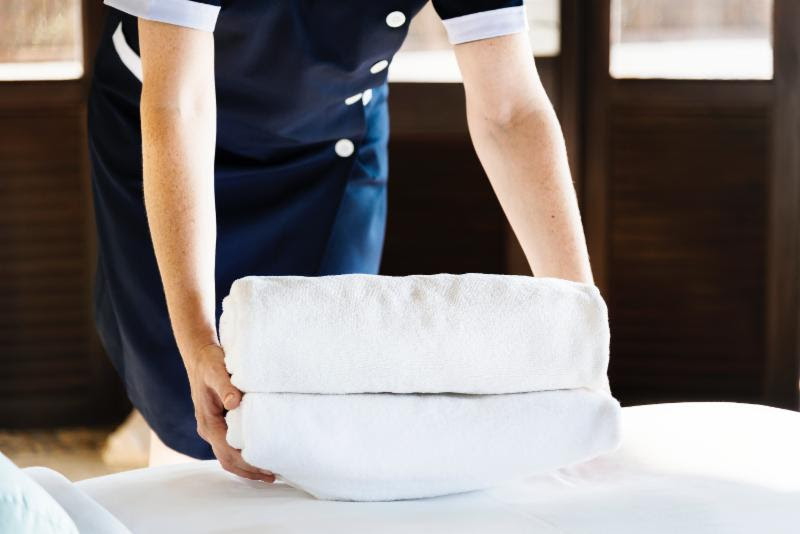 WASHINGTON – Hospitality is Working, an affiliate of the American Hotel & Lodging Association (AHLA), launched the Workforce & Immigration Initiative to emphasize the need for Congress to support the U.S. workforce and economy through bipartisan solutions to fix our nation’s broken immigration system. Accompanying the launch, the Workforce & Immigration Initiative released a six-figure digital advertising campaign in D.C. and key states, as well as a new survey underscoring voters’ support for reform that prioritizes the U.S. workforce, economy and securing the border.
Nearly all hotels are experiencing staffing shortages, and hotel employment remains down by more than 350,000 jobs compared to February 2020 according to the U.S. Bureau of Labor and Statistics. Hotels are looking to fill many of the jobs lost during the pandemic, including more than 105,000 hotel jobs currently open across the nation.
“Workforce shortages are severely impacting America’s economy, notably the leisure and hospitality sector, which is facing historic worker shortfalls. This crisis has contributed to high levels of inflation and restricted economic growth. Americans everywhere are feeling the impacts of these difficulties. To address the extraordinary workforce shortages, Congress and the administration must come together and find bipartisan solutions that include incorporating more immigrants into the American economy,” said Chip Rogers, president and CEO of AHLA. “The goal of the newly launched Workforce & Immigration Initiative is to highlight the historic opportunity to take action on this critical issue. Americans are demanding our that leaders in Washington put partisan politics aside and prioritize growing our economy and workforce, by developing an efficient and workable immigration system. The time to act is now.”
On behalf of the Workforce & Immigration Initiative, Global Strategy Group and Public Opinion Strategies partnered to conduct a survey of 1,014 voters nationwide from November 14 – 21, 2022 on immigration and other key issues facing our nation. Key findings include:
Follow TravelDailyNews International on Google News

AHLA secures changes to hotel loan program, up to $2 million per property