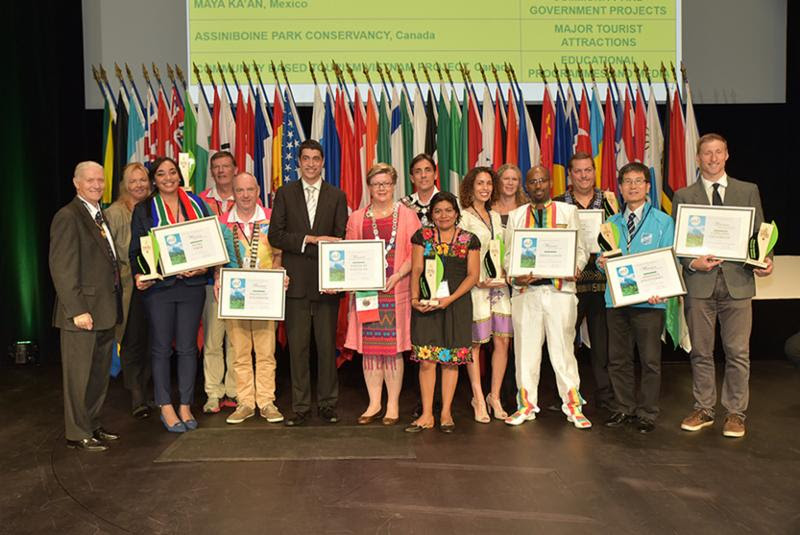 This year, 42 projects have competed in eight categories and the winners have officially been announced and congratulated on their results by Skal International Vice Presidents, David Fisher and Susanna Saari.

The fifteen annual Skal Sustainable Tourism Awards has taken place on Sunday 30 October 2016 in the frame of the Opening Ceremony of the 77th Skal World Congress held at the Grimaldi Forum in Monaco.

The initial awards were presented in 2002 following the United Nations declaration of 2002 as the Year of Ecotourism and the Mountains, to highlight and acknowledge best practices around the globe. The awards were launched to highlight best practices in tourism around the world and also serve the purpose of acquainting the world with this new concept that puts emphasis on the importance of the interaction of the physical, cultural and social environment the traveller's responsibility and the need for active community participation for Sustainability.

This year, 42 projects have competed in eight categories and the winners have officially been announced and congratulated on their results by Skal International Vice Presidents, David Fisher and Susanna Saari.

Skal International selects a panel of three distinguished experts in sustainability to evaluate the projects independently. The primary criteria for the evaluation are based on: