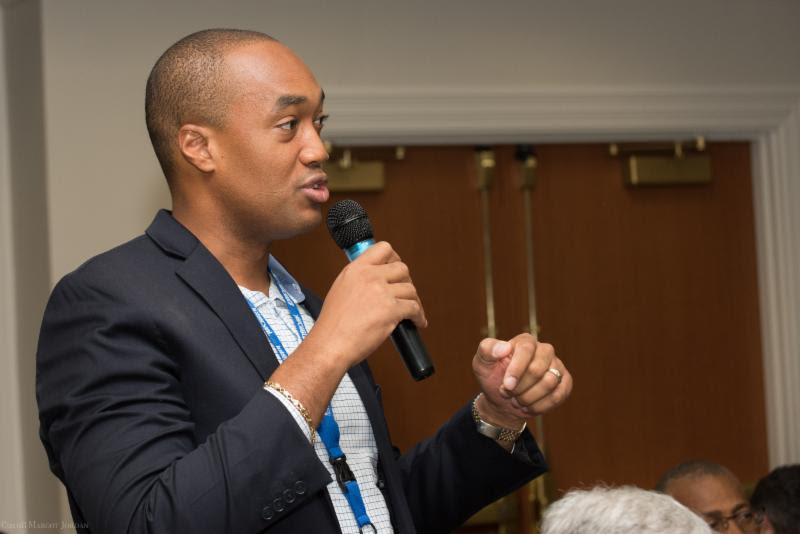 If implemented effectively, the TEF resources collected from visitors could generate nearly EC $1 million to bolster tourism-related initiatives, creating employment and providing other socioeconomic benefits for the island in the aftermath of last year’s Hurricane Maria.

ROSEAU, DOMINICA – The establishment of a private sector-driven Tourism Enhancement Fund (TEF) has the potential to be a "game changer" as Dominica rebuilds its vital tourism industry.

"With 500 rooms in stock, $2 a night at 60 percent occupancy, you would net about EC$600,000 a year, if there is 100 percent participation," he stated in his keynote presentation. This amount, Destang estimated, could grow to "close to EC $1 million in contributions" with additional rooms coming on stream along with participation from the alternative accommodations sector. "There's a lot of good that can be done in society and in the economy with that amount of money, if spent wisely."

Having served as the first Chairman of St. Lucia's TEF from 2013 to 2016, Destang hailed its virtues, disclosing the Fund has generated more than $7 million and fueled more than 500 projects.

The executive director of St. Lucia's award-winning Bay Gardens Resorts highlighted some of TEF's key projects, including its agricultural linkages program, workforce development and training programs, SLHTA young leaders program, sponsorship of the St. Lucia culinary team and the "Chefs in Schools" program, clean-up campaigns as well as local and regional disaster relief efforts, including assistance to Dominica in 2017.

"Our award-winning Virtual Agricultural Clearing House program has helped generate more than $1 million annually in sales for farmers from hotels and has cost us less than $100,000 a year," said Destang, addressing the meeting's theme 'Beyond Resiliency – Reigniting Our Growth Engine'.

He stressed SLHTA's success, which can be quantified in social and economic terms, has built tremendous goodwill and "has helped us to successfully argue that anything that helps improve the hospitality sector's performance can directly benefit society at large."

Noting other Caribbean nations have previously set up TEFs, he advised his Dominican counterparts to extensively consult with one another before applying a TEF 'to your own reality'. One option, Destang suggested, may be to make TEF contributions mandatory given the intimate size of the island's room stock. "My experience is that clients are quite happy to pay the fee once they understand what it is used for."

Commending Dominica for recent steps it has taken towards sustainability and resiliency (especially next year's ban on plastic disposables and Styrofoam containers), he noted its citizens have "a real opportunity to build back better and stronger".

In closing, Destang said the "Nature Isle" ought to leverage tourism's benefits and its linkages to lift its people out of poverty. Although tourism's resurgence must be driven by the private sector, he said government will need to provide important facilitation through policies, capital access, infrastructural investment and ensuring ease of doing business. However, government and the DHTA alone cannot reignite the country's growth engine, Destang counselled. Buy-in from civil society is crucial. "In Dominica, I see tremendous potential. Nature and eco-tourism is a growing niche which you have mastered," he said.

Describing Dominica as "authentic and unspoiled", he concluded: "We try to manufacture that now and you have it naturally. You are literally the last of your kind in this part of the world and a critical part of Brand Caribbean. The entire Caribbean is rooting for you and eagerly awaits your comeback – but none more than your sister island, St. Lucia."