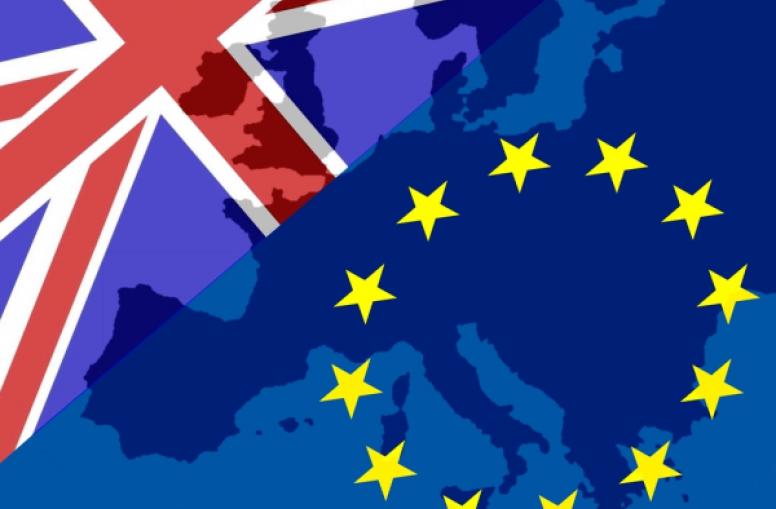 IATA released preliminary analysis of the financial and economic impact of the Brexit decision on the air transport industry. Preliminary estimates suggest that the number of UK air passengers could be 3-5% lower by 2020, driven by the expected downturn in economic activity and the fall in the sterling exchange rate.

Statement of G7 Finance Ministers and Central Bank Governors
We, G7 Ministers and Governors, respect the intention expressed today by the people of the United Kingdom to exit from the European Union. We are monitoring market developments following the outcome of the referendum on the UK’s membership of the EU. We affirm our assessment that the UK economy and financial sector remain resilient and are confident that the UK authorities are well-positioned to address the consequences of the referendum outcome.

We recognize that excessive volatility and disorderly movements in exchange rates can have adverse implications for economic and financial stability.

G7 central banks have taken steps to ensure adequate liquidity and to support the functioning of markets. We stand ready to use the established liquidity instruments to that end.

We will continue to consult closely on market movements and financial stability, and cooperate as appropriate.

We remain united and continue to maintain our solidarity as G7.

IATA Report: The impact of 'Brexit' on UK Air Transport
The International Air Transport Association (IATA) released preliminary analysis of the financial and economic impact of the Brexit decision on the air transport industry.

"The Brexit vote has triggered much uncertainty – financial and otherwise. As leaders in the UK and the EU work to establish a new framework for their relationship, one certainty to guide them is the need and desire of people on both sides of that relationship to travel and trade. Air transport plays a major role in making that possible. There were 117 million air passenger journeys between the UK and the EU in 2015. Air links facilitate business, support jobs and build prosperity. It is critical that whatever form the new UK-EU relationship takes, it must continue to ensure the common interests of safe, secure, efficient and sustainable air connectivity," said Tony Tyler, IATA’s Director General and CEO.

The main points of the report are:

PwC comments on potential consequences for the airline industry
Ben Paul, PwC partner and airline industry leader, said:  “The decision to leave the EU has profound implications for our aviation industry, with issues ranging from access to the single aviation market to sector financing and infrastructure investment.

“Leaving the EU has wider implications than just access to the European market. EU-level air services agreements with countries like the US, Canada, Brazil, Morocco and several others will need to be renegotiated – and conditions enjoyed currently by airlines may not be easily replicated.

“There is much to accomplish to avoid serious disruptions to the industry, making it vital for the UK Government and industry work together to secure a positive outcome for our aviation sector. We are committed to working alongside them as they adapt to these new market conditions.”

GBTA
In a referendum vote yesterday, the people of the United Kingdom have voted to leave the European Union. The following statement can be attributed to Michael W. McCormick, GBTA Executive Director and COO of the Global Business Travel Association (GBTA) – the voice of the business travel industry:

“The outcome of the UK’s referendum heralds a period of change within the EU. During this time, GBTA and its partners across Europe and in the UK will continue educating its members on the impact for business travelers and the business travel sector and will work together to promote and defend the interests of the business travel industry.”

“While it is impossible to immediately assess the implications of the result on the UK, European and global economy and on international relations and world order at this point, GBTA remains committed to the same principles it always holds strong: ensuring business travelers maintain freedom of movement, business is not disrupted, travel infrastructure remains strong and programs and bilateral agreements that facilitate safe and secure travel like the EU-US visa waiver exemption continue. As the UK and EU move forward with the next steps, GBTA will advocate for these principles.”

Olivier Jankovec, Director General of ACI Europe commented “The EU and the UK are faced with the challenge of establishing a new relationship. While there is for now much uncertainty as to what will be the model, structure and modus operandi for this new relationship, it will be essential that it allows for the UK and EU aviation markets to remain fully integrated and based on totally aligned – if not common – rules. The EU’s single and fully liberalised aviation market has delivered tremendous benefits for consumers and businesses across Europe – with increased air connectivity at lower fares at its core. By putting so many airports not just on the European but also the global aviation map, the single European aviation market has transformed them into engines of growth for their communities – especially in the regions. We simply cannot afford to go backwards on what is now one of the backbones of our economies.”

He added “Securing legal certainty over the continued integration of the EU and UK aviation markets must be one of the key priorities of the future EU and UK relationship. This is about avoiding any risk in terms of connectivity and business disruption. As the voice of Europe’s airports both within and beyond the EU, ACI Europe will pursue this agenda on behalf of its members.”

ACI Europe is also urging the UK and the EU to keep a common aviation security agenda – with a focus on reinforcing cooperation on intelligence & data sharing to effectively address terrorism threats.

Professor Dimitrios Buhalis, Head of Department of Tourism and Hospitality at Bournemouth University says about the impact on tourism: “Nothing is going to happen immediately. It’s going to take a while until things settle down, and until the UK asks for article 50 to be activated. Even then there’s going to be a long process, so nothing is going to happen immediately as far as travel is concerned, in terms of passports and visas.

In the longer term people might need visas, unless there are bilateral agreements between different countries. Travel will be restricted. One of the things that has happened is because the value of the pound has dropped, for the time being, holidays abroad are more expensive. If the trend continues we’ll see more people staying in the UK and doing domestic travel – staycations, like they did back in 2007-2008 when the economic crisis hit us.

The more restrictions you have, the higher the cost of operations is, and the price of flights could increase. Most of the petrol airlines are buying is priced in dollars, and the fuel will cost them more to fly.

Any European airline can operate between any airport regardless of where it is in the EU. But with new restrictions in place there need to be new agreements brought in. The UK will have to have an agreement with France to stop visas being required for travelling through the Channel Tunnel. If the UK needs visas for foreigners to visit the UK then it’s likely they would be imposed on UK citizens – it’s a reciprocal thing.”