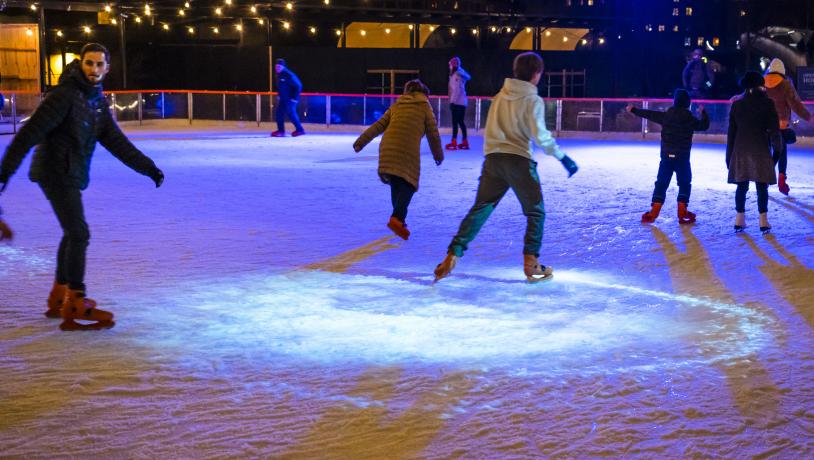 Things are buzzing behind the scenes at Copenhagen Light Festival, with work being done to provide visitors with even more spectacular light installations.

More than 35 installations are divided into three groups: ‘Artistic’, ‘Architectural’, and ‘Experiences’.

Copenhagen Light Festival – bigger than ever

Copenhagen Light Festival will present over 35 installations. The installations will primarily be set up along the harbor, but will also make appearances at 11 locations on the outskirts of the municipality, for example in the areas Bavnehøj, Remiseparken, Ørestaden and Brønshøj. For the inner city locations, planned routes of 2, 5, and 10 km, to walk or cycle, will be available via the mobile app, which will also provide information about each installation as well as a map over the users proximity to each installation.

“We hope that many Danes and foreigners will again visit Copenhagen during the winter holiday and spend a few days seeing the installations. We are attempting to accommodate our guest’s wishes for installations that are of a high artistic caliber and which also provide fun family experiences,” says Jesper Kongshaug, the festival’s curator and head of board of directors over the last 4 years.

Copenhagen Light Festival is free and designed for everyone

This year, the installations will be divided into 3 groups: ‘Artistic’, which strive to communicate specific messages; ‘Architectural’; and ‘Experiences’, that speak to the whole family, young and old.

For example, in the mobile app, under ‘Experiences’, guests will be able to go on a treasure hunt of light installations, find a number of installations, and win a warm or cold beverage in the festival’s ‘light-trucks’, which will be set up along the planned routes in the inner city. The artistic and architectural installations will also be featured on the mobile app.

Guided tours, parties, treasure hunts, and food & beverage stalls are being set up for Copenhagen Light Festival, which runs from February 3-26.

Guided tours have in recent years sold out. This year there will be extra guides for tours on Copenhagen’s canals. Already now it is possible to book a place on the festival’s beer-, wine-, and dance-tours, as well as other thematic guided tours, either walking or biking via the mobile app. There will also be guided tours available for blind persons, arranged by the Danish Society of the Blind.

Strata welcomes Back Lacey Lockhart as its Spa Manager