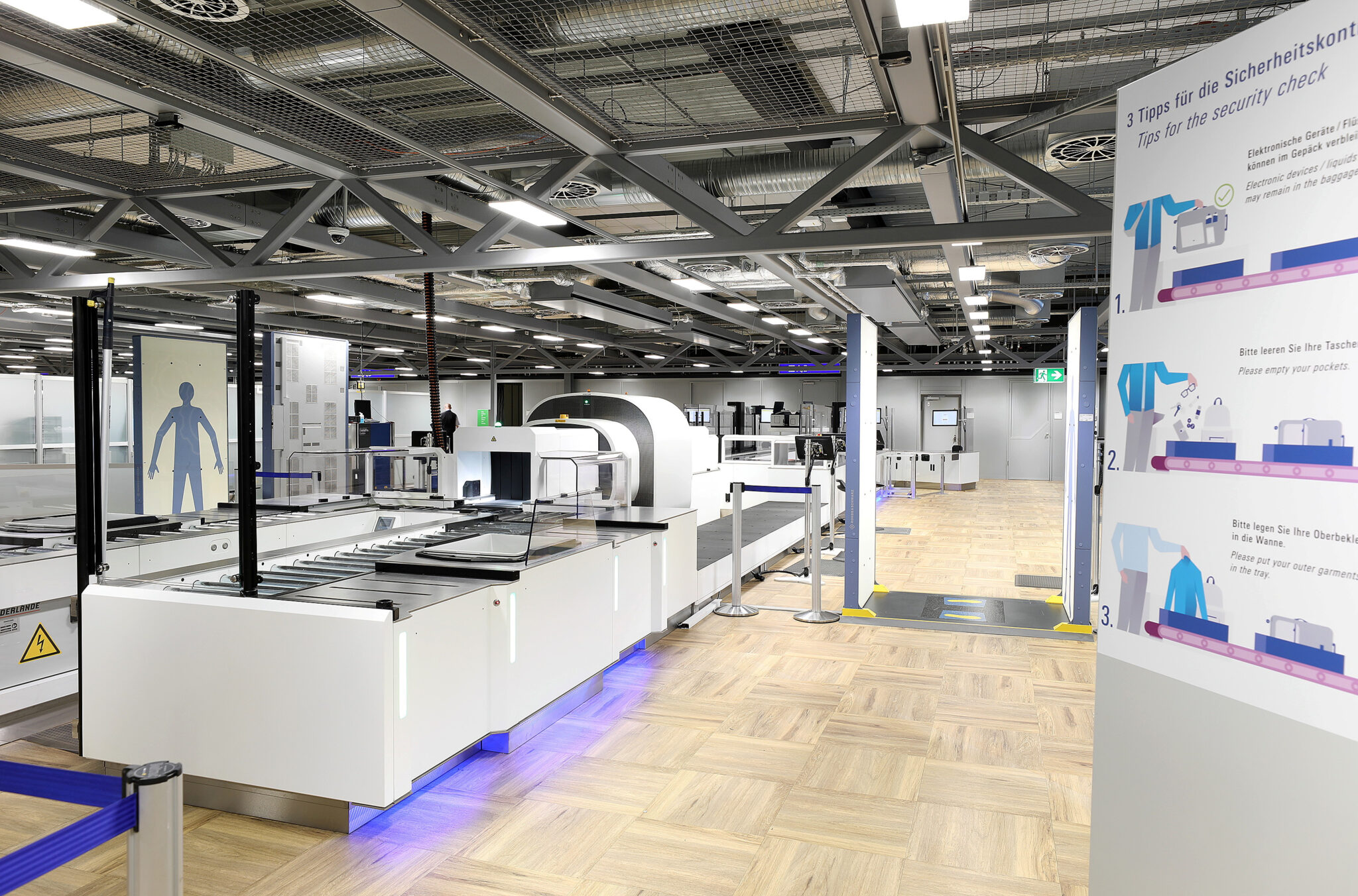 Since January 1, 2023, Fraport has assumed responsibility for the organization, management, and performance of the security checkpoints at Frankfurt Airport (FRA). The German Federal Police, who were previously tasked with these responsibilities, will continue to hold statutory oversight and supervision roles, as well as overall responsibility for aviation security. They will also continue to provide armed protection at checkpoints, certification and approval of new checkpoint infrastructure, and handle the certification and recertification process for aviation security personnel. Three service providers have been commissioned to conduct passenger screenings on behalf of Fraport AG from January 1, 2023: FraSec Aviation Security GmbH (FraSec), I-SEC Deutsche Luftsicherheit SE & Co. KG (I-Sec), and Securitas Aviation Service GmbH & Co. KG (Securitas). In addition, state-of-the-art CT scanners from Smiths Detection have been deployed at six selected aviation security lanes since the start of the year. The German Federal Police tested the reliability of the CT technology during a trial run in September 2022.

Also helping to make the security checks run conveniently and efficiently is the “MX2” lane design from Dutch company Vanderlande. The innovative concept, which uses a CT scanner from Leidos, is being implemented for the first time worldwide. Passengers can place their hand luggage on both sides of the CT/checking equipment and retrieve it in the same way. The trial operation got underway in Terminal 1’s Concourse A in January 2023.

Fraport’s CEO Dr. Stefan Schulte said: “I’m pleased that Fraport – as the operator of Frankfurt Airport – is now able to assume more responsibility for security checks. This will allow us to bring our experience and skills into the operational management of aviation security. By deploying new technology and innovative lane designs at Germany’s largest aviation gateway, we can provide our customers and passengers with greater convenience and shorter wait times, while maintaining our high security standards. Over the past few months, our team worked towards this starting date quickly and with a high level of commitment. The transition ran smoothly from the outset, thanks to our partnership with the security service providers FraSec, I-Sec, and Securitas. I offer my sincere thanks to everyone who was involved.”

Schulte added: “I would also like to thank our partners from the German Federal Interior Ministry and the German Federal Police for taking such a cooperative approach and being trusted partners on the road towards our new ‘Frankfurt Model’. One thing will remain the same: in aviation, security is always the highest priority.”

Nancy Faeser, Federal Minister of the Interior and Community said: “It is good that Fraport AG has taken over management and organization of the passenger security checks at Frankfurt Airport this year. We are convinced that police officers are deployed much more sensibly in the area of operational police tasks. However, one thing is also very clear: there are no compromises when it comes to aviation safety.

The corona pandemic has led to massive personnel problems in air traffic, including also airlines and airports.

The government supported airlines and airports with billions during the Corona period. We are now experiencing significantly more people travelling again. This is good news for the aviation industry, but also a challenge for all stakeholders involved. Because travelers rightly expect the functioning of the control and handling processes. And this must be clearly said: After the Corona period, travelers experienced some bitter disappointments with flight cancellations and very long waiting times. The airlines and airport operators have an obligation here – in the interest of the traveler. And, in the interests of the general public also, which carried the aviation industry through the severe crisis.”

Carsten Spohr, Chief Executive Officer of Deutsche Lufthansa AG, said: “The implementation of the new CT scanners in Frankfurt is good news for our passengers. The use of this next-generation technology will speed up and facilitate security checks for passengers. The successful launch of this project in a new spirit of cooperation at Frankfurt Airport has demonstrated that we can make a difference if airlines, airports, and the government join forces. In the future, long lines at the security checkpoints in Frankfurt can be avoided. In turn, the new ‘Frankfurt Model’ can also serve as a good example for other airports. This is essential to ensure the global competitiveness of Germany’s aviation industry in the long term.”

The computer tomography (CT) technology used in the CT scanners, which are also widely deployed in medicine, will facilitate reliable, rapid, and differentiated scanning of all kinds of materials and objects. For passengers, going through the security checks will become much more straightforward: at the new security checkpoints, liquids up to a maximum of 100ml, smartphones, and other electronic devices no longer have to be presented separately but may remain in hand luggage.

In addition, 3D scans will make the job easier for staff working at the checkpoints. The new technology will reduce the number of secondary checks needed and will ultimately lead to shorter wait times. In the long term, Fraport plans to deploy the new equipment across all checkpoints.