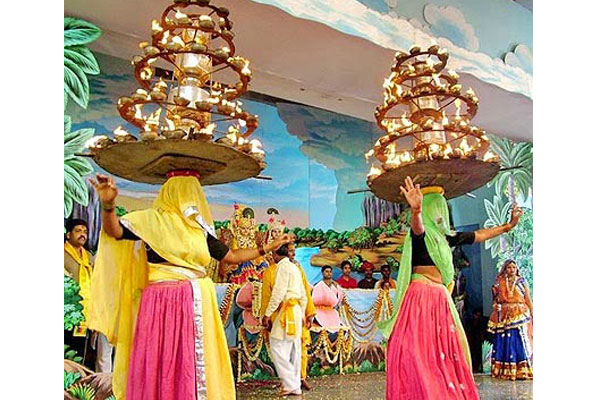 India, always mangled between urban and rural area. The Indian society is very peculiar in diversity in all domains. Indian folk and tribal dances have grown through the years and are the result of varied socioeconomic backgrounds. Almost every day in India, festivals and festivities, and dances are held to show joy and festivities. The richness of Indian culture has been introduced with every festival as they are an important part of social environment. Many folk and tribe dances are present,

India, always mangled between urban and rural area. The Indian society is very peculiar in diversity in all domains. Indian folk and tribal dances have grown through the years and are the result of varied socioeconomic backgrounds. Almost every day in India, festivals and festivities, and dances are held to show joy and festivities. The richness of Indian culture has
been introduced with every festival as they are an important part of social environment. Many folk and tribe dances are present, and virtually all have grown and improvised continuously. The rural front in India, more likely to be a wonderland which arises brainstorming towards a lot of mysteries. It’s not only about ride on a bullock cart, bathing under submersible pumps in the farms, sleeping under the banyan tree…but it is quite more. Yes, giving emphasis on rural tourism, talking about a very small village “Mukhrai” of Uttar Pradesh. Blessed with cultural richness, Uttar Pradesh has grabbed the attention of the tourists with its popular folk dance and music.

Mukhrai, a rural destination in India near Mathura, linked to the legendary "Charkula" dance. In Braj, Uttar Pradesh, it is widely practised. The Charkula Dance from the Braj area in Uttar Pradesh is one of the most beautiful folk dance in Northern Part of India, with more than 100 oil lamps played on your back, to enjoy the fascinating view. This dance is done only by
women who have a scarf, locally known as "Odhni" covering their face and ears. They balance onto their heads a large multi-stage, revolving wood pyramid called "Charkula," which is the name of the dance. The women perform the art on Krishna's and Radha's songs. The songs which celebrate the couple's everlasting love are named "Rasia" in sync with the success of the dancers.

The legendary past of Krishna is full of Brajbhoomi. Charkula is a dance form due to Krishna's birth. It is from the time of the Hindu mythological Lord Krishna.

According to another dance legend, the art form is believed to be a sign of Krishna's victory over the "Indra" King of Gods, and of the cowherd Mathura people.In particular, the women in the Mukhrai village of Mathura, including Krishna raised Govardhan Parvat, have 40 to 50 kg of weight on their heads to shield the village from the rain.

Therefore, in the Braj area of Uttar Pradesh it's not unexpected. This impressive folk dance is followed by numerous tales. One tradition says that Radha's mother, Krishna's consort, ran away for the news of her birth bearing on her head Charkula or oil lamps. This dance has since become a tradition on auspicious days, but mostly on the third day after Holi, Radha's day was born and called "Dooj" in particular by women. The other legend says that Mathura's milk sisters re-enacted the sight where Krishna held Govardhan on his finger to shield people from the storm. The love interest of Krishna, Radha, is believed to be born on this desirable day.

The area of Braj is well considered to be connected to the Hindu divine Krishna. It is due to a range of successful opportunities and festivals in the province. Slim, robust and brave women are the female charkula dancers. The performance varies typically between 15 minutes and 3 hours! The number of participants varies between 5 and 50 and male singers and dancers are also present at the climax.The Brahman people of Mathura performed this Indian tribal dance literally. The Hindus population in the district of Mathura is very dense. Thanks to its rising success, Charkula dance became Kathak&#39;s next successful dance in UP and one of India's eight classical dances. During the act, the girls began raising Charkula over their heads to symbolise the hill. This ancient style of dance represents the way people live and believe. It is a re-enactment of the Deity Goverdhan Leela, a sign of joy and prosperity in the country. In contemporary times, institutions of education promote this style of art in their cultural activities, while the worldwide forum also focuses on Charkula dance from countries along the shore.

Mukhrai's folk dance style is becoming so popular that recognition is gaining in the entire world. The village of Mukhrai is recognised internationally for its distinctive dance style. Charkula dance acts as a driving force in rural visits in the Braj region, while Lord Krishna and Radha Rani are also linked to explore rural tourism in Mukhrai in the nearby villages and many religious places such as Vrindavan, Goverdhan,Barsana etc.

Ruchika Kulshrestha is working with Amity School of Hospitality, Amity University, Haryana as Assistant Professor and Programme Coordinator (Tourism).She has done her Ph.D (Tourism) from Jiwaji University, MBA (Tourism) from IIPS Indore and UGC NET (Tourism Management) qualified. She has also got the opportunity to be as a session chair at the places like IIM Kashipur, DSMS Durgapur. Her research interest pertains to areas of Heritage Tourism, Community Development, Tourism marketing, Tourist Behavior. Working in these areas she had an opportunity to present her work at various avenues.

This author does not have any more posts.

Trends and opportunities for ground transportation