7 things to know before traveling to Norway 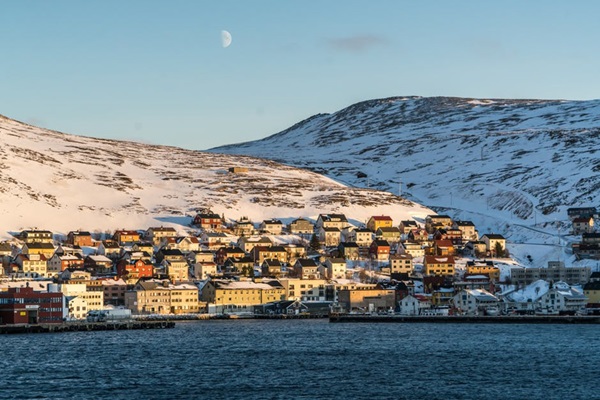 From the bustle and charm of Oslo to the smaller villages, there’s so much to see and do in this Scandinavian country.

With so many stunning photos of Norway popping up on travel blogs and Instagram, it’s no wonder this is one of the most popular travel destinations in Europe. Norway has some of the most stunning natural wonders in the world like the Northern Lights and the mighty fjords. From the bustle and charm of Oslo to the smaller villages, there’s so much to see and do in this Scandinavian country.

1. Norway is a large country
Unlike other European countries, Norway is quite large. It’s over 140,000 square miles long stretching out far from north to south. Driving from Southern Norway to Northern Norway can take over 40 hours non stop. It’s not likely you’ll be able to fit everything into a short trip, and even then you need to be prepared to do some driving.

A good way to see the best sights is to look into Norway Tours. These tours will take care of the transportation so you can take in the highlights without worrying about driving yourself between cities. Otherwise, plan to stay in Norway long enough to knock out everything on your to-do list.

2. National parks are free
In most parts of the world, you can expect to pay a fee to enter most National Parks or outdoor areas. In Norway, this isn’t the case. Because of a concept known as “Allemannsretten,” all public lands are free to access to everyone, even outsiders. The term itself literally means the right to roam or the right to access. It’s developed from ancient times, and now it’s a staple of Norway’s outdoor culture.

3. Norway has seasons
A lot of people make the mistake of assuming Norway is freezing cold all the time. While it’s true Scandinavia is known for its harsh winters, this isn’t the case all year round. There are four distinct seasons in Norway, and many attractions are only available during certain parts of the year. You’ll want to do research to ensure everything is open during your visit. It can actually be quite warm in the summer months, so you’ll need to pack accordingly.

4. However, bring an extra layer
While it’s true that Norway isn’t cold all year, you should still be prepared. The weather is notoriously unpredictable in Norway, and that means you’ll need to have an extra jacket and raincoat even in the summer months. This is especially true if you plan to hike or spend a lot of time outside. Things can change quickly, so be prepared with an extra layer.

5. Norway is expensive
Even though the Norwegian Krone is weaker now, Norway is still an expensive country compared to other parts of Europe. If you plan to eat out, you’ll likely experience a higher bill than you would at home. You’ll want to include some extra room in your budget for the cost of food and other things.

One good way to keep costs low is to eat food from supermarkets. There isn’t a big culture of eating out in Norway, mainly because of the cost of food. For a real, local experience, buy some staples from a grocery store and cook your own meals.

6. Beware of the midnight sun
You’ve probably heard of Norway’s midnight sun, but it isn’t always what you think depending on the time of year you visit. During the winter, Northern Norway experiences something known as polar nights. That means the sun never rises above the horizon, and it’s essentially dark all day. In the summer, the opposite is true. The sun never sets completely.

7. Norwegian people seem cold
While most Norwegians are kind, genuine people, the Norwegian culture is not as warm and welcoming as other parts of the world. Until you get to know a person, you might think they’re cold and rude. A lot of travelers take offense to this until they realize it’s just a cultural difference. When traveling in Norway, you’re sure to meet a variety of lovely people, but don’t take their aloof nature the wrong way if they aren’t chatty at first.

Norway has been named one of the best places to live several times, and it’s easy to see why. In addition, it’s exceptionally safe and accommodating for travelers. As long as you’re familiar with the things above, you’ll be ready to explore this beautiful part of the world.

Travel Smart: 5 world destinations where your dollar gets you more

Become a Staycationista with this new South Florida booking site