Air travel with a vape pen: Five do’s and don’ts 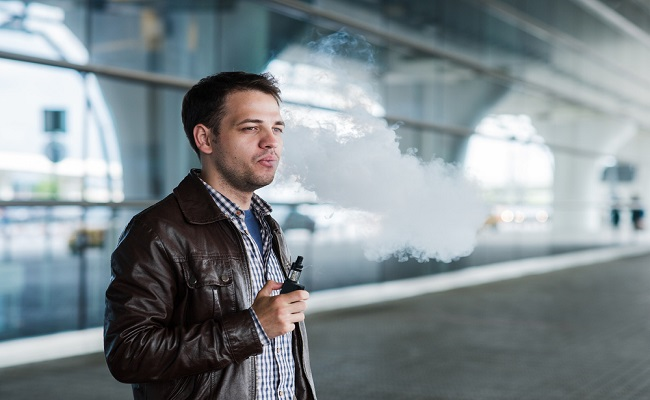 Here are some do’s and don’ts before leaving for the airport to avoid getting into trouble with the law or receiving hefty fines for carrying a vape pen.

Vaping has been around for over a decade, yet travelers still have restrictions and precautions to worry about. Although most airport personnel are familiar with vaping, some airlines could still refuse travelers to board the airplane if they refuse to leave behind their vaping equipment.

With many countries reviewing their stance on vaping in general, travelers should always be aware of the latest regulations before planning their next trip to be on the safe side. Unfortunately, the jury is still out on the subject in some areas, yet laws could change at the drop of a hat.

With that, here are some do’s and don’ts before leaving for the airport to avoid getting into trouble with the law or receiving hefty fines for carrying a vape pen in your carry-on luggage or a jacket pocket:

The do's of flying with a vape pen
Taking a drag from a favorite vape could be one of the best feelings for vapers, but unfortunately, not all airports and countries share this sentiment. For this reason, vapers should remember the following do's before visiting a vape pens store and packing their things for their upcoming trip:

It’d be good to note as well that while some airlines and countries would allow you to bring your vape gear with you, vaping on airplanes won’t be allowed, but some airports have designated smoking areas. With that, ensure you familiarize yourself with airport regulations to avoid penalties.

The don'ts of flying with a vape pen
Even with all the do's, there are some don'ts to remember before traveling. These include:

Wrapping it up
With your upcoming trip just around the corner, taking your vape pens with you wherever you go may seem like a fantastic idea. But unfortunately, this may not be possible. Depending on your destination, there could be strict rules and regulations.

As long as you keep in mind the do's and don'ts of traveling with your vape pen, you shouldn't have any significant problems while enjoying the new sights and sounds. More importantly, it’s best to familiarize yourself with the laws on vaping in your travel destination.