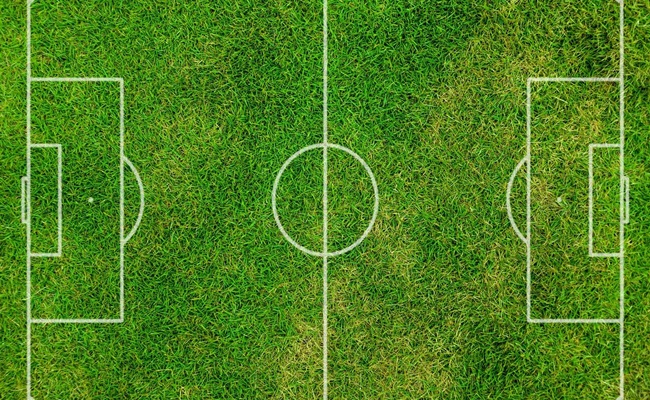 The entertainment capital of the world seeks to cash in on the appeal of team sports.

Less than a decade ago, Las Vegas didn’t even have any major professional sports franchises, boasting little more than a handful of minor league teams with mixed fortunes. Now the fabled Nevada city is home to the Las Vegas Raiders in the NFL, the Vegas Golden Knights in the NHL, and the Las Vegas Aces in the WNBA.

In the past, the biggest sporting attractions hosted in Las Vegas typically revolved around boxing, as legendary names in pugilism contested for world titles, boosting visitor numbers at the most iconic resort hotel and casino venues. But in recent years the panorama has changed significantly, as the entertainment capital of the world seeks to cash in on the appeal of team sports.

The latest key attraction is elite soccer, which may seem quite surprising, considering Las Vegas withdrew from bidding to become a host city for the 2026 FIFA World Cup. According to the Las Vegas Review-Journal in 2018, this was apparently because around $750 million in public money would have been required, which the Las Vegas Convention and Visitors Authority (LVCVA) considered to be prohibitively expensive. This would have been on top of the costs involved in building the Allegiant Stadium.

Numerous prerequisites were needed for Las Vegas host World Cup games, including dedicated training facilities for visiting players and staff, above and beyond those already located within the city and surrounding area. Likewise, existing venues and facilities at the time did not meet many of the stringent FIFA requirements, including those regarding privacy and security needed by teams during the international tournament.

While it is unfortunate that Las Vegas will not be part of the World Cup celebrations in 2026, considering the tournament is hailed as the greatest showcase of soccer on Earth, other opportunities to host the ‘beautiful game’ on The Strip have been explored. What’s more, these alternative opportunities are far more lucrative, and far less of a gamble compared to heavy investment in the one-off hosting of World Cup matches.

Games of chance are one of the cornerstones that made Las Vegas what it is today, including row upon row of brightly lit slot machines we find in modern casinos. Of course, these days we can play such games without even travelling to the city these days, which is highlighted by over VegasSlotsOnline boasting over 1 million visitors each month, where they can find more than 10,000 free and real money slots to enjoy.

But when it comes to backing soccer events in Las Vegas, there was no spinning reels or taking of chances involved. Instead of going for a short-term boom during the 2026 World Cup, which required a significant wager of public funds, city officials and events organizations hedged their bets. Las Vegas can still host attractive matches featuring some of the most famous clubs in world soccer, featuring players who are famed for their talents around the whole globe.

Back when the Las Vegas Stadium Authority was preparing plans for a 65,000-seat indoor football stadium, that would eventually see the Oakland Raiders franchise move and become the Las Vegas Raiders, hosting World Cup games was one of the incentives to coax investors. However, once that particular desire was proven to be impractical because of additional costs, use of the stadium for other events was key to the $1.9 billion project being successful.

Once opened in July 2020, along with being primarily a home for American football and the Las Vegas, the magnificent Allegiant Stadium has increasingly been used as a concert venue, where many of the biggest acts in the music industry have played before massive attendances. The WWE SummerSlam was also held at the venue in August 2021, as the first professional wrestling show to be held at the stadium.

The very first professional soccer games at the Allegiant Stadium also took place in August 2021, when the United States beat Mexico 1-0 in the CONCACAF Gold Cup Final, roared on by 61,514 fans according to the official spectator numbers. Then in September 2022, Mexican side León beat MLS outfit Seattle Sounders FC in the 2021 Leagues Cup Final. Both events proved the allure of Las Vegas as a great location for soccer matches.

During the month of July 2022, the Allegiant Stadium will host three exciting exhibition matches, featuring some of the biggest clubs in world soccer. English giants Chelsea takes on Mexican side América on July 16, followed by Italian aces Juventus against Las Chivas of Guadalajara. But the biggest game of them all follows just a few days later, when Spanish titans Real Madrid and Barcelona clash in Las Vegas on July 23.

Known as El Clásico in Spain, matches between Real Madrid and Barcelona typically attract the biggest TV audiences for any club matches in world soccer, largely due to being the most followed teams and boasting millions of supporters around the whole globe. Playing such a high-profile game in Las Vegas will be a boon for the city, with tens of thousands visiting the city and vacationing here just to witness this remarkable spectacle. In fact, tickets for the game sold out within days of going on sale.

Such is the global impact of soccer, especially when matches feature star players, Las Vegas has made the wisest move in hosting these high-profile exhibition games. In the long run, this approach is likely to be much more lucrative than hosting World Cup matches, and with the added benefit of not having to invest nearly as much money, as the local economy reaps the rewards of adding soccer to the lengthy and varied list of amazing attractions in Las Vegas.

Image by smirnoff-nw from Pixabay

Why travel to a casino when you can play from home