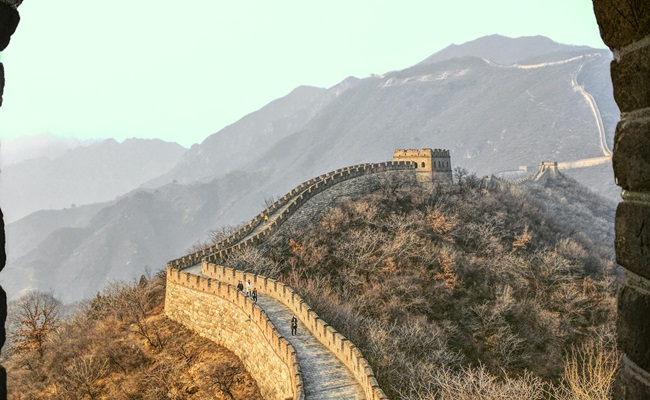 To help you plan your journey, we have detailed five amazing locations within China for you to explore.

To some people, traveling is about seeing new sights. To others is about exploring a life completely different from your own. But for many of us, a great vacation means trying food and flavors you have never experienced before.

China is a perfect example of varied and delicious food creations rarely seen outside of their own country. Although neighboring communities may share in their delicacies, most Chinese dishes haven’t made their way to Western shores yet.

Before you start shaking your head and pointing at your local Chinese takeaway, remember that most of these restaurants have been catered to succeed in Western culture. To taste the real experience of Chinese cuisine, you need to travel through the land yourself.

To help you plan your journey, we have detailed 5 amazing locations within China for you to explore.

Hong Kong
The first stop on your culinary journey should be in Hong Kong. Hong Kong is a unique city, due to its political connections to mainland China and Britain. Until 1997, Hong Kong was considered part of the British Empire, but as the year came to a close China took over administrative control over the city.

We won’t touch on the political tensions caused by the change, but instead want to bring to light the unique culinary delights this collaboration brought. Meals such as sweet and sour pork, wontons, roasted goose, and chicken balls all originated in this city.

But as you can expect, the original location of a meal will have more variety and depth of flavor than any Western comparison.

Starting your journey in Hong Kong will allow you to bridge the gap between what you know and what you can learn on this journey.

Yangzhou
Once upon a time, Yangzhou was one of the wealthiest cities in China. It sits on the Grand Canal north of the Yangtze river and was the most important stop for the salt trade in the world. Now the city is best known for its industrial processing companies, but its history still lives within its food.

A famous dish from this city is yangzhou fried rice – a unique take on the classic fried rice delicacy. Honest Food Talks explain the history, creation, and flavors of this dish extremely well, so click on the link above if you want to learn more.

Beijing
Beijing is famous for its roasted duck – also known as Peking duck. Although you may find similar creations in your local Chinese restaurant, they will not compare to the fresh ingredients and centuries of knowledge passed down to the people of Beijing.

Beijing is on the northern side of China, and in this area you can find more rice and wheat-based foods than in the southern regions. This is why pancakes are often served alongside Peking duck. However, in this Northern city, you may also be served steamed buns or dumplings.

Chengdu
Chengdu, also known as Chengtu, is the capital city of the Sichuan province. If you know anything about the Sichuan province, then you’ll be aware of their intense need to make spicy foods. Unless you’re a local or come from another country that enjoys all things spicy, you should take Chengdu food with caution.

Dishes such as kung pao chicken, Sichuan hotpot, and mapo tofu, all originate from this area, and you can bet their flavors will be more intense than the western version you are used to.

This doesn’t mean you should avoid the area, as an authentic kung pao chicken shouldn’t be missed. Instead, if you travel into this region, make sure to eat plain food along with the delicacies of the city. This way you can still explore the unique dishes without constantly gasping for air.

Turpan
From spicy to warming, the next city on your list should be Turpan. Turpan is in the Eastern area of China, near Xinjiang. Here you can expect to eat delicately whole roasted lamb with hand-pulled noodles.

Fruits grown locally in the area are often dried in traditional hanging rooms, and then served to the nearest restaurants. Unlike the other cities on this list, Turpan has a much slower and more peaceful atmosphere for you to enjoy, and they continue to uphold a lot of their historical traditions.

Summary
Each of these locations will give you an explosion of flavor to enjoy on your culinary vacation. Each city will have its own unique styles along with traditional and authentic versions of dishes you may already know.

Starting a business in the tourism and travel industry