Guide to the top Croatia travel destinations by sailing boat. 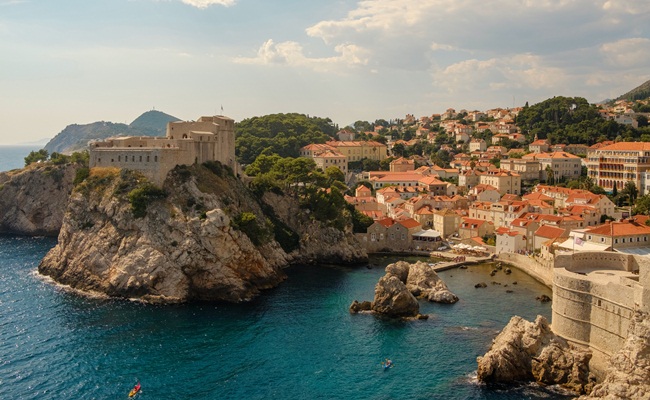 FACT – Croatia is one of the most beautiful countries in the world.

Its breathtaking Islands and beaches, lush olive groves, ancient villages and historical cities are second to none.

Let's discuss some breathtaking Islands to explore on your sailing trip in this ancient European country. First step is to find the sailing boat for your dream vacation, and what better way to do it than to book it on Sebastus!

Hvar
Hvar is one of Croatia's islands located off the Dalmatian coast, between Bra, Vis, and Korula.

It is one of Europe's oldest towns.

The island is well known in the region for its vast fertile coastal plain and freshwater springs.

Its hillsides are forested, with vineyards, olive gardens, fruit orchards, and lavender fields.

The climate is defined by mild winters and sunny summers with plenty of sunshine.

Hvar's central location on the Adriatic sailing lanes has long made it an important base for commanding trade up and down the Adriatic, over to Italy, and across the Mediterranean.

The island of Hvar is often regarded as one of the most beautiful in the world — from its crystal blue sea, magnificent coves and beaches to its vineyards, olive orchards, and endless fields of lavender, all combined with historical and cultural sites.

Apart from being perfect for couples, the island is also perfect for families, with its secure swimming areas and luxurious villas.

Ston Town
Ston's old defence walls are the world's second-longest. It was erected to safeguard its stone quarry, which is still in use today.

It was once an Illyrian settlement until the Romans founded their colony there in 167 BCE.

Ston has a long history dating back to ancient times.

It has been a significant political, cultural, and religious city.

It is located at the gates of the peninsula, surrounded by lush plains, three oceans and defended by four hills.

It is rich in freshwater and saltwater.

The town is also well-known for its oysters, among the best in Europe.

Korčula
Korcula is a beautiful destination on your sailing charter. It is well-known for its lush forests and charming historical villages.

The historic walled city of Korčula Town retains a beauty that has few rivals in the Adriatic, with much to satisfy history fans, beach lovers, and foodies.

It is one of the greenest Adriatic islands, surrounded by vineyards, olive orchards, and Aleppo pines.

Sveti Klement
Sveti Klement is the largest of the numerous islands lying south of Hvar in central Dalmatia.

Because pakao is the Croatian word for hell, these islands are commonly called Hell's Islands.

However, the name is derived from paklina, a kind of pine resin that the natives once collected here.

And it is no secret that these islands are more like heaven than hell.

The island is well-known for its beautiful beaches and relaxing surroundings.

St. Clement has a lovely small harbour with waterfront restaurants and a marina, as well as a notable church from the 15th century.

It is no surprise that it is a popular wedding spot, with many couples from all over the world choosing to get married there.

Zlarin
Zlarin offers an exquisite setting for resting and just soaking up the sun.

It has a tiny museum and a jewellery shop dedicated to the island's heritage of gathering and processing red coral.

There are countless exquisite cafés to enjoy the local atmosphere and fine restaurants to dine in.

It offers a serene, relaxing and breathtaking atmosphere.

Give the gift of travel to employees this Christmas

Moving to Oakland, CA? Here's what you need to know