How do Taiwan offices compare with American ones? 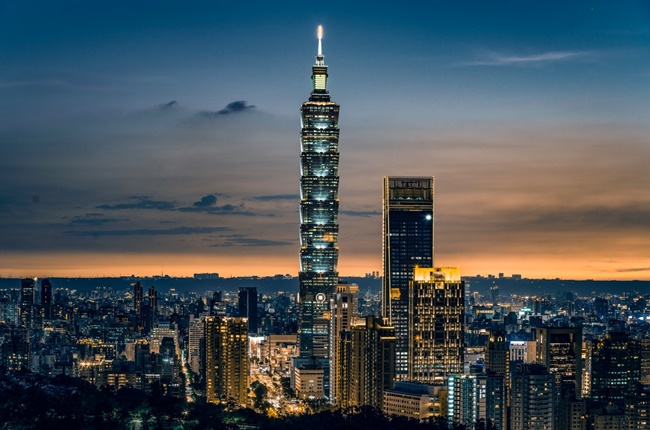 With the rise of Taiwanese business and the opportunity it affords American corporations looking to the Asian market, more enterprises are expanding their offices to the island.

Cultural differences have an impact on how individuals work in an office and together. We'll explore what makes Taiwan offices different from their
American counterparts.

Culture differences between the United States offices and Taiwan
Taiwan is a source of budding economic prosperity. Corporations and companies from all over the world are anxious to build their presence in Asia through Taiwan, which is leading to enormous economic growth for the island. In fact, Taiwan recently raised its 2021 economic growth forecast to 5.46% in light of the increase in Taiwanese business.
However, how does this increase in growth look like for those looking to work in Taiwan? How do Taiwan offices compare with American ones? In this article, we will dive into the differences between the two cultures and how that translates into their unique office lives.

Cultural differences between the United States and Taiwan offices
Every culture offers advantages that touch almost every aspect of everyday life. Business especially is influenced by culture and how employees operate. Even within the same corporation, culture can have an incredible impact on office life.

The future vs. tradition
When comparing the United States and Taiwan with the Hofstede model, Taiwan is more pragmatic when it comes to embracing the future, as they score a 93. The United States, on the other hand, is more likely to hold on to traditions, since they score a 26. In office life, this translates to a greater acceptance of technology and new ways to improve efficiency in Taiwan, whereas American offices are far more likely to stick to tried-and-true formulas.

Set behaviors vs. uncertainty
While Taiwanese culture may embrace changes as part of the future, Taiwan culture typically tries to prevent feelings of uncertainty and score 69 on the uncertainty avoidance scale. This looks like working hard and having set behaviors and protocols in the office. American culture scores a 46, which means US workers are more likely to embrace uncertainty and are not as rigid in their behaviors.

Hierarchical vs. egalitarian
Taiwanese culture also has a higher power distance score than in the United States, as they score a 58 and the US a 40. This means that Taiwanese workers are much less likely to question a leader's judgment call and the office likely has a hierarchical structure. American office life, on the other hand, is much more egalitarian in structure and workers are more likely to speak their minds.

Indulgence vs. restrain
When it comes to the indulgence scale, Taiwan culture ranks at 49, which means they are neither clearly indulgent nor restrained. The United States, though, scores a 68. This means that American workers are much more likely to celebrate and prioritize having fun outside the office, while Taiwanese workers will have more consideration for societal norms before letting loose.

Individual vs. group
The most significant cultural difference between Taiwan and American offices is in their individualism scores. Taiwanese culture scores a 17 on the Hofstede model. This score means that Taiwanese workers are much more concerned with holding up the entire group structure. They tend to think about how their choices affect not only themselves but also their immediate family, extended family, working group, and the whole of society.

Americans, on the other hand, scored a 91 in individualism. This means that those in the United States tend to be more focused on how their actions affect their immediate family and concentrate more on supporting themselves.

How do Taiwan offices compare to American offices?
When it comes to earning power, the US dominates as the biggest power in the world. However, that doesn't necessarily translate into bigger or better American offices. It also doesn't mean that the United States necessarily has the happiest workplaces for the average office worker.

The US' spending power is unmatched. According to NationMaster, it has the highest GDP in the world at $16.24 trillion. Taiwan comes in 19th at $894.30 billion. However, Taiwan's labor force is much leaner than the American workforce (11.07 million in Taiwan vs. 154.9 in the US). This gives Taiwan employees far more bargaining power than their counterparts in the United States.

What does this mean for Taiwanese workers? The minimum wage between Taiwan and the United States is very similar. In fact, it is slightly higher in Taiwan ($7.40) than in the US ($7.25). However, the cost of living in Taiwan is much lower. Everything from real estate (where the US is 90% higher) to groceries (the average cost of eggs in the US is 28% more than in Taiwan) means that the average wage goes further in Taiwan.

It's not surprising then that the average Taiwan worker is happier than their American counterpart. Taiwan ranks 83rd in the world on the happiness scale, while the US is 114th. For those that might be worried that office life in Taiwan may be more dismal than in the US, this may not be the case. In the US, wealth can tend to remain at the top, while employees in Taiwan are much more likely to have a higher standard of living and greater overall happiness.

Is Taiwan recognized by the US?
Taiwan's government has a long and complicated history. China gained control of the country until the late 1800s when Japan made it into a colony. However, following World War II, it came under the control of China again. While China continues to claim sovereignty over Taiwan, it now considers it a rebel region and threatens any independence by the Taiwan government with invasion.

Despite China's limitations on the country, Taiwan is one of the main economic players in Asia. Although it has few diplomatic ties, the United States is one exception. However, the UN formally recognizes Taiwan as "China" and, according to World Population Review, only 14 of the 193 countries that make up the UN recognize it as an independent country.

The US maintained Taiwan's recognition as an independent country for 30 years but changed in 1979. Although formally recognized as China, the United States maintains positive relations with Taiwan. It has even offered military aid, which greatly upset the Chinese government.

Companies with Taiwan operations
Many US countries use Taiwan as their launchpad to the entire continent of Asia. This is especially true of tech and cloud companies that have large opportunities in the area.

For example, Microsoft recently launched its "Reimagine Taiwan" campaign in 2020, with plans to establish a data center in Taiwan so the company can run there effortlessly. Likewise, corporations such as Cisco, Palo Alto Networks, and Fortinet have offices in Taiwan to expand their presence in the region.

Cultural differences in office life
With the rise of Taiwanese business and the opportunity it affords American corporations looking to the Asian market, more enterprises are expanding their offices to the island.

Each culture has something unique and rich to offer office life. By understanding how these different offices function, companies can best plan to support the local culture. Also, employees can best plan if they need to cross international borders for work. The better the understanding, the more effectively everyone can work together.

Photo by 李昂軒 from Pexels

Things to consider before going on a holiday with your dog

Three places to travel in December