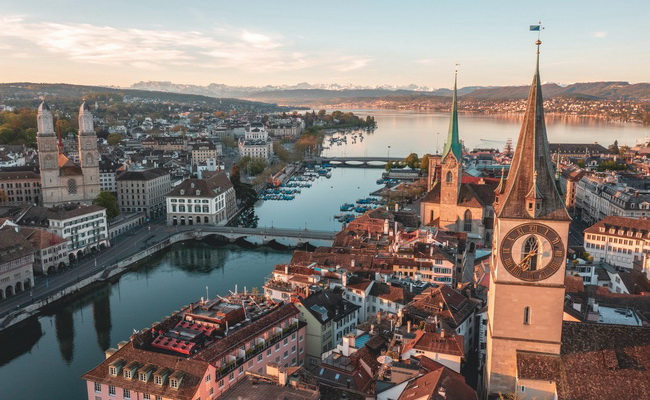 With so many countries to choose from, where should you go.

You're about to embark on a new adventure – college! But before you do, you want to take a break and see some of Europe's incredible destinations. You've heard that backpacking is a great way to see a lot of countries in a short time, and you're excited to try it out. But with so many countries to choose from, where should you go?

Luckily, Jackson Bonnen has compiled a list of the six best backpacking destinations in Europe for young adults like you. These countries have everything from stunning scenery and historical landmarks to a diverse range of activities and nightlife. So if you're looking for an adventure before college, consider backpacking through Europe!

1. Crete, Greece
With its beautiful beaches and stunning historical landmarks, Greece is an excellent choice for backpackers. There are plenty of hostels and cheap hotels to choose from, and the food is delicious. You can also find a lot of nightlife in Greece, making it perfect for young adults who want to party.

The island of Crete is a popular destination for backpackers. It's home to some of the best beaches in Greece and many historical sites, including the Palace of Knossos, the Archaeological Museum of Heraklion, and the Fortezza Fortress. The Palace of Knossos is a well-preserved Minoan palace built over 4,000 years ago. The Archaeological Museum of Heraklion is one of the most important museums in Greece, and it houses a collection of artifacts from the Minoan civilization. The Fortezza Fortress is a Venetian fortress that was built in the 16th century.

2. Barcelona, Spain
Barcelona is affordable, and there's so much to do, making it one of Jackson Bonnen's favorite backpacking destinations. The city is filled with stunning architecture, like the Sagrada Familia and the Park Guell.

The city is also home to several famous museums, like the Museu Nacional d'Art de Catalunya and the Joan Miro Foundation. If you're looking for nightlife, head to La Rambla or Barceloneta Beach. La Rambla is a street filled with bars and clubs, while Barceloneta Beach is a great place to relax during the day and party at night.

If you're looking for an adventure, consider going on a day trip to Montserrat or Costa Brava. Montserrat is home to a monastery and some stunning hiking trails, while Costa Brava is a beautiful stretch of coastline with plenty of beaches to relax on.

Barcelona is also famous for its tapas, small plates of food perfect for sharing. Some of the most popular tapas dishes include patatas bravas (fried potatoes with a spicy tomato sauce), calamari (fried squid), and tortilla de patatas (potato omelet).

3. Rome, Italy
Rome is a fantastic city with a lot to see and do. From the Colosseum and the Vatican to the Trevi Fountain and the Spanish Steps, plenty of historical landmarks exist to explore. Backpackers often stay in hostels or apartments in the Trastevere district, known for its nightlife.

The food in Rome is some of the best in Italy, especially if you love pizza and pasta. Be sure to try some of the local specialties, like carbonara and cacio e pepe. And, of course, no trip to Rome would be complete without throwing a coin in the Trevi Fountain.

The Trevi Fountain is one of the most popular tourist destinations in the city; It is over 26 meters high and is adorned with statues and other decorations. It's said that if you throw a coin into the Trevi Fountain, you'll be sure to return to Rome. And according to legend, if you throw a coin with your right hand over your left shoulder, you'll find love within the year.

4. Zurich, Switzerland
Zurich is a beautiful city with a lot to offer backpackers. From its picturesque old town to its lively nightlife, there's something for everyone in Zurich. The city is also home to many museums, art galleries, and plenty of parks and green spaces. The food in Zurich is expensive, but eating on a budget is possible if you stick to cheap places like supermarkets and bakeries.

The city is also home to several festivals, so there's always something going on. Some of the most popular festivals are the Street Parade, Zürich Film Festival, and Züri Fäscht. The Street Parade is a massive techno music festival in August. The Zürich Film Festival is one of the largest film festivals in the world, and it takes place every October. And finally, the Züri Fäscht is a three-day festival celebrating Zurich's culture and history. It features a variety of activities, like food stalls, concerts, and a carnival parade.

5. Paris, France
Paris is one of the most popular destinations for backpackers, and it's easy to see why. The city is filled with historical landmarks, like the Eiffel Tower and Notre Dame Cathedral, as well as a number of museums and art galleries. You can also find plenty of cheap accommodation in Paris, and the food is amazing.

Paris is also a mecca for the fashion industry, so it's the perfect place to go before starting a degree in fashion. The city is home to famous fashion schools, like the Parsons School of Design and the Fashion Institute of Technology.

If you're not interested in fashion, there are still plenty of other things to do in Paris. You can explore the city's many parks, visit the Louvre Museum, or go on a Seine River cruise.

If you're looking for nightlife, head to the Latin Quarter or Moulin Rouge. The Latin Quarter is home to a number of bars and clubs, while Moulin Rouge is famous for its cabaret shows. Paris is also a great place to shop, with markets and shops selling everything from clothes to souvenirs.

6. Prague, Czech Republic
Prague is a beautiful city with a rich history. It's known for its stunning architecture, and there are plenty of historical landmarks to explore. Jackson Bonnen recommends adding the Charles Bridge and Prague Castle to your list of must-sees. The city is also home to museums, art galleries, and parks.

The food in Prague is hearty and filling, and you can find plenty of cheap places to eat. The legal drinking age in the Czech Republic is 18, and the city is also home to some breweries, so it's the perfect place to explore.

If you're looking for nightlife, head to Old Town Square, where you'll find multiple bars and clubs. You can also explore Prague's many underground tunnels, which are said to be haunted.

Final thoughts
There are a lot of great backpacking destinations in Europe for young adults. These six countries offer everything from stunning scenery and historical landmarks to diverse activities and nightlife. So if you're looking for an adventure before college, consider backpacking through Europe.

Photo by Henrique Ferreira on Unsplash

What is PayPal and how does it work