Newsletter
HomeColumnsFeatured ArticlesStephen Gleave: Ancaster, the waterfall capital of the world, and the Great Lakes are worth visiting
Featured articles

Stephen Gleave: Ancaster, the waterfall capital of the world, and the Great Lakes are worth visiting 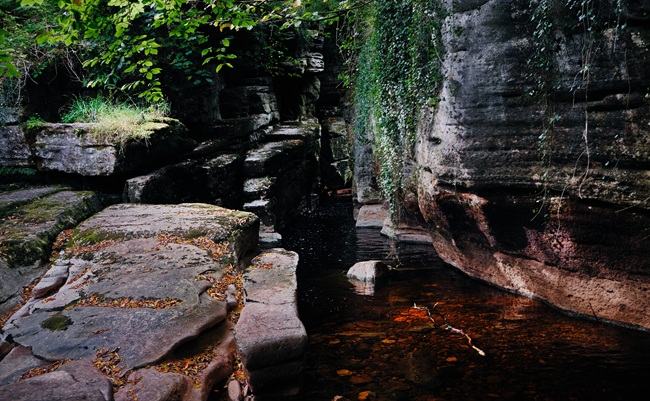 Head a little further to the East of Lake Ontario and there is a hidden gem of Canada, a quiet little hamlet of historic significance nestled within the bustling city of Hamilton.

The stunning vistas of the changing landscape during fall, leaves turning flame-red and orange amidst evergreens and remarkable biodiversity, and trees as prolific as the birds that frequent them. This is the nature of the landscape around the Great Lakes and of Canada, one of the countries most blessed with forests (still standing) in the world.

Head a little further to the East of Lake Ontario and there is a hidden gem of Canada, a quiet little hamlet of historic significance nestled within the bustling city of Hamilton, which  was the largest industrial centre in Canada in 1793. According to longtime resident Stephen Gleave, Ancaster is pleasant and unassuming, the kind of place where you can walk in ease, without concern, with periodic breaths of crisp air tinted with pine and leaves beginning to fall upon picturesque streets.

“There are plenty of places to live in this world, and I have never regretted calling Ancaster my home,” Gleave said. “Granted, my family put down roots centuries ago and I’m sure that factors into how deeply attached I feel to this land and community, but even beyond that, Lancaster is a special place.”

It is one of those little communities that feels less complicated than the rest of the world, like residents must be happier than elsewhere, like they know some kind of secret the rest of us have yet to discover. And that may actually be the case.

Despite proximity to the city, and by all definitions by existing within the city (a mere 12 kilometers from Hamilton) this little gem is deeply connected to the natural world. In fact, the natural world is undeniable in its influence: Hamilton is actually divided by the Niagara Escarpment. What is that, you ask?

“A world-inside-a-world, a natural playground, an outdoor laboratory, and an expansive, multi-state biosystem complete with its own forests, plantlife, wildlife, and weather patterns.

But more than anything, it’s a stunningly beautiful rock formation that offers endless possibilities for education, exploration, and adventure,” according to Door County, one of the communities that proudly celebrates the escarpment that produces unique plant species and outdoor opportunities.

Hiking trails are in abundance and the walkable shops and restaurants are full of friendly, approachable residents.

“When people plan vacations to Eastern Canada, I feel like they often head to Toronto thinking it is representative of this area, but Ontario boasts way more than just that bustling metropolis. There are quiet, pleasant, approachable corners of Canada that will leave people feeling like they stepped back in time. Ancaster is such a place and the fact that it is tucked within the impressive city of Hamilton makes it even more surprising. If they miss this, then I think they will miss some of the heart of Ontario,” Stephen Gleave said.

Not to mention that waterfalls literally surround the town.

Hamilton, known affectionately by locals as “Steel Town” because of its impressive infrastructure, is also known as the Waterfall capital of the world thanks to a staggering 130 waterfalls in and around the city.

“Going on a hike in this area, with its amazing biodiversity and the towering trees that are so special to Canada, not to mention the magic of the escarpment itself mean that people can get a taste of the culture of the city while also enjoying some of the natural splendor of this remarkable area,” said Stephen Gleave.

It should come as no surprise that at least a few hikes to waterfalls make the hiking list for locals and tourists alike.

The city and the splendor: you can’t go wrong with Ancaster, Gleave said.

How Qatar has built infrastructure to support visitors