Ten fun things to do in NYC for sports fans 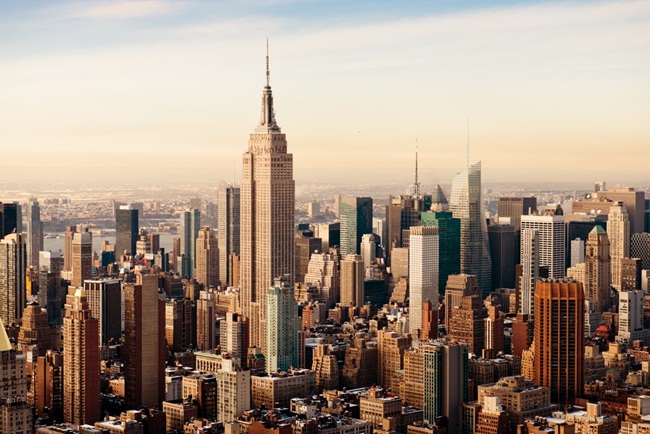 With so many ways to be a part of the Big Apple, the best way to start exploring is to create a list of places to see and things to do, both for short stays and longer trips. Here is a round-up of 10 really fun things to include on most any NYC travel list.

Frank Sinatra was right on the money when he sang about New York City being “the very heart of it.” There’s non-stop energy from Greenwich Village to Harlem, any time, night or day. Visitors just dropping into town from anywhere in the world can immediately feel the pulse of the city.

With so many ways to be a part of the Big Apple, the best way to start exploring is to create a list of places to see and things to do, both for short stays and longer trips. Here is a round-up of 10 really fun things to include on most any NYC travel list.

The Met
The Metropolitan Museum of Art (aka the Met) is more than home to the fabulous annual Met Gala. It is also the largest art museum in the Western Hemisphere, with over 1.5 million works spanning 6,000 years. Visitors will definitely want to check out the Met’s collection of Egyptian objects – the largest outside of Cairo.

Broadway
“On Broadway” means the New York City Theater District, where visitors will find 41 active theaters, Times Square, and the Great White Way – all within a few blocks. Hadestown, Wicked, and Diana – The Musical are among the hottest shows on Broadway today. Just don’t wait to purchase tickets, now available through reputable sites like Broadwaybox.com and Playbill.com.

The NYC Subway
Cover all five boroughs of the Big Apple with a trip on the New York City Subway System. It is the cheapest and quickest way to get around the city, 24/7. And, with more than 22 subway lines and 472 stations, there are dozens of possibilities for subway travel. So go ahead and hop a train from Rockefeller Center to the South Street Seaport – just bring your subway map and fare!

Yankee Stadium
Yankee Stadium in the Bronx is home to the New York Yankees and some of the greatest moments in baseball history. The original Yankee Stadium was replaced in 2009 with an adjacent stadium which mixes the new with the familiar – from a replica of the original stadium roofline frieze to the Yankees Hall of Fame known as Monument Park, relocated from the old stadium. Modern enhancements will soon include legal mobile New York sports betting from the stands, or anywhere in the state. The ability to bet on your mobile phone from inside Yankee Stadium will help sports fans catch up to fans in other states, which have already legalized mobile betting. Betting is already available in Connecticut, NJ, PA, and will be coming soon to Maryland.

Greenwich Village
Home to Washington Square Park, Bleecker Street, and the Beat movement, this neighborhood home of New York University has been the beating heart for political and artistic expression in New York City for over 100 years. Visitors to the historic community will find literary pub crawls, performance art, and a friendly game of chess among the locals.

NYC Catacombs Tour
The NYC subway runs underground, at least through most of Manhattan. But what else can you do (safely) underground in the Big Apple? One possibility is the NYC Catacombs Tour at the Basilica of St. Patrick’s Old Cathedral in Lower Manhattan. Visitors head underground to tour tombs of famous New Yorkers and some little-known church history. Candlelight tours of the catacombs are available several days a week, year-round.

Top of the Rock
Only have a few hours to see the sights of NYC? “Top of the Rock” atop Rockefeller Center is the place to be. Three levels of indoor and outdoor observation towers give visitors a bird’s eye view of Central Park to the Brooklyn Bridge and points in between. Be sure to head up to the 70th Floor Open-Air Roof Deck for some of the best skyline photo ops anywhere in the city.

Harlem
Harlem is synonymous with the African-American cultural renaissance born in this Upper Manhattan neighborhood in the 1920s. The awakening is still at work 100 years later, from the “Summer of Soul” in 1969, to legendary performances at the iconic Apollo Theater, to the creation of the Dance Theatre of Harlem – aka “the first Black classical ballet company.” Enjoy soul food at a local restaurant, a gospel or jazz concert, and a visit to the Black Fashion Museum to make the trip complete.

Central Park
Central Park was the first landscaped public park in the United States. Opened in 1859, Central Park today offers 843 acres of greenspace to keep New Yorkers and visitors entertained year-round. Take a stroll past the park’s storied bridges and ponds on foot, book a carriage ride, or rent a bike for a ride to Sheep Meadow or Belvedere Castle. The views are as unforgettable as New York City itself.

How does the Toll Roads App work?