The best areas to stay in Prague 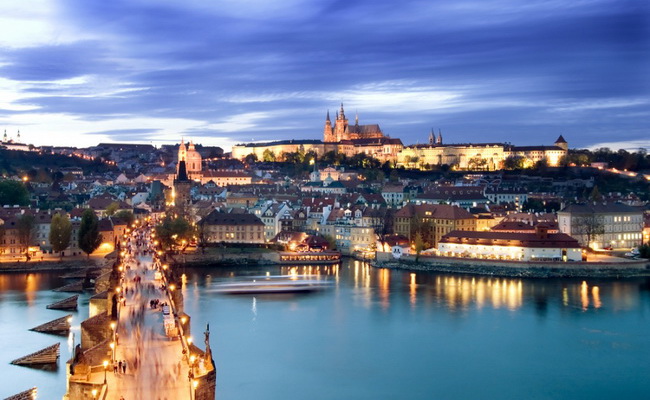 This 1,100-year-old city is the Czech Republic’s capital and the historical capital of Bohemia, with a population of two million people. It is traversed by the Vltava River, which adds to its picturesque attractiveness.

Prague is one of Europe’s most beautiful cities. Visitors quickly fall in love with the cobblestone lanes adorned with buildings ranging from medieval to Art Deco and, in some cases, outstanding contemporary architecture, despite the city’s attractiveness.

This 1,100-year-old city is the Czech Republic’s capital and the historical capital of Bohemia, with a population of two million people. It is traversed by the Vltava River, which adds to its picturesque attractiveness.

Determining where to stay in Prague might be difficult. The city is so full of beautiful places that, as a visitor, you would be spoiled for choice. Prague is divided into numbered districts, and Prague 1 to Prague 10 are the different municipal districts that make up central Prague. There are 22 administrative districts that make up these municipalities. In general, Prague 1 through Prague 10 is the best places to live. Both visitors and locals will find these regions quite convenient. This article will look at the best neighborhoods to stay in Prague.

Josefov, the Jewish quarter
Josefov is the name given to Prague’s old Jewish neighborhood, which once housed the city’s substantial Jewish community and was where writer Franz Kafka was born.

This neighborhood is home to several gorgeous synagogues as well as the Old Jewish Cemetery, one of Europe’s largest ancient Jewish cemeteries and the final resting place for almost 12,000 people.

The area is located along the Vltava River’s banks, immediately across from Stare Mesto. A relatively small area, Josefov is in close proximity to the Old Town.

Stare Mesto, the city center
The oldest parts of Prague are found in Prague 1, which comprises the Stare Mesto and Mala Strana neighborhoods. These two historical sites, however, are separated by the Vltava River, and each offers a unique experience.

Staying in Stare Mesto puts you right in the middle of the action, with plenty of bars, restaurants, nightclubs, and historical sites to see.

In addition, the region is well-served by public transit, with multiple metro and tram stop nearby, allowing you to conveniently get to other parts of Prague.

Stare Mesto, which means “Old Town” in Czech, is the city’s beating heart. Many of the city’s most well-known attractions are located here, including the magnificent Staromestske Namesti, or Old Town Square.

Nove Mesto, the new town
The name Nove Mesto translates to “New Town,” which may lead you to believe it is a newly built area of the town. It was actually established in 1348, which hardly qualifies as new. It is given the name New Town because it is the newest of the five towns that make up historic Prague.

Few buildings from the city’s early days have survived, but there are several magnificent gothic and baroque structures. Nove Mesto’s most famous feature is Wenceslas Square, which began as a horse market and is today a tourist attraction.

This neighborhood is just next to Ancient Town and has a similar vibe, albeit with broader, straighter streets and buildings that aren’t quite as old or magnificent.

The advantage of vacationing in this region, though, is that you will be near the river and only a short distance from all of the major attractions.

In addition, Nove Mesto is home to some of the city’s greatest restaurants, which serve a wide range of superb ethnic cuisines from across the world, not just Czech.

Karlin, the budget-friendly neighborhood
Karlin is one of Prague’s newest neighborhoods. Since it was still rolling fields only two centuries ago, you will not find quaint ancient structures like elsewhere in the city. During the industrial revolution, the area was built with factories, which brought with it air pollution, which has since been cleaned up.

Karlin does, however, have some pleasant open areas, especially Vilkov Hill, which offers amazing views of Prague. For hikers, joggers, and inline skaters, the hill is a popular destination. It is close to the National Memorial, which is home to the equestrian statue of the Hussite warrior Jan Zizka.

This neighborhood, like most of the neighborhoods immediately outside of Old Town, has the advantage of being within walking distance or a short tram or metro ride of all you could want to see while still ensuring the quieter, more pleasant surroundings of a residential neighborhood.

There are numerous tram and metro stops around the region, and it is also convenient to both the major train station and the bus terminal.

Mala Strana, picture perfect
If you are looking for something picturesque, Mala Strana, also known as Lesser Town or Little Quarter, is the place to go. Mala Strana, located on the Vitava River beneath Prague Castle, is home to old burgher residences, picturesque streets, and traditional Czech bars and restaurants.

The name “Lesser Town” feels almost like a misnomer, given that it is one of Prague’s most beautiful and charming places. It has more museums, shops, and restaurants than any other Prague neighborhood.

The nightlife in Mala Strana is not comparable to that of the Old and New Towns. It is more peaceful and ideal for strolling at night. Staying in a renovated medieval building is ideal for those who enjoy charming accommodations. The structures preserve some of their original features and exude charm, which is to be anticipated in an area where many movies and commercials are produced.

Despite its modest size, the city of Prague has the advantage of being densely packed with history and easily walkable. You can either view the splendor of Old Town Prague, which presents a true architectural melting pot or enjoy modern cuisine in one of the numerous luxurious restaurants that are numerous in the newer areas. No matter your budget or preference, Prague will definitely have something for you.

Five things to examine to choose the right Paris hotel