The best travel ideas for women over forty 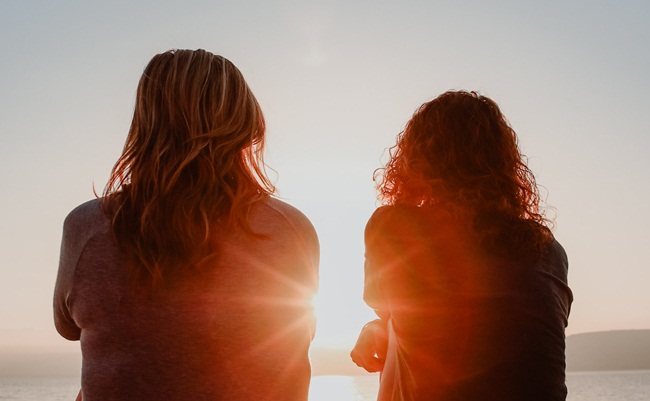 Finding a destination to travel to when you’re a cougar is not hard when you know what you want.

Traveling is the best way to enrich your life and learn all you want to know about other cultures. When choosing a place to go to, people are guided by their preferences: some love beaches, some love to hike and be in nature, and others like to chill and relax in a spa. There's a place on Earth even for the pickiest of us; we're sure of that. So, finding a destination to travel to when you're a cougar is not hard when you know what you want.

Of course, a mature woman would like to hunt for their prey in a place where she feels safe and not judged. Most cougars love the nightlife because that's when their kittens appear and show their young faces. Destinations filled with hidden gems are a must for a mature gal. She wants to hunt those guys down without any interruptions. But at the same time, that destination must have a thriving scene filled with people. She wants to show off and be sure that everybody sees her with a much younger guy. Below you'll find a list of destinations we think a cougar would enjoy when hunting for a young lad.

A must-see place when France is Paris. The Eiffel Tower gives a spectacular view of the city, and you can feel the adrenaline rush in your body. That can be later used when you return to your hotel room. A walk along the Champs-Elysees is the most recognizable street in the world. And that's a good reason for a cougar to take a stroll with a young French guy.

Hvar, Croatia
Flying to or from Europe is more expensive than last year, but visiting Croatia is still worth it. In every way. Especially for single ladies in their 40s. Hvar is voted to be one of the most beautiful islands in the world. For a few years in a row.

Reasons for that are numerous: little hidden bays, small picturesque villages, and charming old towns. Who wouldn't want to travel there and charge their batteries? Cougars are no exception. They know how to enjoy things in life. But, when they get tired of peace and want to hunt, they'll go to Hvar town. Hvar is famous for its rich nightlife during the summer where everybody can find something to their taste. Beach clubs and bars are great for matures who want to feast their eyes. So many young Croatians and foreigners are waiting for a cougar to hunt them down.

Montreal, Canada
This may not be an exciting or exotic destination on this list, but Montreal has a lot to offer. It's a friendly place. It's easy to navigate, even if you are here for the first time. This city has many bars and clubs for cougars to go to, but it's also famous for its active way of living. Gals who are into bikes or jogging will thrive in this Canadian gem.

Cougars can meet younger men who are also into physical activity, so that can be a common ground to start on. Nothing beats a man who cares about his body because he also has a healthy mind. Being in a decent physical shape shows that a person has healthy stamina, which can come in handy later in the day.

Valletta, Malta
This charming European island is a place to go for many Europeans during the holidays. They travel to this UNESCO-recognized island to improve their English or enjoy the unmatchable natural beauty. Valletta is filled with museums you can visit if you are an art or history lover. Mature women are drawn to places like museums since they are at that age to know which things need to be appreciated.

Luckily, some young men share the same fascination and love. A museum is a great place to meet a young intellectual who wants to learn all there is to know. Especially about things a mature lady can teach him.

Melbourne, Australia
A paradise for a coffee lover, Melbourne is filled with coffee houses where a person can enjoy a nice cup of this black liquid gold. This city is for those who love music and art. It's filled with clubs, restaurants, museums, and art galleries. Mature gals who like to explore the city alone will thrive in Melbourne since the city is very walkable.

There's a good chance of meeting a nice young guy in The Royal Botanical Gardens. Not only can a person see the flora of the gardens, but one can also enjoy many manifestations held there, such as harps meditation. A couple that meets here can go on a date after relaxing in the gardens and see where the night will take them.

Photo by Briana Tozour on Unsplash

Do you need a chauffeur car service in Boston