The history of Auschwitz through the eyes of young people 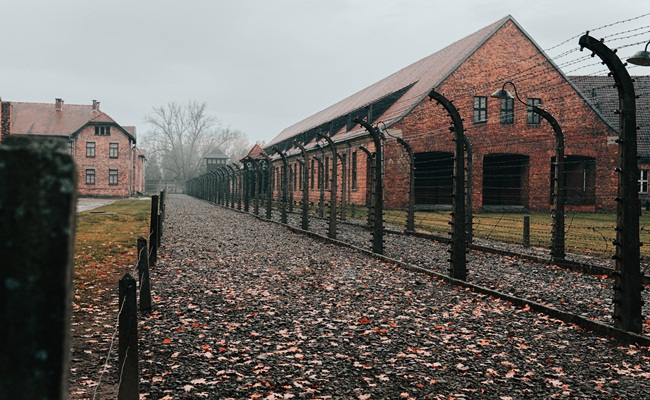 Nothing could be further from the truth, the situations that took place there are almost beyond comprehension now, which does not change the fact that you should visit this place.

What is the meaning of history for today's youth? Probably not many of you remember anything from history lessons, which were only an unpleasant duty. Not paying attention to things that have already been, that do not concern us even to a small extent, we follow everyday life, blinded by the good of today's world.

Being in middle or high school in Poland, young people are obliged to make a trip to the Auschwitz Museum located near Krakow, in Oswiecim.

However, at that age, it is probably not really appropriate to be interested in the fate of those people, or to take the concentration camp seriously. Young people rather think about it in a fanciful way, like situations from current science-fiction movies. Nothing could be further from the truth, the situations that took place there are almost beyond comprehension now, which does not change the fact that you should visit this place, being fully aware of what hell took place there.

What does education about the history of Auschwitz look like today
Children during school history lessons, if they are not interested in an interesting way and made aware of the great role that the events of the Second World War played in the history of all mankind, will not even be able to imagine why they can now enjoy freedom, peace and prosperity.

Organizing a trip to Auschwitz during the final years of technical high school or college would certainly allow people who are already adults and more aware of the tragedies that are happening in the world to appreciate and take an interest in the fate of people who died because of the lust of the Nazis.

Why is it worth organizing such a trip? Education in a real post-camp space allows students the notion of reflection and discussion on many universal themes that are also important in the current process of educating society. It is impossible to understand the modern world without a thorough knowledge of the history of the Auschwitz Nazi camp. Pupils and young students, while visiting the Museum, have the opportunity to see with their own eyes the authentic monuments left by the prisoners.

Age makes it possible to understand important and more important things
The history of the Auschwitz-Birkenau concentration camp is fascinating, but also complex. In some ways, it is seen as an extraordinary work and a place that demonstrates Hitler's power. It combined two functions: a concentration camp and an extermination center.

Looked at, not seen, both are connected to human suffering. Nazi soldiers persecuted various social and cultural groups there, and the entire camp complex was constantly being expanded and transformed. In order to try to consider this event, and the Holocaust at all, we need to ask ourselves some basic questions: why it was possible, how it happened, and what we can do to make sure such situations never happen again. This is why today's youth should be educated in this direction.

How, then, can young people be made aware
How should one teach about Auschwitz and the Holocaust, while the last true witnesses to this history are passing away? Do we then only have to deal with the historical message, or should teachers focus on the problems and challenges of the contemporary world?

Above all, it is necessary to make them aware that Auschwitz was not an accident, nor was it the result of a single event or thought. Its significant part is also the Holocaust. Therefore, the continued study and research of the Holocaust depends on an understanding of this fact. Otherwise, the Holocaust may be seen as a supernatural and inexplicable phenomenon, or as a fate impossible for us to comprehend.

As scholars have said, the history of Auschwitz has not changed the forms of today's civilizations. If the gas chambers built in those days are seen today as the collapse of all civilization's possessions, it is because they represent a moment in history that shows the dead ends and total cataclysm of a supposedly developed world, in which that civilization has stumbled. The monopoly of the state and the rationalization of methods of government have shown that murder, in itself, is really one of the faces of all civilizations.

How to organize a trip for students and transport to the Auschwitz-Birkenau Museum
Auschwitz is located near the capital of Malopolska – Krakow. This is perfect for tourists, because transport between these cities is very frequent and regular. What is more, thanks to the popularity of the place, private carriers, cabs, vans and buses are constantly running there. City buses and trains are equally frequent. When organizing a trip for a group of students, of course it is better to take into account the organization of a private carrier, which will deliver us from place to place.

Many private companies offer Auschwitz tours, in full offer, with a multilingual guide, transfer, care of a pilot, and even food. It is worth investing in such a trip, because an experienced guide will tell the story and will familiarize you with the most important places throughout the camp. He will provide interesting facts and organize the trip in such a way as to visit the first and second part of the camp in one day, without missing a single detail.

In conclusion, every student, preferably of mature age, should go on a trip to the Museum in Oświęcim. What is more, education should develop in a way that is friendly to students, so that they assimilate it with pleasure and know how to appreciate what they have now, and so that they do not let history repeat itself.

Traveling with kratom: Dos and don’ts

Travel guide: Top things to do and see in Monaco