The six best ice fishing spots in the U.S. 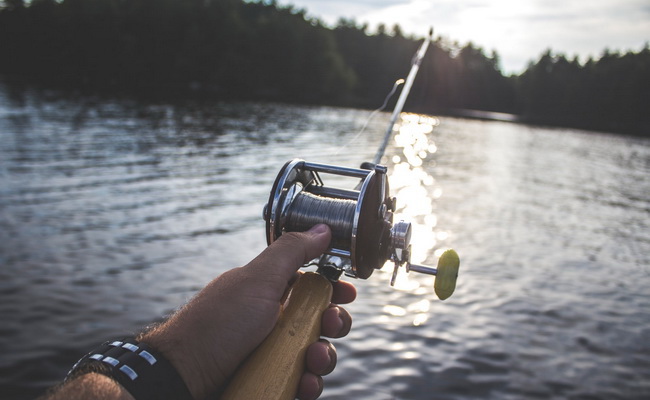 During the winter, you are not required to stop fishing. Whether you are into ice fishing with tip ups or jigging, you are bound to have a lifetime of ice fishing memories at any of the destinations mentioned above.

The winter season is rapidly approaching, and you don't want to store your fishing gear for the next few months. Don't freak out! Various ice fishing spots across the United States provide an unforgettable angling experience.

Six of my favorite spots that offer more than just ice fishing are highlighted below.

The top 6 ice fishing locations in the United States

1. Devils Lake, North Dakota
Because of the size of its water body, Devils Lake made our list of the best ice fishing spots in the US. It has over 100,000 acres of ice, allowing for a wide range of fishing opportunities on the ice and along the shoreline. And no matter where you go or how many anglers there are, there will be enough room to catch a fish.

Furthermore, Perch, Northern Pike, Walleye, White Bass, and Crappies can be found in the Lake. There are also maps and bait shops nearby if you require more bait or are just getting started. Professional fishing guides are also available if you require their services.

Devils Lake's best ice fishing season runs from mid-December to March. The ice is thick enough to allow for angling at this time of year.

Other activities in the area are also available to keep you warm after a long day of fishing. You can visit downtown Devils Lake for a cup of coffee or go skiing at Grahams Island State Park.

2. Lake Habeeb, Maryland
Enjoy the spectacular scenery of Lake Habeeb's deepest blue waters while ice fishing in the winter. The lake is surrounded by Rocky Gap State Park, which offers a spectacular view from the ice.

Despite its small size (243 acres), it supports a diverse range of fish species.  Largemouth bass, Smallmouth bass, sunfish, crappie, bluegill, yellow perch, rainbow trout, and channel catfish are among the species that can be caught by anglers. There have been reports of large catches of over ten pounds here, so be prepared!

If you're planning a long trip, there are hotels only a 10-minute drive from the Lake and Cumberland Town. There are also nearby tackle and bait shops if you weren't properly prepared for the adventure.

After you've finished fishing, spend the rest of your time at Green Ridge State Forest enjoying other outdoor activities such as hiking and winter camping. Popular nearby activities include cross-country skiing, snowshoeing, and trail riding. Furthermore, nearby world-class hotels offer a welcoming respite.

3. Lake of the Woods, Minnesota
The Lake of the Woods (LOW) is an ice fishing destination that should not be missed. It is the country's second-largest freshwater lake and provides an unforgettable and satisfying ice fishing experience. The Lake is home to thousands of fish species such as northern pike, lake trout, whitefish, yellow perch, and walleye. In addition, there are 65,000 miles of shoreline to fish from.

There are also fishing guides and more than 50 resorts, rentals, hotels, and sleep fish houses, providing many anglers with peace of mind during their visits. So, whether you're going on a short or long trip, you'll have plenty of lodging options to choose from.

When the ice begins to thicken, the best time to visit the LOW is from mid-December to March. Aside from fishing, nearby parks offer snowmobiling, snowshoeing, and cross-country skiing.

4. Boysen Reservoir, Wyoming
Ice fishing in Wyoming is among the best in the country. The Boysen Reservoir in Boysen State Park is also a must-see if you're in the area.

It is one of the best places to fish in the winter because it is the region's largest reservoir and has an abundance of fish species. Among the species available are perch, walleye, mountain whitefish, sauger, largemouth bass, and lake and brook trout.

The Owl Creek Mountains, which are covered in snow, provide spectacular views while fishing. If you're looking forward to ice fishing season, head to the lake's northern end because it freezes first. After you've finished fishing, explore the park by snowshoeing or snowmobiling.

Among the species that can be caught are landlocked salmon, Arctic char, Arctic grayling, lake trout, and rainbow trout. There's no need to worry about missing out on a catch because Alaska's Fish and Game department stocks it regularly.

Depending on your target species and experience, you can fish from either or both lakes. The trophy-sized species found in Quartz include Chinook Salmon, Coho Salmon, Rainbow Trout, and Arctic Char. Birch Lake, on the other hand, has smaller versions of the aforementioned species, making it easier to catch.

As a result, first-time anglers and children fare better in Birch Lake, while professionals fare best in Quartz.

6. Antero Reservoir, Colorado
The Rocky Mountains surround the Antero Reservoir in Colorado, making it a great place to go ice fishing. Among the numerous trout species found in the area are Greenback Cutthroat, Snake River Cutthroat, Brook, Rainbow, and Brown Trout. Other salmon species, such as Splake and Kokanee, can also be caught.

Aside from the trophy-sized fish in the Antero Reservoir, the area's breathtaking natural beauty adds to the enjoyment of the trip. As a result, the area attracts a lot of anglers on weekends, so if you want some peace and quiet, go during the week.

Some of Colorado's other winter activities include ice climbing, sleigh ride dinners, snow tubing, and snowshoeing.

Summary
That's all there is to it. During the winter, you are not required to stop fishing. Whether you are into ice fishing with tip ups or jigging, you are bound to have a lifetime of ice fishing memories at any of the destinations mentioned above.

Photo by Brady Rogers on Unsplash

Ally is a wilderness explorer who has backpacked throughout South America, Iceland, and Europe. He loves sharing his adventures with others at Adventures Pursuit because he believes that everyone should be in the mindset of protecting our planet's beauty as much they can!