The worst airports for delays and cancellations 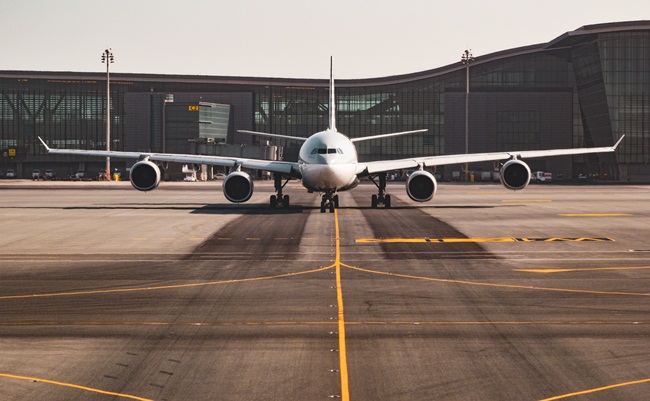 Unless you’re looking to add a few days to your trip, you might want to consider flying into one of the alternative airports listed below.

I had been trying to check the status of my flight on the United Airlines app for hours, ever since I had been notified of a potential delay. At this point, it was past midnight, and my 8pm flight to London Heathrow was now scheduled for 1:30am. However, I received a text at 12:39am that the flight had been cancelled.

This came as no surprise to me, considering it was 1 June – just a few days into the summer travel season. I was also at Newark Liberty International Airport, which is known for having a high rate of flight cancellations. On-time departures have become increasingly rare in the current state of international travel.

It's no secret that traveling can be stressful. Between coordinating transport and making sure you have all your documents in order, there's a lot to keep track of. And, as if that wasn't enough, there's always the chance that your flight will be cancelled. Invest in peace of mind for your trip with international health insurance.

More important than the time of day your flight is scheduled may be the airport you're departing from or arriving at. According to new data from aviation intelligence company FlightAware, these international airports have had the most cancelled flights from the period of 27 May until 31 July 2022. So unless you're looking to add a few days to your trip, you might want to consider flying into one of the alternative airports listed below.

New York is home to two of the worst airports
If you're looking to have your flight plans ruined, you can't do much better than New York City's airports. LaGuardia airport ranked seventh in the world for cancellations and first for international airport cancellations not located in China. And Newark Liberty wasn't far behind, coming in ninth with 7.2% of flights cancelled.

But even if you manage to avoid those two airports, there's still a decent chance your flight will be delayed at JFK International, which saw 32% of its flights delayed this summer. So, if you're planning a trip to New York City, be sure to bring plenty of patience – and maybe a backup plan or two.

Fortunately, there are other options available for those looking to avoid the hassle that the above airports bring. New York Stewart International Airport, located just 90 minutes north of Newark in the Hudson Valley, offers a far more relaxed atmosphere. Play airline provides nonstop service to Reykjavik from Stewart, with connections to other European destinations.

In total, the study found that US airports had a cancellation rate of 2.7 % this summer, and a delay rate of 20 %. With such high levels of disruption, it's no wonder that many travelers are starting to lose faith in the US aviation system.

International airports
It's not just U.S. airports that are having operational problems – international airports are struggling, too. In North America, Toronto Pearson airport is ranked 15th due to their 55.8 % delay and 6.5 % cancellation rates. "Again, this summer, Toronto airport suffers from staffing and operational issues. In fact, it has the most cancellations and is ranked worst or highest in North American major airports for flight delays," says a FlightAware spokesperson.

It's clear that these issues are having a major impact on travelers, and it's frustrating to see no end in sight. Here's hoping that these airports can get their act together soon!

In Australia, Melbourne Tullamarine (MEL) has a 6 % cancellation rate, while Sydney has 5.8 % of flights canceled. In Asia, Jakarta ranks second to China in terms of worst airports for flight cancellations, with a staggering 33% delays and 6.6% cancellations.

Europe's airports are notorious for being overcrowded, inefficient, and frustrating. Norway's Oslo Gardermoen is no exception, ranking 14th on the list of worst airports with a 6.5% cancellation rate. Germany's Frankfurt Airport is another offender, coming in at 24th with a 4% cancellation rate. According to a FlightAware spokesperson, "Even the best-run airport, Frankfurt, has staffing issues. In fact, they've been struggling with these problems for a while now and have even had to cancel flights due to union strikes." It's no wonder that Europeans are known for being some of the most disgruntled travelers in the world. With airport conditions like these, it's no wonder that people are always looking for ways to avoid flying.

Consider smaller airports as an alternative
When booking a flight, travelers may want to avoid choosing marquee name airports in cities with high cancellations. Although picking one of these airports may appear to be the more straightforward decision when making travel plans, keep in mind that large airports typically have more delays. A better solution may be to look at smaller, regional airports.

These airports are usually more fine-tuned into the needs of their flights and have less of a chance of being delayed or cancelled. For instance, London has alternative airports for international passengers, such as Stansted Airport, London Luton, and London City Airport. When making a choice for your next flight, keep in mind that bigger is not always better.

International airports with fewest delays and cancellations
This summer, it seems like airports are in chaos. But there are still some facilities around the globe that are operating smoothly. Among those with a cancellation rate of less than 0.3 % this summer are: Tan Son Nhat airport in Ho Chi Minh City, Manila Ninoy Aquino in the Philippines, Singapore Changi, Bangkok's Suvarnabhumi, Istanbul Sabiha Gökçen in Turkey, Qatar's Hamad in Doha, São Paulo-Guarulhos in Brazil, and South Korea's Jeju (CJU). So, if you're planning a trip this summer, check out one of these airports for a hassle-free experience.

“We are the voice at global governance level”: UNWTO at WTTC Summit