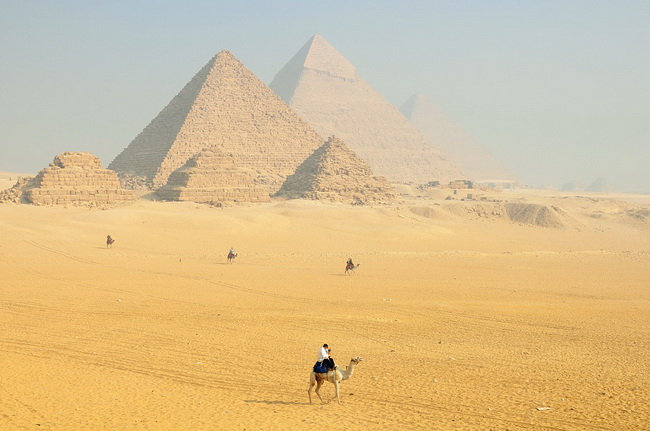 In 2019, the World Travel & Tourism Council (WTTC) revealed that the travel and tourism sector contributed 11.9% of Egypt’s gross domestic product during 2018 – and this trend is set to continue in the coming years.

Global travel has grown in popularity in recent years. As travellers seek different, more interesting destinations to explore, there has been a real shift in how we choose to spend our leisure time and, based on reports from the World Tourism Organization, this trend is set to continue.

It is in Egypt that this boost in numbers has been felt keenly. In 2019, the World Travel & Tourism Council (WTTC) revealed that the travel and tourism sector contributed 11.9% of Egypt’s gross domestic product during 2018 – and this trend is set to continue in the coming years.

A rise in numbers
Egypt was the fastest-growing country in North Africa in 2018, seeing a 16.5% increase in travel and tourism in that period. This increase was attributed to the country’s focus on its security, which has seen its infrastructure reimagined and developed in recent years. These developments have been credited as the reason behind a boost in visitors and tourism in the country being worth $29.6 billion in 2018 – the highest value since the crisis in 2010.

Based on this uptick in visitor numbers to Egypt, the Arabian Travel Market has been able to calculate that the yearly number of visitors to the country is set to increase by as much as 50% in the coming years, rising to 2.23 million in 2022 from 1.49 million in 2018.

The majority of tourists making their way to Egypt will be coming from Europe. It is expected that Europeans will make up 9.1 million visitors in 2022. They are likely to take advantage of holiday opportunities and experiences that have become available as a result of the changes to the security measures in the country.

Popular resorts such as Sharm el Sheik and Hurghada are seeing an increase in the number of travel companies operating in the area. In addition, travellers are planning trips to see the iconic pyramids and other awesome sights once again, with tour operators such as Jules Verne setting up dedicated tours and cruises across the country.

Employment opportunities
This lift in visitor numbers goes hand in hand with the increase in related jobs. The travel and tourism industry is responsible for 9.5% of the country’s employment. This is equivalent to 2.5 million jobs, making it a beneficial and lucrative sector for Egypt.

Rania al-Mashat, Egypt’s minister for tourism, explained at a World Travel & Tourism Council panel that she hopes that the growing tourism industry will create “at least one opportunity for one person in every household in the country.”

The minister also launched a policy framework, Egypt—Tourism Reform Program, which covers the vision she has for the industry and the changes she would like to make to bring it in line with other nations.

New additions
Of the Seven Wonders of the World, the Pyramids of Giza are the only one to remain. These ancient tombs have attracted visitors for centuries and continue to be a draw today. Likewise, Luxor’s Valley of the Kings and Karnak Temple are on the must-see list for tourists in the region.

However, Egypt is adding new attractions to its armoury, with Cairo’s Grand Egyptian Museum set to open in late 2020. The $1 billion museum will is the biggest investment by the Egyptian government into the country’s cultural heritage and will be key to increasing visitor numbers further.

As we move into the new decade, the future is looking bright for both tourists and traders in Egypt.

Italy sustainable tourism market is expected to expand at 14.5% CAGR in 2032 says FMI

How to get the cheapest flights in 2020

Five credit cards that have your best travel interests at heart