Traveling to Sweden and a bit about Swedish culture 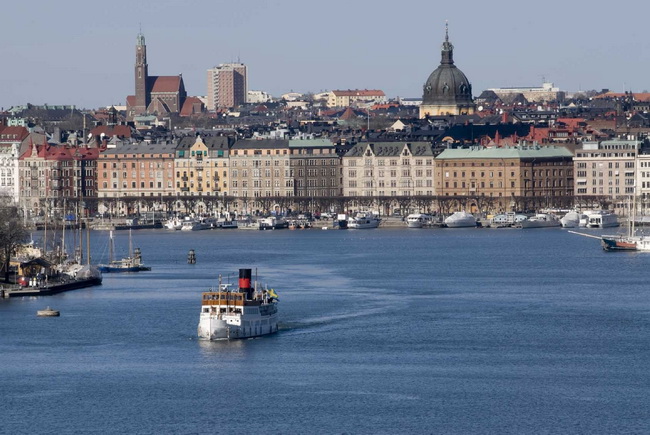 If you are willing to explore Swedish culture, this content will serve as a perfect guide for you.

Are you planning a trip to Sweden? If yes, it would be better for you to know about Sweden and the Swedish Culture in advance. Sweden is one of the most beautiful countries in the world. It is a Scandinavian nation that includes thousands of coastal islands and inland lakes and that adds more into its beauty.

If you are willing to explore Swedish culture, this content will serve as a perfect guide for you.

English is widely spoken
Swedes have the second-highest proficiency of the English language in the world. About 90% of the overall population is fluent in English. English is the official language of the nation and it is taught as the compulsory foreign language in Sweden’s schools. The prevalence of the English language is highly appreciated by the communities of the other nations all around the world and it also makes it quite comfortable for the visitors to get adapt to their new surroundings. In short, if you are planning to visit Sweden, you don’t need to get practice in some other language.

Swedes love their coffee than anything else
Swedes are mad about their coffee. If we go with the different surveys and records, we would find that only a very few people used to drink more coffee than the Swedes. Coffee drinking is being fostered through a tradition in Sweden. Fika is a tradition where people used to get together for coffee, tea, and sweets. Fika is one of the most preferred opportunities in Sweden for strengthening up a bond and the majority of the Swedes love to enjoy it at least once per day.

Snus and Swedes
Snus is a moist, pasteurized, air-cured smokeless, tobacco product that is usually found in pouches. It originated in Sweden near about 300 years ago. It is a spitless and safest, cleanest, and discreet form of tobacco that has been culturally attached to Sweden. Swedes are not only the ones who produce it but they bring it overseas as well. Due to the cultural attachment to snus and Sweden, Snusdirect has created a general sense of generosity in the snus community and hence has made it so popular. Sweden has the least number of smokers and hence the mortality rate of the people dying due to smoking is also the least one in the world.

Patience and queueing are very common
Swedes are supposed to be one of the most patient people all around the world. Whether it's about picking up medicines from a pharmacy or it is about shopping something forms a grocery shop, you can easily see queues everywhere. Swedes follow up the rules and regulations perfectly and force others to have the same also. The majority of the businesses in Sweden does have a ticketing system. A hard to find the machine is usually being hung on the walls outside to a business that dispenses number notes. One has to wait until their number shows up on the screen.

Swedish Traits
Swedes are supposed to be one of the most reserved people. But the fact is they are don’t. Most of the Swedes are quite friendly and feels happy and loved to answer any questions you might have been. If you are willing to get closer to Swedes or you are willing to explore more about some particular location in Sweden, just join Swedish societies, clubs, associations, and other non-profitable organizations also. The majority of the Swedes love to send out their free time surfing in the sea or roaming around a jungle. Nature is available for everyone in Sweden and everyone here has the right of common access to the forests, fields, beaches, and lakes, etc.

Rules and regulations are highly followed
Swedes are quite strict about the rules and regulations. Being punctual is something a Swedes are well known about. They prefer to be always on time, rather than coming up much earlier or late. An ordered queue is expected for everyone and that helps in maintaining the rules and regulations throughout the nation perfectly. Moreover, taking off your shoes before entering your home is also a very common courtesy that the majority of the Swedes follow. Making up a small present for the host to say thank you is also one of the most common customs in Sweden.