What made Las Vegas a casino hotspot 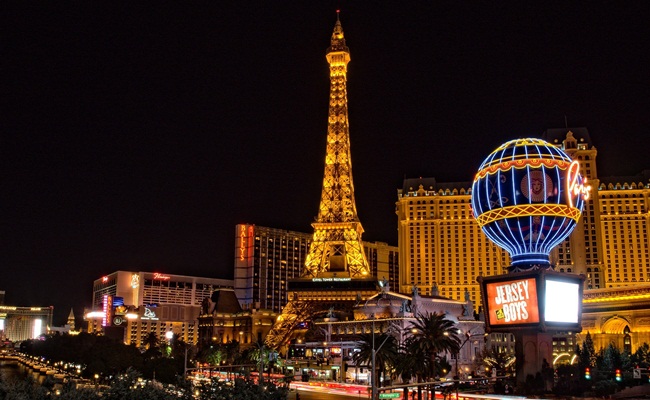 Let’s just dive straight into it and take a look at what made Las Vegas a casino hotspot.

Las Vegas is widely known for being the casino hub of the world, and as you likely already know, it has garnered a reputation for being one of the best places to go to if you are looking to bring a little glitz and glamour into your life. While this information is commonly known – something that isn't common knowledge is how Las Vegas transformed into the casino hotspot it is today.

The origins of Las Vegas are pretty interesting, and as you are going to find out in this article, there were a slew of key events that turned Las Vegas into the casino haven it is today. Let’s just dive straight into it and take a look at what made Las Vegas a casino hotspot.

A city of freedom
The history of Las Vegas begins in 1905. Las Vegas was certainly nothing to write home about in the beginning – it was merely a small settlement that happened to be a good stop-off point for the salt lake railroad which would connect Las Vegas with the Pacific and other important railroads.

Settlers quickly began to come to Las Vegas to set up various businesses and earn their fortunes, and as a result of this, more than a few small-time casinos and gambling establishments were set up.

The story of Las Vegas truly has its start in 1910, when Nevada officially outlawed gambling. As you would expect, Las Vegas mostly ignored these rules which made Vegas become incredibly appealing to outlaws and vagrants, and soon after, the mafia came over and set up a plethora of casinos in order to launder money.

Nevertheless; Las Vegas’ main claim to fame was its reluctance to obey the law and commitment to complete and utter freedom, and this outright defiance of the law is more than likely the sole reason it is on the map today.

If it were not for the utter defiance of the law and the thriving criminal frontier that Vegas once was, all of the top Las Vegas casinos would have likely set up elsewhere – the same thing could truly have happened in any location. It’s just the way that things went.

We hope we have been able to give you a better insight into what turned Las Vegas into the casino hotspot it is today. Las Vegas is one of the most interesting locations on this planet, and we are overjoyed to have played our part in spreading information about it.

While there may be nothing particularly special about Las Vegas that made it the perfect place for casinos to thrive, the fact that it has always been seen as the epitome of freedom made it the ideal candidate to set up shop for casinos and other entertainment services, and the whole transformation process from what it used to be and what it is today was rather natural. It’s going to be interesting to see what comes of Vegas in the future.

Five best things to do while travelling Croatia

Australia is making a push to attract foreign workers