What to do when you find yourself in Indiana 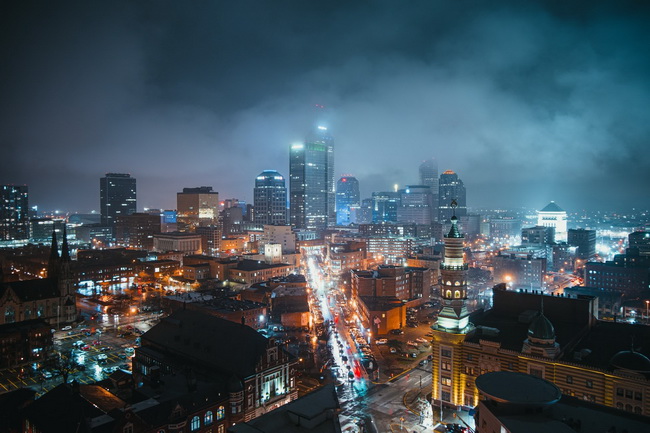 Indiana is a vibrant state, with a distinctive feel and culture, and plenty of places to see, and things to do, for all ages and interest groups. Here are some great reasons to visit.

Indiana has more than just cornfields and motorsport. The ‘Hoosier’ state is home to over six million people and has four major cities, the largest of which is the capital, Indianapolis. It became the 19th state of the Union in 1819 after a colorful colonial history that saw it change hands between the French and the English. The state is known as the ‘crossroads of America’ due to the large number of highway miles that crisscross it. But Indiana is more than just an intersection, it's a vibrant state, with a distinctive feel and culture, and plenty of places to see, and things to do, for all ages and interest groups. Here are some great reasons to visit.

If you're looking to jumpstart your career, Indianapolis, Indiana is the best place for living. This is due to the healthcare industry and the growing technology sector. The cost of living in Indianapolis is 7.6% below the national average making it a great place to both live and work.

The people
People are friendly in Indiana. It is often said that, even in the bigger towns and cities, there is a homely, small-town feel. Many are fiercely proud of their home, and won’t hesitate to tell you the stories and history of the state. However, no one can quite agree on why Indiana is called the Hoosier state. Disparate theories exist about a frontiersman’s hunting cry, a drunken brawl involving a Frenchman and a severed ear, and a word from the north of England which roughly translates as ‘a hilly landscape’. Dubious myths aside, expect a friendly welcome wherever you go. Country music is huge everywhere, people love to talk about food and gripe about the weather, which can be unpredictable, raining and overcast one moment and bright and sunny the next. But the disposition of folk in Indiana is almost always warm.

The food
Rural Indiana is farm country. That means an amazing array of excellent fresh produce, and some of the best fruit and vegetables you’ll find anywhere. Recent years have seen a big boom in farm to table restaurants, with organic vegetables, free-range meat and home-baked bread. Some state signature dishes include the breaded pork tenderloin sandwich (expect the meat to be at least twice the size of the bread), biscuits and gravy, and of course, corn. Generally prepared any way, but grilled on the cob is a perennial fave. And for those with a sweet tooth, the classic, simple but decadent sugar cream pie is a must. Or dig into a persimmon pudding, a beloved Hoosier dessert. Indiana chili is less spicy than elsewhere in the country, but rich and meaty and widely enjoyed. There are some pretty indulgent variations on that theme, such as chili mac and cheese, for those with ‘adventurous’ tastes.

Play, stay or get away
There is so much to do in Indiana – from relaxing and leisurely to high octane and exciting. There is beautiful nature – the Indiana Dunes state park with three miles of sand dunes along the shores of Lake Michigan which gradually formed over thousands of years, it also plays host to a startling variety of flora and fauna. Or the rugged Turkey Run state park, filled with ancient gorges and ravines, a big draw for hikers and outdoors types. Sport is big in Indiana, with the iconic Indy 500 race at the Indianapolis Speedway. Every year for more than 100 years, daring racers have taken up the challenge, with the winner presented with a bottle of milk to celebrate. The Speedway is open for visitors, offering tours and a museum for racing fanatics. Basketball (the Indiana Pacers of the NBA) and American football (the Indianapolis Colts in the NFL) are big draws for spectators, and many fans like to take a punt on the action. World Sports Network (WSN) knows this and offers a comprehensive guide to placing sports bets in the state.

Indiana trivia
Did you know that Indiana was the first place to have a fully electrified city? The illuminated place was Washbash, electrified by inventor Charles Brush in 1880, observed by 10,000 excited citizens. The first-ever train robbery took place in the Hoosier state, when the Reno gang managed to steal $10,000 in 1866. Although it isn’t mentioned by name, the comic strip Garfield is set in Indiana, in the city of Muncie, where creator Jim Davis went to college. Muncie is also the city that has produced more NBA players per capita than anywhere else in America, with 59 per million people. And last but not least, Indiana is the home of the world’s largest ball of paint, weighing in at a whopping 3,750lbs.

Indiana is far more than just the crossroads of the nation. It is a rich, vibrant place, mirrored by the vibrancy of its people and its nature.

Quarantine will be the death knell of the summer holiday, unveils survey in the UK