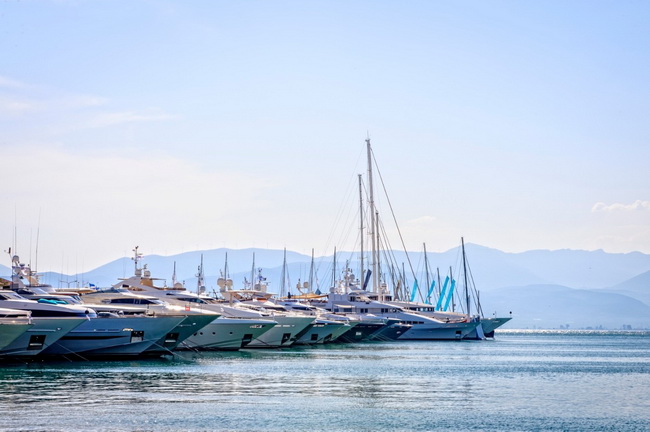 People often say that those who fall in love with the sea, find it difficult to stay “marooned” on land. The love of sailing in the sea has been with humans for thousands of years.

Love feeling that sea breeze on your face while you sail towards the horizon? The smell of the ocean is so real, you can almost taste it. The sound of the waves, that spray of saline water on your face can uplift any sea lover.

When did people first start sailing for fun, before all the fancy yacht clubs and the worldwide boat racing came into being?

People often say that those who fall in love with the sea, find it difficult to stay “marooned” on land. The love of sailing in the sea has been with humans for thousands of years.

Seafarers have enjoyed sailing across the ocean for centuries, but when did it all begin?

When did people first set sail?
Thousands of years ago boats were used to travel from one island to another. The earliest traces of sailing were found in ancient Egypt. The image of a ship with sails was found on an Egyptian vase from around  3500 BC.

As far back as fifty thousand years BCE, Asian islands used small rafts to sail for travel and trade. From East Asia, people migrated on these small boats to the islands of Oceania.

Even if people enjoyed sailing, it was not always used for recreational purposes. The enjoyment was an added benefit along with other uses of sailing.

The earliest use of sailing has the same purposes as of nowadays, like for traveling, transporting objects or trade, etc.

Catullus poetry revolved around the lifestyle of wealthy Romans. Even in the past, recreational sailing was a sport for the wealthy!

The word Yacht itself comes from the 16th-century Dutch word “jacht”. From around the 1600s, Dutch People became the pioneers behind modern recreational sailing.

When Dutch people dominated the sea, they chased around pirates and enemies on fast “jachts”. To celebrate their naval prowess, they sailed out on their yachts for fun.

It became fashionable to entertain friends on these fast boats. Going outings at sea on a boat became an event of entertainment for the rich.

If renting a boat is not enough for your seafaring heart, you can find yachts for sale online. If you have the money to spare, yachts are an excellent investment. Owning your own yacht is a luxury worth having.

A Royal sport
Before yachts became available for everyone, it was a luxury that only the rich and royal could afford. The love of yachts spread like wildfire through Europe. The United Kingdom became one of the earliest adopters.

In the mid 17th century, Charles II, the king of Scotland was sent to Holland on exile. He spent about 10 years in Holland where he witnessed the dutch love for recreational sailing.

Ten years later he was restored to the English crown. To celebrate his return to his homeland the dutch presented him with his own luxury yacht called Mary.

After his return, his love for recreational sailing was passed on to his brother James, the Duke of York, who also became a devoted yachtsman.

British Yacht Racing & Club
With two people in the family loving yacht and sailing, a fierce rivalry started. This ultimately led to a competition to find out who owned the fastest boat.

In 1661, the two brothers held a yacht race amongst themselves. Charles had already built his new boat, Katherine. Katherine was competing against James’s shiny new Anne.

The 40-mile race took place on the Thames. Charles in command of his Katherine won the race. That was the start of Yacht racing, a sport still loved today.

From royalty, the sport spread on to the wealthy across the world. In the 18th century Ireland, the first yacht club named Cork Water Club was formed. In the 1700s other clubs cropped up across the UK.

Recreational sailing in the USA

Boats of merchant princes
During the 1800s, yachting gained popularity across the Atlantic. Many wealthy merchants owned their own yachts that made trips across the ocean to Europe.

The earliest American yacht owner was said to be George Crowninshield from Salem, Massachusetts. He was a wealthy merchant “prince” who lived a luxurious life.

During the mid-1810s, he built Cleopatra’s Barge. This boat was the largest private yacht during it’s time. The boat was often spotted on the ports of Europe and America.

Wealthy merchants like Crowninshield had the wealth to spare. They enjoyed many luxurious sports and became an expert yachtsmen. They raced their fast and fancy boats against each other on every occasion they could.

America
In 1844, the first American yacht club named New York Yacht Club was formed in New York City. The founder, John Cox Stevens invited a few friends over to his private boat. He made a proposal to build a fast boat that can cross the Atlantic and compete in races in the UK.

The schooner named America was built and it made its way across the Atlantic in 1851. It took part in an impromptu race and won it with fashion, scaring off all other contenders.

America finally participated in a free for all race held by the famous Royal Yacht Squadron. After winning the prize, this competition was renamed America’s Cup. It's one of the oldest trophies still in existence.

Conclusion
Recreational sailing has been around for a long period of time. People’s love of sailing for pleasure has only grown over the centuries.

From being a luxury of the royals to world-class competitions being held in the present, Yachting is undeniably addictive.

To feel the wind on your face as you shoot across the oceans is a pleasure one had to taste at least once in a lifetime.