Newsletter
HomeColumnsInterviewsEdward Zammit Lewis, Tourism Minister of Malta: “In the footsteps of the Knights of St. John”

Edward Zammit Lewis, Tourism Minister of Malta: “In the footsteps of the Knights of St. John” 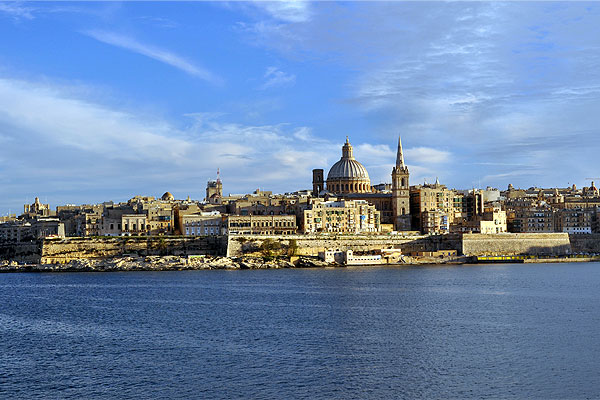 In the summer interview with TUI’s online media, the Minister talks about the uniqueness of the island of knights, red sand beaches, village festivals, underground temples, “ftira” and “imqaret”.

How do you welcome tourists in Malta?

Edward Zammit Lewis: In the Maltese language welcome is "Merhba", so "Welcome to the land of hidden secrets”

What is the special charm of Malta?

Edward Zammit Lewis: The dual nature of the Maltese islands is what distinguishes us from other traditional Mediterranean destinations. Malta is a sophisticated destination which offers the charms and attractions of a Mediterranean archipelago, a mild climate and a range of coastal activities, underscored by a vibrant local community with diverse culture and rich history. The hospitality of the Maltese people, for which we are so well-known for, is an added charm. The size of our islands, which make the diversity of our cultural offer within very easy reach of visitors, irrespective to where they are staying, is another unique characteristic that we can boast about.

What are your favorite spots, beaches and festivals in Malta?

Edward Zammit Lewis: The Maltese islands possess a variety of beautiful beaches to choose from, from golden or red sand, white rocks, blue lagoons and inland seas. The larger sandy beaches are found in the north of the island and some of the small rocky and sandy beaches, which are more secluded, can be quite spectacular. One of the most popular beach spot which is worth visiting, but which requires a short boat trip, is Comino's Blue Lagoon with its clear azure water. I also consider Ghajn Tuffieha as one of the most beautiful sandy beaches on the island, sometimes referred to as the Riviera. This is a beautiful and golden sandy beach overlooked by clay slopes and cliffs, located in the North-Western part of Malta. Another favourite in our sisland Gozo is the very charming Ramla Bay with its beautiful sandy beach and unique surroundings.

When it comes to Festivals, the Maltese Islands offer a wide selection that suit all tastes throughout the year. Cultural events such as the Malta Fireworks Festival, the Baroque Festival, the Malta Arts Festival, Notte Bianca, the Malta Jazz Festival, Festival Mediterranean in Gozo, the Isle of MTV and other open air concerts and performances are becoming traditions in their own right. If you are looking for an authentic Maltese experience, then you need to visit have our distinctive village fiestas, Carnival and Holy Week celebrations and events.

What is your personal hint to the foreign visitors in Malta? What should nobody miss when visiting your country?

Edward Zammit Lewis: As a tourism destination, we are clearly privileged as we possess a veritable trove of heritage and culture. The Maltese islands are living testimony to over 7,000 years of civilization, with a history predating the pyramids of Egypt. Malta has three UNESCO world heritage sites – Valletta, our magnificent capital city, the Megalithic oldest standing Temples, and the Hypogeum – an underground prehistoric temple dating around 3600 BC.

Worth mentioning also is the city of Mdina which served as the island's capital from antiquity to the medieval period, which is one of Europe's finest examples of an ancient walled city and extraordinary in its mix of medieval and baroque architecture.

Malta has an astonishing concentration of unique cultural and historical attractions, and you can find more heritage components per square kilometre here than any other country around the world. The Knights' of Malta legacy is very evident across the island, and we owe them the best-recognised icon that Malta is known for everywhere, namely the eight-pointed Maltese Cross. The Knights of St. John also built the baroque city of Valletta, which has been designated as the European Capital of Culture for 2018. Every visitor to Malta must dedicate sufficient time to visit and admire this magnificent city. Further more, the Knights of St John also built Saint John's Co-Cathedral, that is one of the finest examples of high Baroque architecture in Europe and one of the world's great cathedrals.

A visit to Gozo, the sister rural island of Malta, is most definitely a must, also being an idyllic haven for those seeking total relaxation.

How you say “Enjoy your meal!” in Maltese language and what local dishes would you personally offer to a friend and visitor?

Edward Zammit Lewis: In Maltese, we say "L-ikla t-tajba" (pronounced lickla it-tyebaa) Local gastronomy is typically Mediterranean, but is heavily influenced by neighboring Sicily and North Africa. For starters it will most probably be a freshly made fish soup, prepared with local tomatoes, herbs, onions, and, of course, the freshest local fish, crustaceans and shell-fish. For main course, we all like our traditional roasted dishes cooked in red wine and garlic, all local produce. You also must try our crusty bread or local 'ftira' which is quite a treat. For dessert, I would offer the local 'Imqaret', which are spiced date-filled pastry parcels, served with vanilla ice cream. A local Chardonnay wine will accompany the fish soup, followed by a rich red bodied wine, probably a Cabernet blended with Syrah grapes grown in Malta, which undoubtedly will go down well with the rabbit.

When is the nicest time in a year to visit Malta?

Edward Zammit Lewis: Well, we always say that Malta is a destination of all seasons; in fact Malta is a year-round destination. It all depends what one is seeking from a holiday. Our mild winter can be the best time for anyone who wants to explore the islands and its history at a quieter pace. In fact Malta is becoming increasingly appealing to "City Break Holidays" especially to Valletta. Malta is indeed an ideal short break destination especially in the off peak season. Spring is a magnificent time for those who want to travel to a destination specifically to engage with nature and its environs. This is a market segment which is growing and we offer various specialised rural and nature programmes, some of which involve hands on experiences.

How important is tourism in Malta?

Edward Zammit Lewis: The World Travel and Tourism Council has just published its annual report for 2015, placing Malta 23rd out of 184 worldwide countries when measuring the importance of the sector to the economy. The direct contribution of Tourism to GDP stood at just over 15%, whilst total (direct and indirect) contribution reached 27.7% of GDP, and this is forecasted to rise by a further 4 to 5 percentage points this year. Direct employment in the industry last year reached 16.5% of total employment, whilst Indirect employment stood at 28.8%. Tourism also generated 10.4% of total investment in 2015. These figures are expected to rise this year and to continue growing over the next. This surely signifies how important tourism is to the national economy now and in the future.

Last year was a record year for Malta’s tourism. What are the prospects for the current tourism season in Malta?

Edward Zammit Lewis: Malta’s tourism performance has been on the high side of European and Mediterranean performance. 2015 was an all-time record for tourism in Malta, also exceeding records achieved in previous years. It is estimated that this year arrivals will reach a landmark figure of circa 2 million tourists, equating to almost 16 million nights spent on the islands. This is additional to cruise passenger visitors which last year also reached record levels of over 600,000 arrivals on our shores. Nevertheless we cannot take this continued success for granted and we have to continue working hard to maintain and possibly improve such a robust performance by further improving our tourism product.

What are the main points of your strategy to further develop Maltese tourism in future?

Edward Zammit Lewis: Tourism is complex in nature and our strategy aspires at finding the best path that combines the interest of economic progress together with environmental and social prosperity. My top priorities for the immediate future are:

My objective is to provide the necessary vision and facilitate direction to all the stakeholders who, in turn, can spearhead their own initiatives for the continued benefits of the tourism sector.

What should a visitor in Malta do that would make the local people smile?

And what would the locals in Malta do, to make visitors smile?

Edward Zammit Lewis: Well many things, I think it is mainly the warm hospitality of the local people. The Maltese people’s traditional hospitality, features strongly in Malta's overall tourist offer with over 90% of tourists rating it as most satisfactory, but we are also working very hard to ensure that we continue giving our visitors plenty of other reasons to smile about when they are here visiting our beautiful islands.

Opening up Malta to North American travelers through the #MaltaisMore campaign

Most tourists to Malta stay in four-star hotels