Camino de Santiago, the route followed by pilgrims to reach the apostle 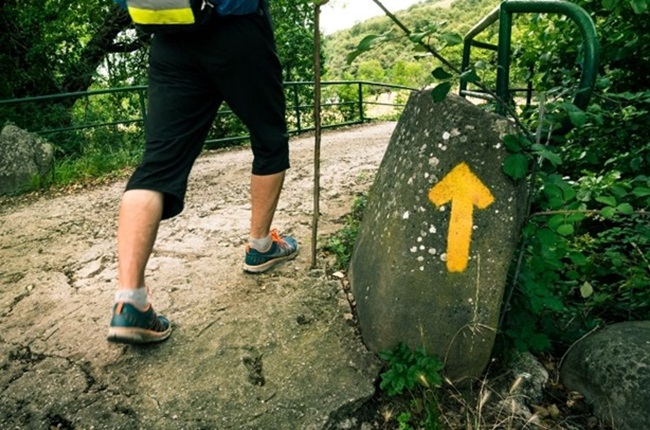 Before joining the Camino de Santiago pilgrimage it is important that you have some kind of physical preparation, it is a walk of several hundred kilometers that can be exhausting physically and mentally, but you can also do it by bicycle.

The Camino de Santiago is a route traveled by pilgrims who travel to Santiago de Compostela from all over the globe. In this walk, homage is paid to the relics of the apostle Santiago el Mayor. The complete route of the Camino de Santiago had a great boom during the Middle Ages, but then it was slightly forgotten until more recent years, where the most devoted pilgrims have given it relevance again.

Main routes of the pilgrimage of Santiago de Compostela
Before joining the Camino de Santiago pilgrimage it is important that you have some kind of physical preparation, it is a walk of several hundred kilometers that can be exhausting physically and mentally, but you can also do it by bicycle. Now, to get to the city of the apostle there are many routes available, each with its own advantages and disadvantages.

To begin with, there is the French route, which is the most popular among pilgrims. With 940 kilometers divided into 31 sections, it is the longest route to Santiago. In second place we find Santiago del Norte, another of the routes with the most traffic that stretches about 815 divided into 32 stages when traveled on foot, also offers walkers a more picturesque landscape with a view of Laredo beach.

Other routes are the Camino de Santiago Primitivo, which receives that name for being the first route used to reach Santiago and extends for 322 km. The Vía de la Plata is also an excellent option to get to Santiago, although it is a fairly hard section, it is worth traveling thanks to its age and history, this route has more than 705 km divided into 26 stages on foot.

Of course, there are other routes that also lead to the Camino de Santiago, but some of them are desert terrain that could later take a toll on the agency due to the complicated weather. Doing the Camino de Santiago is a good opportunity for you to rediscover your spiritual side while taking advantage of it and doing some sport.

Why pilgrimage to the Camino De Santiago
It is a very important route for those who plan to renew their faith, in addition to the fact that the path is so noble that it gives time for personal reflection, full of fellowship between walkers from different countries and with varied traditions.

Once you arrive at the Cathedral of Santiago, you feel a tremendous personal achievement having completed hundreds of kilometers on foot and being able to visit and embrace the Apostle Santiago is the greatest reward that people receive. The way to Santiago de Compostela is a major religious ritual, which when it ends allows pilgrims to meditate on all the effort it took to get to the Cathedral while professing their faith.