Petros Stathis: “Business is booming in the Balkans” 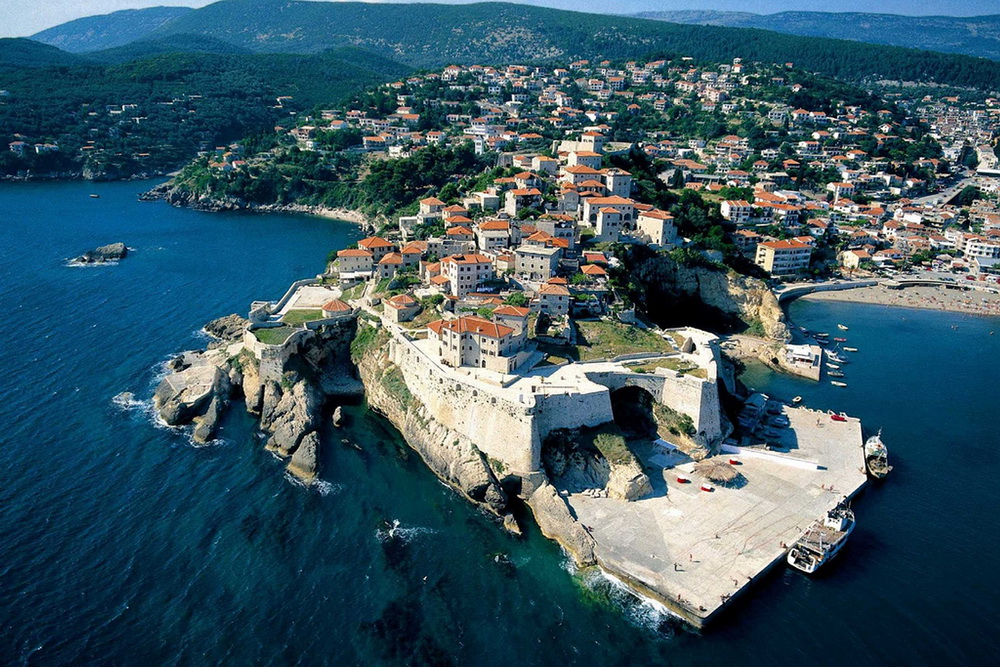 Since regaining its independence in 2006, Montenegro – once an overlooked jewel of the Adriatic – has become a magnet for foreign investment.

The Balkans countries don’t immediately spring to mind when you imagine the business focus of a Greek entrepreneur – especially one that specialises in the tourism sector. But Petros Stathis is a businessman that has always refused to follow the well-trodden path of his peers.

“Being Greek and having an interest in the tourism industry, the natural route is usually to look to homeland hotspots like Corfu, Mykonos or Santorini,” says Stathis. “I love these places as much as anyone but I’ve always felt a natural pull to the beautiful Balkans countries, and in particular my adopted home of Montenegro.”

Stathis is not alone in experiencing this pull. Since regaining its independence in 2006, Montenegro – once an overlooked jewel of the Adriatic – has become a magnet for foreign investment. Its dramatic and varied landscapes, business-focused economic system and low corporate tax rate have made it a hotspot for tourism in recent years, piquing the interest of investors from around the globe.

Stathis sums it up more simply: “Business is booming in the Balkans.”

The tourism sector alone accounts for almost 25% of Montenegro’s GDP, and foreign investment stock currently represents over 130% of the country’s entire GDP, according to the UNCTAD World Investment Report.

The government has been instrumental in driving growth in the sector by opening up the economy to foreign investors and removing any impediments to doing business. As a result, Montenegro currently ranks 50th out of 190 economies in ease of doing business, according to the 2019 World Bank Doing Business Report.

Stathis speaks from experience. Having a successful track record in hospitality and real estate, in 2008 he set his sights on the burgeoning Montenegrin tourism industry and took on his most ambitious project to date – restoring the iconic Sveti Stefan resort. Since then his business interests in the country have expanded to include banking, media and the food industries.

“Montenegro is officially open for business,” he says.

“I’m keenly aware of some of the pitfalls of mass tourism that have affected parts of Greece and other countries,” reflects Stathis. “While this model can generate a lot of revenue for local economies, more often than not it robs the area of the heritage and culture that attracted visitors in the first place. This is something I was insistent on avoiding with Sveti Stefan.”

The Sveti Stefan resort, built on the existing foundation of a 16th-century village, was restored and re-opened in 2011 by Stathis under the ownership of the Aman group. Once a favourite of the original ‘jet set’ in the 1950s, the regeneration of the hotel was widely considered the impetus for Montenegro’s revival in the luxury tourism market.

“Sveti Stefan was a real passion project for me,” says Stathis. “We worked tirelessly to perfect every tiny detail, and in doing so I believe we created one of the world’s most premium hotel experiences, showing other potential investors what can be achieved in Montenegro.”

Since the re-opening of Sveti Stefan, the luxury tourism market in Montenegro has grown exponentially, earning comparisons with Monaco and the French Riviera. The World Travel and Tourism Council has predicted that Montenegro will receive €10 billion in investment over the next decade, with 36%, or €1.9 billion, of GDP coming from the tourism economy by 2021, rising from 17% in 2017.

Projects such as Porto Montenegro have followed Sveti Stefan’s lead, offering a yacht and superyacht marina with 850 berths, a five-star hotel and shopping village, luxury villas, a helipad and a museum. The estimated investment to date in Porto Montenegro alone amounts to over €450 million, providing a huge stimulus for the local economy.

“This country is going from strength to strength, in no small part due to the success of the tourism industry. I’m delighted to have played a role in its growth,” Stathis says.

While he is proud to call it his home, Stathis’s interest in the Balkans isn’t limited to Montenegro. He also has his sights set on neighbouring Croatia.

Tourism in Croatia is an exceptionally important industry which accounts for around 20% of the country’s GDP and is also one of the biggest employers. Last year was another record-breaking year for its tourism industry with 19.7 million tourist arrivals and 106 million overnight stays.

Following the success of Aman Sveti Stefan, Stathis’s team will commence the work of building a new luxurious 50 million Euro hotel in Dubrovnik at the end of the year, after a break in the work.

“With Aman Cavtat we are applying all the lessons we learned with Aman Sveti Stefan about how to offer the very pinnacle of refinement to our guests, whilst benefiting the local economy and delivering an aesthetic and experience that is in keeping with the area and its culture,” says Stathis.

The resort is expected to set a new standard for excellence in hotel design and will be built on the site of the former Hotel Macedonia. It will include 43 luxurious suites and seven supreme suites. The design represents a synthesis of architectural styles, working with the grandeur of the landscape and built with local materials.

“We are creating a kind of observatory for our guests,” he says. “The terrace of each suite will provide a unique view of Cavtat’s bay and the stunning Adriatic coastline. As with Aman Sveti Stefan, this project is about building the most beautiful resort in harmony with the environment and local infrastructure.”

Croatia’s Ministry of Tourism has announced that in 2019 direct investments in the tourism sector will amount to 1.5 billion Euros, an increase from 2018 when investments totalled 940 million Euros. In 2019 private investors like Stathis will contribute around 625 million Euros to the tourism industry whilst local government bodies will invest around 425 million.

“Our objective for Croatia is the same as every other country where we’ve invested – to ensure the success of our business goes hand in hand with the success of the area’s tourism industry as a whole,” he concludes.

“Leaving a lasting, positive legacy of which the country can be proud is the most important objective for me.”

What you can expect to do in Laos