Why did you buy a private jet? 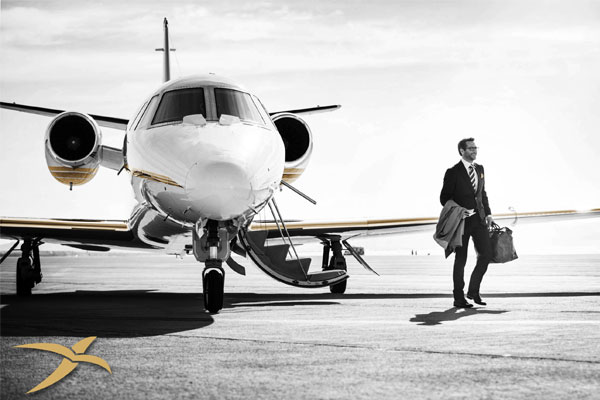 Cryptocurrency-centered private jet provider BitLux explains why purchasing an aircraft is not for everyone; unless you want to lose money.

OK, we get it. Buying a private jet is the ultimate demonstration of success. The purchase might’ve been on your bucket list for several years until now, when you’ve reached a certain stage in your business that allows you to invest on an aircraft (Investment? We’ll get back to that in a moment). Or maybe your fierce competitor just bought one and you need to show your clients that you are second to none.

There are many reasons to buy a jet, but to every decision in favor of acquiring a business aircraft, there is an argument not to go down this lane, or runway… For starters, a mid-size jet can cost between 15 and 20 million dollars, a cost that jumpstarts a large sequence of secondary expenses that need to be accounted for. Every owner needs insurance, a flying crew, a maintenance program, scheduled and non-scheduled, and spend on FBO fees (hangarage, fuel, flight dispatch). Add the jet’s depreciation, and owning an aircraft quickly looks like having a whole new business to care for, but one without the revenue.

Many owners argue that the aircraft will allow generating more business thanks to its flexibility. True. But at what cost? Quite high. To be fair, there’s one variable that justifies the purchase of a private jet. No, it's not the amount of money on your bank account nor the rising inefficiency of commercial travel. It’s defined by how much time you’ll spend in the sky; how many hours per year you will actually operate the aircraft. That number should be between 200 to 400 hours. Everything less, and you will be officially losing money.

On-demand private jet charter
Companies like Florida based private jet provider BitLux come into the picture when flying less hours, without losing flexibility, comfort nor luxury. It could even be debated that charter firms provide even larger amounts of flexibility because you can adapt the aircraft to your travel requirements by offering a different plane for each route, thus maximizing the value and not overspending on a certain route that works best for a turboprop instead of a long-haul jet. When you buy, you commit, and occasionally will need to charter a different aircraft anyways.

When flying with a charter company, you can choose a certain pool of aircraft for short, medium and long-range flights. There’s a perfect plane for every flight, and the pairing is key for maximizing private jet travel, from an operating and cost-efficiency standpoint. Regarding the latter, all the aforementioned expenses; insurance, crew, maintenance, FBO, within others, are not your concern and will be handled by the private charter company. Naturally, these fees still need to be managed and each client pays for a small portion on every route.

Overall, owning a private jet provides a special vibe, no question about it. But there’s a reason for the growing trend to charter the appropriate plane for a specific route, even when owning an aircraft. This is an option pursued today by companies with a fixed fleet of business jets and private owners alike, the reasons being, firstly, cost efficiency because you won’t overpay by using a large jet for a one-hour trip, secondly, time-efficiency, thanks to charter companies having official flight times and performances of thousands of aircraft for specific routes, and finally, safety, since you will be using a plane that adapts to shorter runways or special operating conditions.