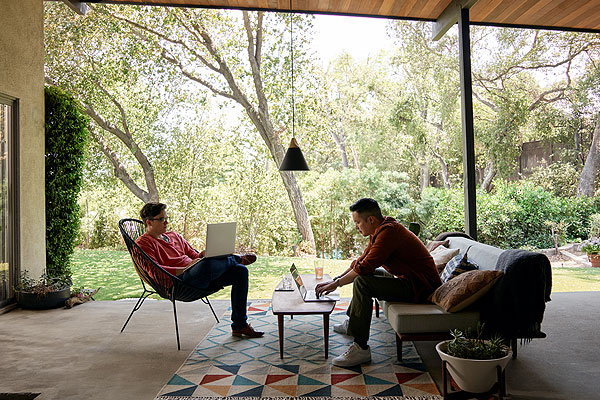 Earlier this year, Airbnb launched our Live and Work Anywhere initiative to identify some of the most remote worker-friendly destinations in the world, and support governments and Destination Marketing Organizations (DMOs) in helping to revive tourism and provide economic support to communities after two-plus years of travel restrictions.

Airbnb has announced it will partner with 20 destinations around the world to make it easier to live and work anywhere, including Bali, the Canary Islands and the Caribbean.

The 20 destinations we will spotlight include:

Over the next few months, they will work closely with each organization to create dedicated custom-built hubs for their destination, showcasing the best of local long-term stay listings as well as important information relating to entry requirements and tax policies. We will also partner with destinations on educational campaigns to promote responsible hosting and traveling as a remote worker. The destination hubs are expected to launch later in the year.

Destinations range from whole countries to smaller, lesser known towns and were selected based on their attraction to remote workers and progressiveness in evolving policies for those looking to live and work in a different region and attract a new type of traveler.

The initiative builds off work during the pandemic which saw us partnering with more than 160 governments and DMOs to specifically support efforts to encourage the return of tourism — including through remote working — to their communities including Malaga, Buenos Aires and the French Rural Mayors Association.

Millions of people are now more flexible about where they live and work. As a result, they’re spreading to thousands of towns and cities, staying for weeks, months, or even entire seasons at a time. About one in five guests reported using Airbnb to work remotely while traveling in 2021 — a trend that has continued into Q1 2022, with long-term stays at an all-time high, more than doubling in size from Q1 2019. They are essentially “living” on Airbnb as guests have already planned stays in over 72,000 cities and towns this summer.

Research conducted by the Harvard Business School shows that while it is clear that digital nomads, and remote workers in general, can be a boon to any economy, they also might play a key role in fostering entrepreneurship in the communities where they stay, creating “technology clusters” around the world.

"In the two years since the pandemic began, a new world of travel has emerged in which many workers are untethered to an office. In collaborating with these 20 destinations, we want to make it easier for workers to enjoy this flexibility and support the return of safe and responsible travel. We know that travel brings significant economic opportunity to local communities and connects people around the world. We’re excited to launch this one-stop shop for anyone thinking of joining the millions of workers that are already enjoying this new trend of working flexibility and travel" says Nathan Blecharczyck, Airbnb co-Founder and Chief Strategy Officer.