Airbnb and sports: A winning combination 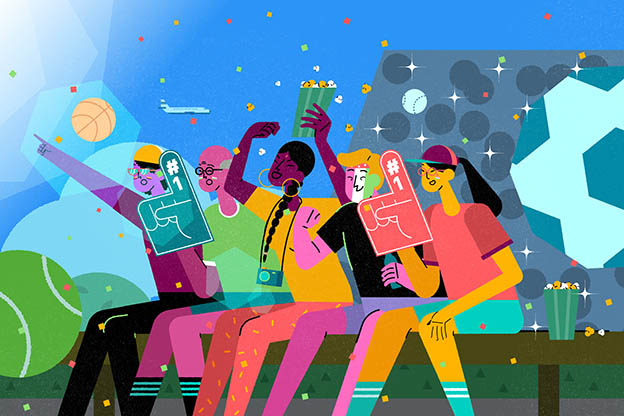 Global hospitality platform Airbnb announces new data that illustrates the strong, long-running relationship between sports and Airbnb. To date, Airbnb hosts have earned an estimated US$150 million from some of the world’s biggest sporting events around the world, and 44% of Airbnb hosts surveyed globally say they have hosted guests traveling for a sporting event.

Over the past decade, Airbnb has helped cities host major sporting events, creating new, flexible accommodations inventory and promoting healthy travel that better enables local communities to benefit from these global showcases. Sporting events have also been a galvanizing force for the growth of home sharing in local communities, introducing a new economic platform with positive ripple effects that last long beyond the final whistle. Airbnb has also been an increasingly popular platform for sporting communities around the world, especially with the development of new sports Experiences.

Sports Tourism in Thailand is Growing with Airbnb
The Thai Government has put Sports Tourism at the heart of its tourism strategy and the country hosts many large-scale domestic and international events around the country from running and triathlons to sailing and motor sports.

Buriram, in Thailand’s northeast, is rapidly growing into the country’s sports hub and has hosted landmark events including the country’s first ever MotoGP in 2018. With limited accommodation supply in the city, Airbnb has partnered with the Ministry of Tourism and Sports’ Department of Tourism and homestay provider B-STAY to grow supply. Ahead of the 2019 Buriram Marathon, the number of listings in Buriram on Airbnb spiked more than 3.5x as locals recognised the benefits of opening their homes to local and domestic visitors. This followed last year’s 2018 Thailand MotoGP where 220 guests from 60 global cities stayed with local hosts on Airbnb. Hosts earned a combined income of THB400,000 over the four days, underscoring the ability of Airbnb to provide flexible accommodation for events.

The top 5 sports destinations in Thailand, measured by the percentage share of Airbnb listings in a destination that mention sports in the description as of 1st May 2019, are:

“Thailand has a strong sporting heritage and is host to many large-scale sporting events that attract domestic and international participants and fans,” commented Mike Orgill, General Manager for Southeast Asia, Hong Kong and Taiwan, Airbnb. “Airbnb is playing an important role in helping to scale up accommodation supply and create revenue opportunities for local communities that are the hosts of these events. Buriram is one destination we have worked with closely and we also see spikes in bookings during sports events held in Chiang Mai, Pattaya, Phuket, Bangkok and beyond.”

Airbnb Welcomes Sports Fans Around the World
Every week, Airbnb hosts are welcoming fans into their homes as they attend sporting events large and small. A review of Airbnb booking data shows that this pattern has played out at major sporting events around the world throughout Airbnb’s history.

Airbnb hosts in Gangwon, Korea earned a total of THB72 million (USD2.3 million) by sharing their homes during the Winter Olympics 2018. Over 15,000 travelers stayed in an Airbnb during the three weeks — accounting for a 500% increase from the same period in 2017, and 71% of all international guests who visited Gangwon throughout the entire year of 2017.

The upcoming Rugby World Cup will see Airbnb’s burgeoning host community in Japan welcome an estimated 300,000 guest arrivals, and earn more than THB135 million (US$43 million) over the period of 22 September – 2 Nov 2019.

“Global sporting events help to illustrate the potential and benefit of the Airbnb platform like few other things can. For cities around the world, hosting a major sporting event can be both a burden and a benefit. They can create a tremendous economic windfall, but there are often questions around how much of that windfall actually makes its way into the pockets of local citizens. And the massive influx of tourists can place a strain on a city’s infrastructure, especially in places with limited accommodations,” shared Orgill. “Over the past decade, Airbnb has helped to ease the infrastructural burden for cities that host major sporting events, and enabled local residents to more directly participate in the economic benefits they can often bring.”

All Homes and Experiences referenced are intended purely to inspire and illustrate. Airbnb does not recommend or endorse specific Home or Experience listings on the Airbnb platform.