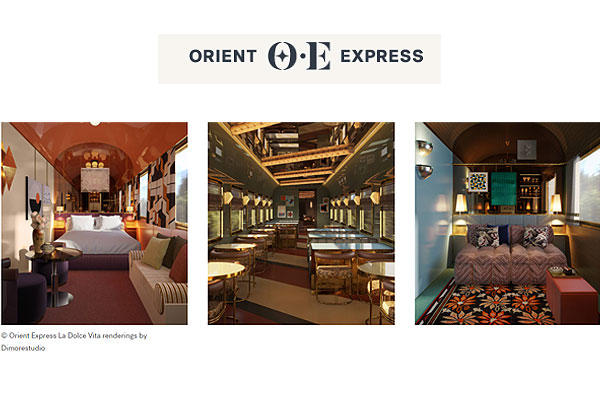 300 million euros investment from Oaktree to support the launch of Orient Express “La Dolce Vita” and the expansion of its portfolio of luxury hotels in Italy.

Pursuant to this transaction, Arsenale will seek to invest further capital and continue to work with the most renowned international hospitality brands wishing to expand in Italy. Arsenale will be creating new destinations across Italy synergistically with its luxury train routes.

In December 2021, Arsenale announced the creation of the new Orient Express “La Dolce Vita’” in collaboration with Accor S.A., Trenitalia-Gruppo Ferrovie dello Stato and Fondazione FS, with the goal to launch a fleet of six luxury trains operating in Italy and Europe. Oaktree’s investment will support the Company in the development and launch of the project, which is set to begin operations in 2023. This investment will also support the Company with the delivery of its current pipeline projects, which include the future Orient- Express Hotel de La Minerve in Rome and Palazzo Donà-Giovannelli in Venice.

The company was created as a partnership between the Barletta Group and Annabel Holding who remain the controlling shareholders.

Paolo Barletta, CEO of Arsenale Spa, said: “Arsenale was created with the goal to become a reference point in the Italian luxury hospitality market. We are thrilled to have entered this partnership with Oaktree, which lays the foundations for the expansion of Arsenale, both in terms of finance and know- how. The support of an international investor like Oaktree consolidates our position in the hospitality sector and provides us with the financial strength to compete with major international hospitality groups. The Italian hospitality sector is clearly undergoing a renaissance period and we believe that it is more important than ever to be laying the foundations for the next 50 years of hospitality “Made in Italy”.

Nicola Bulgari, Annabel Holding concluded: "This partnership is a testament to the strong position Arsenale has achieved in the Italian hospitality sector, which we are extremely proud of. The launch of Orient Express “La Dolce Vita” and the opening of our hotels will lead to the recruitment of more than 420 new professionals that we aim to hire, including recent graduates of our training schools. We believe that tourism will continue to represent a substantial driver of the Italian economy over the next few years, and it is essential that the sector continues to invest in developing talent at every level.

We are grateful for the work of the Ministry of Tourism and its support for our country through the relaunch of the thriving hospitality sector”.