Ascott makes first into Ireland with acquisition of prime property in Dublin for 55.1m. euros 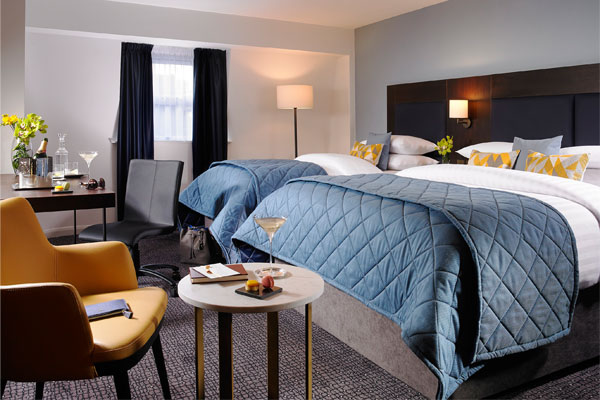 Ascott’s 1.2 billion euros portfolio in Europe to get boost with landmark acquisition in one of the world’s most attractive business locations.

SINGAPORE – CapitaLand’s wholly owned serviced residence business unit, The Ascott Limited (Ascott), has expanded its global footprint to Ireland, one of the fastest growing economies in Europe. It has acquired an operating hotel in Ireland’s capital city Dublin, the 136-unit Temple Bar Hotel, for  55.1 million euros (S$83.6 million). Located within Temple Bar, the vibrant cultural heart of Dublin’s city centre, the property is close to museums, boutiques, restaurants, cafes, galleries and attractions such as the famous Dublin Castle, Guinness Storehouse and Jameson Distillery.

Mr Lee Chee Koon, Ascott’s Chief Executive Officer, said: “Europe is a key market for Ascott’s global expansion. Ireland’s pro-business environment has attracted some of the world’s biggest companies such as Google, Facebook, Microsoft and LinkedIn to establish their European headquarters in Dublin. Ireland is also used as a launch pad to the European Union (EU) by many U.S. companies and U.S. is amongst Ascott’s top source markets globally. Ascott’s entry into Ireland will cater to this rising demand for accommodation by corporate and leisure travellers. The acquisition will boost Ascott’s EUR1.2 billion (over S$1.8 billion) portfolio in Europe and bring us closer to our target of 10,000 units in the region by 2020.”

Ireland, which has a predominantly English-speaking population and a law system similar to the United Kingdom, is rated by The World Bank's ‘Doing Business’ Report as amongst the easiest places in the EU to start a business1. Post Brexit, Dublin has stepped up efforts to woo multinational companies to site their EU-based operations in Ireland.

Ireland’s economy is expected to expand by 4.9% this year, one of the top three fastest growing economies in Europe2. Tourism is booming in Ireland. It had a record number of visitors, up 12% in the first nine months of this year3. Dublin hotels had the highest Revenue Per Available Room (RevPAR) growth rate in Europe in 2015, and the city is expected to top the European cities in RevPAR growth again in 20174. With extended stay accommodation supply at only 0.08 unit per 1,000 overseas visitors in Dublin5, the market presents huge potential for Ascott.

Mr Alfred Ong, Ascott’s Managing Director for Europe, said: “Ascott has built a strong presence in Europe as one of the region’s largest international serviced residence owneroperators. We look forward to bringing our signature hospitality to Ireland with a centrally located and quality accommodation in Dublin for our corporate and leisure guests. Acquiring an operating property in Dublin will give us a much faster time-to-market. The property has been achieving over 80% occupancy in the last few months and we are confident that we will be able to add value to this prime asset. There are already plans to rebrand the property at a later date. This acquisition brings Ascott’s portfolio in Europe to more than 5,400 units in 45 properties across 19 cities in Belgium, France, Georgia, Germany, Ireland, Spain and the United Kingdom.”

The Dublin property sits on Fleet Street, minutes away from Dame Street, a main thoroughfare in the Irish capital where many financial institutions such as the Central Bank of Ireland, Allied Irish Bank and Ulster Bank are situated. It is also within walking distance to the International Financial Services Centre that houses more than 500 companies including global financial
institutions, law firms, audit firms and taxation advisors. Its central location offers guests convenient access to Grafton Street and Henry Street, the two main shopping streets in Dublin. In addition, major event facilities such as the Convention Centre Dublin, the 3Arena and Aviva Stadium are nearby.

The property also benefits from key transport services that are within easy reach from its door step – the Dublin Area Rapid Transit and LUAS (Dublin’s light rail tram system) lines as well as extensive bus network provide guests with swift connection to the airport and the rest of the city.

Ascott achieved record growth this year with more than 10,000 apartment units added globally. It also launched lyf, a new brand designed for and managed by millennials, which will complement its other existing brands to accelerate Ascott’s growth to achieve its 80,000-unit target globally by 2020.

Budapest Airport bound for the Balkans