At Q3 2022 close, projects in the early planning stage in Latin America’s hotel construction pipeline are up 22% year-over-year 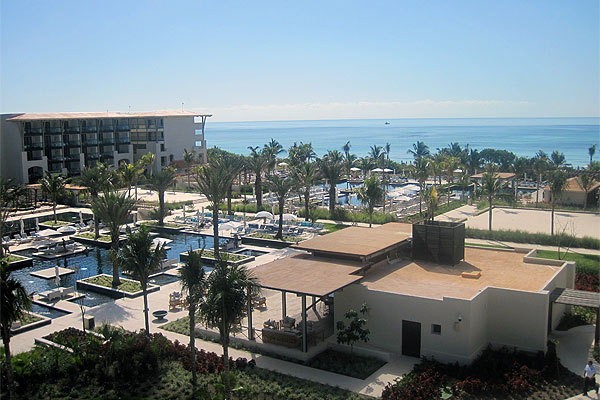 At the end of the third quarter, projects currently under construction stand at 239 projects/44,837 rooms. Projects scheduled to start construction in the next 12 months are up 6% by projects YOY, standing at 165 projects/24,648 rooms and those in the early planning stage stand at 144 projects/21,243 rooms, up 22% and 14% respectively.

Five countries in Latin America’s construction pipeline account for 68% of the projects in the region. Mexico has the most projects in the pipeline at Q3, with 206 projects/33,761 rooms. Brazil follows with 92 projects/15,420 rooms. Next is Peru with 28 projects/3,610 rooms, then the Dominican Republic with 27 projects/6,262 rooms, and Argentina stands at 18 projects/1,956 rooms.

Cities in Latin America with the largest project counts in the pipeline include Mexico City, Mexico with 24 projects/3,168 rooms; Guadalajara, Mexico with 21 projects/2,595 rooms; Cancun, Mexico with 20 projects/8,590 rooms; Lima, Peru with 17 projects/2,508 rooms; and Sao Paulo, Brazil with 12 projects/2,609 rooms. These five cities account for 21% of the rooms in the region’s total construction pipeline.

Hotel franchise companies with the largest construction pipelines in Latin America at the Q3 close are Hilton Worldwide with 104 projects/14,792 rooms, Marriott International with 103 projects/17,471 rooms, Accor with 75 projects/9,528 rooms, and InterContinental Hotels Group (IHG) with 58 projects/6,629 rooms. These four companies account for 62% of the projects in the total Latin America construction pipeline.

UFI General Assembly wraps up a transitional year for the industry, highlights progress on key issues