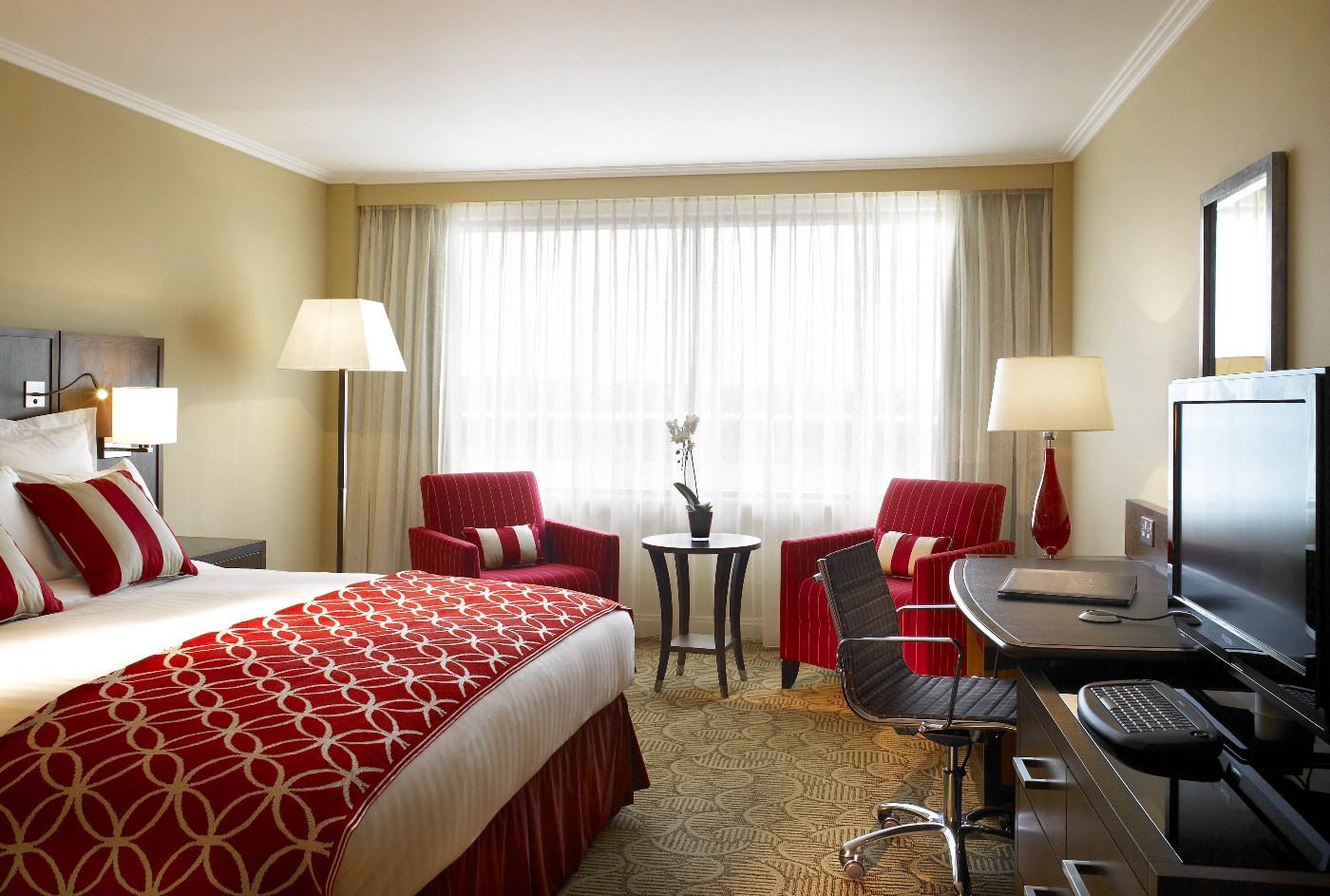 Across the regions, Edinburgh (122 euros/£107) and Manchester (117 euros/£102) were the second and third most expensive destinations in the UK respectively – although both also experienced a fall in room rates.

Latest data from HRS – Global Hotel Solutions – has revealed that average room rates in the UK have dropped across the country by nearly 12% in 2016 compared with the previous year.

Despite rates falling by 9% compared with 2015 in London, hotel room rates in the capital still held relatively strong, costing an average 172 euros (£150) per night in 2016.  London not only remained the UK’s most expensive top destination, but it was also the second most expensive city to stay in Europe.

Meanwhile, across the regions, Edinburgh (122 euros/£107) and Manchester (117 euros/£102) were the second and third most expensive destinations in the UK respectively – although both also experienced a fall in room rates.

Comparing London’s room rates against those in some of Europe’s major cities, the UK capital fell from the top spot in 2015, seeing Zurich taking the top spot as the most expensive destination with rooms averaging 174 euros (£152) per night.

Istanbul saw the biggest rate drop of nearly 18%, down to 75 euros (£65) per night in 2016 – a price that was matched only by Warsaw as the joint cheapest top destination to stay in Europe.

Talking about HRS’ findings for the UK, Andy Besent, Managing Director of HRS (UK & Ireland), commented: “The fall out of the Brexit vote from 2016 is likely to have had a knock on effect on the average room rates of hotels in the UK, but the hotel industry should be prepared further as we brace ourselves for what might be the full impact of Brexit later this year, and also the performance of the British pound against the Euro.

“Whilst our data has revealed that average room rates have steadily fallen across all top destinations in the UK throughout 2016, we would urge hoteliers to consider how they can capitalise on demonstrating that Britain is open for business as a cost effective option for visitors.

“Many UK destinations offer very competitively priced room rates compared with other major cities in mainland Europe and this should further help attract inbound visitors – whether staying for business or pleasure.”

Looking at worldwide room rates, New York was the most expensive top destination globally, with average overnight stays costing 241 euros (£210) per night in 2016 – a slight fall of nearly 9% against 2015 prices.  Washington became the second most expensive destination globally, with average room rates costing 219 euros (£191) in 2016, up 6% on the previous year.

Finally, Tokyo took third place as the most expensive top destination for hotel accommodation, following a 12% rise on the previous year – resulting in average room rates costing 191 euros (£167) per night.

Observing other patterns, Andy added: “Looking at global average room rates, it’s interesting to see that as the capital of South Korea has rapidly gained a reputation as an up and coming destination in Asia, Seoul’s average hotel room rates have rocketed up by nearly 33% from 126 euros (£110) per night in 2015 to 167 euros (£146) in 2016 – the biggest rise compared with any other top destination outside of Europe.

“However, Rio de Janeiro room rates sadly didn’t fare so well; indeed they tumbled by nearly a fifth in the last year down to 121 euros (£106) – the biggest international drop.  One might think that hotels in Rio should have reaped the rewards of hosting the Olympics in 2016, so it’s interesting to see that room rates actually fell.  It was widely reported that people were put off by the risk of contracting the Zika virus in South America, so this could have been a factor in hoteliers trying to make accommodation more attractive to visitors.”

Iran’s irresistible rise as a destination