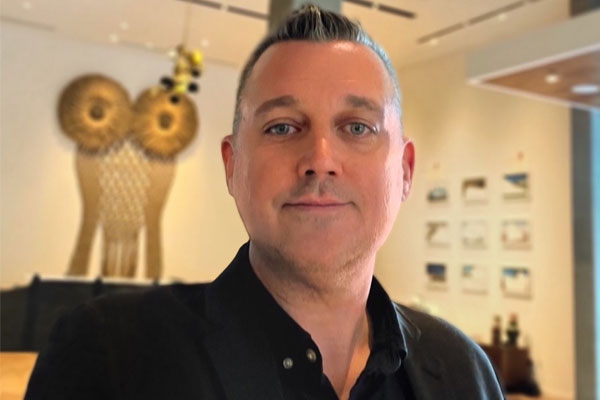 In his new role, Brick Loomis is responsible for leading the operational strategy, development and management of the award-winning hotel’s culinary, beverage and events programming.

“Brick’s leadership and demonstrated success in high-profile hospitality environments will undoubtedly help propel our food, beverage and events programs to even greater heights,” said Kimpton The Rowan Palm Springs General Manager Peggy Trott. “His background and personality are synergistic with where currently are and the direction in which we’re heading. We are thrilled to welcome Brick to our Kimpton family.”

Loomis brings more than 20 years of food & beverage leadership experience to the team at Kimpton The Rowan Palm Springs. He most recently served as Director of Outlets at Fairmont Miramar Hotel & Bungalows in Santa Monica, Calif. Prior to that, he was Assistant Director of Food & Beverage at Silicon Valley’s Rosewood Sand Hill where he helped Madera restaurant regain its Michelin star and earn a Wine Spectator Grand Award of Excellence. Loomis’ resume also includes a six-year tenure at Four Seasons Hotels and Resorts, during which he opened new restaurant concepts at properties in Washington D.C. and Los Angeles as Sommelier and Wine Director, in addition to director-level positions at acclaimed San Francisco landmark restaurants, the three-Michelin-starred COI and former Jardinière.

“It’s a true honor to join the team at The Rowan and the local Palm Springs community as we continue our journey along the path to excellence for each and every guest,” said Loomis. “Chef Ysaac has laid a solid foundation with the new culinary direction at 4 Saints. I’m inspired to complement his efforts with new, vibrant, and refreshed programming at each of our food & beverage outlets.”