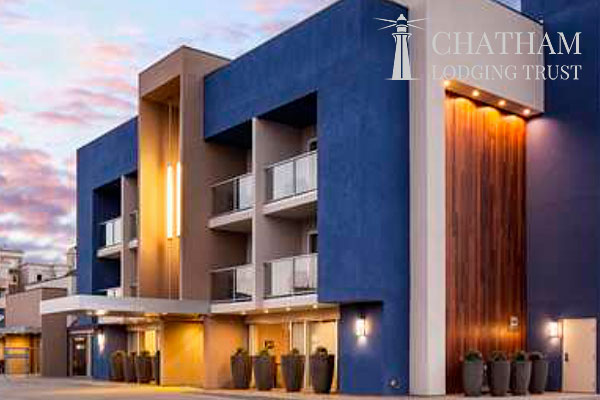 “The second quarter was fantastic, hitting on all cylinders as RevPAR jumped significantly coinciding with the continued return of our business traveler, operating margins surpassing 2019 levels and the successful sale of  four, non-core assets at a cap rate that highlights the underlying value of our premium-quality portfolio,” highlighted Jeffrey H. Fisher, Chatham’s president and chief executive officer. “The stellar operating performance generated by our best-in-class platform enabled us to more than quadruple adjusted funds from operations over the 2021 second quarter and, importantly, generate positive cash flow before CAPEX of $20.3 million which is up significantly from $2.8 million last quarter and more than five times higher than the 2021 second quarter. Excellent operating results combined with very successful hotel recycling has greatly enhanced our financial position, and we have the available liquidity and flexibility to build shareholder value.”

Fisher continued, “June 2022 RevPAR of $158 was up 19 percent over May and exceeded June 2019’s $157, marking the first month we have surpassed pre-pandemic RevPAR levels. Additionally, second quarter ADR of $179 exceeded 2019 second quarter ADR of $174. Portfolio RevPAR is strengthening, and we have significantly more upside in our largest market, Silicon Valley, that will further boost performance. Compared to 2019, April, May and June RevPAR were down 12, 6 and then up 2 percent, respectively. While our hotels build occupancy as business travel demand rises, we expect to continue growing ADR.

“In comparing our top six markets from the 2019 second quarter with the 2022 second quarter, it is something of a return to normal with five of the same markets appearing in both.  The only difference is that the 2022 top six markets substitute the lower RevPAR market of Houston with the higher RevPAR market of Greater New York,” commented Dennis Craven, Chatham’s chief operating officer. “The only other two markets that comprise more than five percent of our trailing twelve-month hotel EBITDA are Austin and Dallas, and combined with our top six markets, the eight markets comprise 61 percent of our trailing twelve-month hotel EBITDA. Second quarter 2022 RevPAR exceeded 2019 RevPAR in six of our top eight markets. RevPAR in our Washington D.C. market jumped 120 percent over the same quarter last year as the return to office has been slower than in other parts of the country.

“Our largest market, Silicon Valley, has experienced the slowest recovery of our top markets, but with the return of a robust intern program this summer, is rebounding sharply with RevPAR basically doubling from the same quarter last year as well as the 2022 first quarter. With return to office and international travel to Silicon Valley slowly but steadily coming back, we decided to take more intern business than previously which was the right decision and proven out by gaining market share over 2019. Given that 2022 second quarter RevPAR in Silicon Valley is 27 percent below 2019, the market has a tremendous amount of upside that will further propel our portfolio RevPAR to levels well above pre-pandemic levels,” Craven added.

Approximately 60 percent of Chatham’s hotel EBITDA over the last twelve months was generated from its extended-stay hotels. Chatham has the highest concentration of extended-stay rooms of any public lodging REIT at 61 percent.

The best travel ideas for women over forty