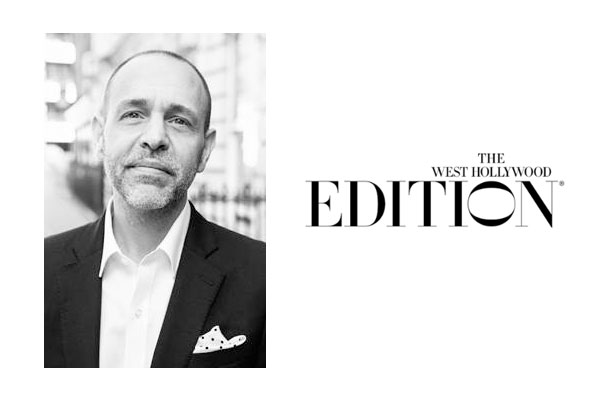 David Stanton has worked in the hospitality industry for over 25 years, spending more than half of this period with Four Seasons across its properties in New York, China, Thailand and the UK.

LOS ANGELES, CALIFORNIA – David Stanton has been appointed as General Manager of The West Hollywood EDITION. Stanton has worked with the EDITION Hotels brand for over five years. He comes to the only West Coast location of the luxury hotel brand from The London EDITION where he most recently served as General Manager at the Fitzrovia-based property.

Stanton has worked in the hospitality industry for over 25 years, spending more than half of this period with Four Seasons across its properties in New York, China, Thailand and the UK, following which he held the position of Director of Food & Beverage at Rosewood Hotel Georgia. Stanton brings a wealth of experience from his positions at five-star hotels and luxury hospitality brands across the globe.

In keeping with the EDITION philosophy, The West Hollywood EDITION redefines the hotel landscape in Los Angeles, bringing a new lease on outdated luxury by balancing sophisticated design and personalized, attentive service with one-of-a-kind offerings reflecting the best of the cultural and social milieu of its location. The hotel by Ian Schrager, in partnership with Marriott International, punctuates the Southern California landscape with an excitement and energy reminiscent of the cultural revolutions that took place there in the Sixties and Seventies.

An inimitable luxurious boutique hotel in Egypt ever