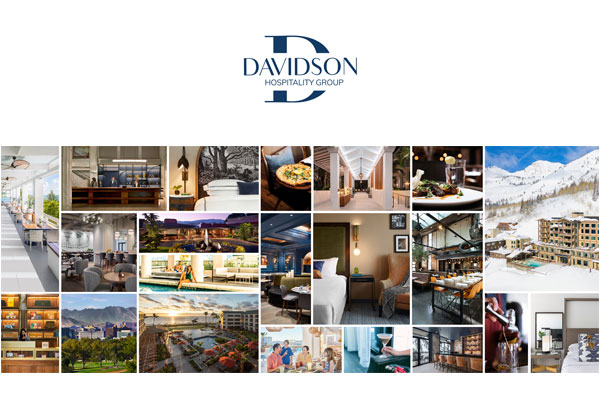 ATLANTA – Davidson Hospitality Group expands into the Inland Northwest region with the addition of Davenport Hotels to its Pivot lifestyle portfolio. Established by Walt and Karen Worthy over 20 years of ownership, Davenport Hotels is comprised of the five top luxury, convention, business and leisure hotels in Spokane, Wash.: The Historic Davenport, The Davenport Tower, The Davenport Lusso, The Centennial and The Davenport Grand Hotel.

Pivot, in partnership with KSL and longtime Davenport Hotels Managing Director Lynnelle Caudill and her team, will continue building upon the legacy of the Worthy’s leadership to preserve the history and heritage of Davenport Hotels.

“KSL’s proven success in investing in and elevating legacy properties will ensure that we continue to provide Davenport guests with the same high-quality experience established during the Worthy’s ownership,” said Pete Sams, chief operating officer, Davidson Hospitality Group. “Under our management, we look forward to even further enhancing the properties’ service offerings, continuing to engage the local community and strengthening the brand to attract even more visitors to Spokane.”

“As a company whose primary focus is to invest in travel and leisure properties, we understand the importance of hotels to their local community," said Michael Mohapp, principal, KSL Capital Partners. “The Worthys have built Davenport Hotels from a single hotel with the restoration of The Historic Davenport to a portfolio of Spokane’s highest quality hotels, and we are privileged to be part of the next chapter of these properties to ensure they continue to flourish.”

The Historic Davenport is an iconic landmark, listed on the National Register of Historic Places, and Spokane’s grandest destination with more than 100 years of storied history and renewed luster. An industry pioneer as the first hotel with air conditioning, a central vacuum system, housekeeping carts, accordion ballroom doors and ice water delivered to guests in each of its 405 rooms through specially designed faucets, The Historic Davenport became known as the most modern hotel in the U.S. when it opened in 1914. In 1985, the hotel closed and narrowly escaped demolition. The Worthys then purchased the property 17 years later, reopening the hotel in 2002 after a comprehensive restoration.

Davenport Hotels has since grown to include four additional hotels across downtown Spokane – The Davenport Tower, The Davenport Lusso, The Centennial and The Davenport Grand Hotel – which together with The Historic Davenport form an elegant union of new and historic hotels totaling 1,787 guest rooms, 10 restaurants and lounges, and nearly 130,000 square feet of meeting & event space. Steps from Davenport Hotels is River Park Square, Spokane’s premier destination for shopping and entertainment, along with parks and trails. Wineries, breweries and distilleries are in close proximity, as well as the Spokane Convention Center anchored by the 716-room Davenport Grand Hotel, The Podium sportsplex and the new downtown stadium slated to open fall 2023.

UniFocus announces the launch of advanced gamification abilities for its solutions