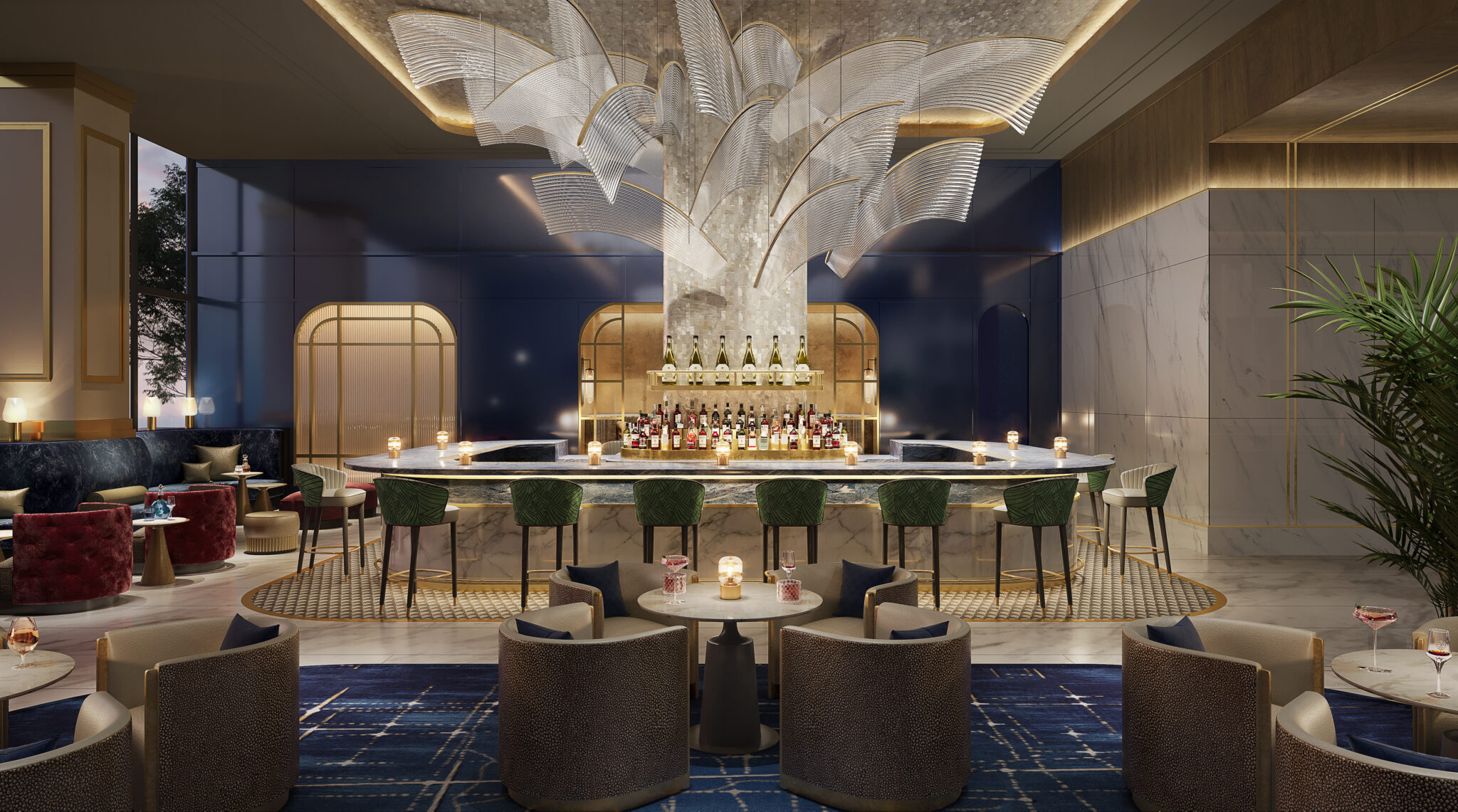 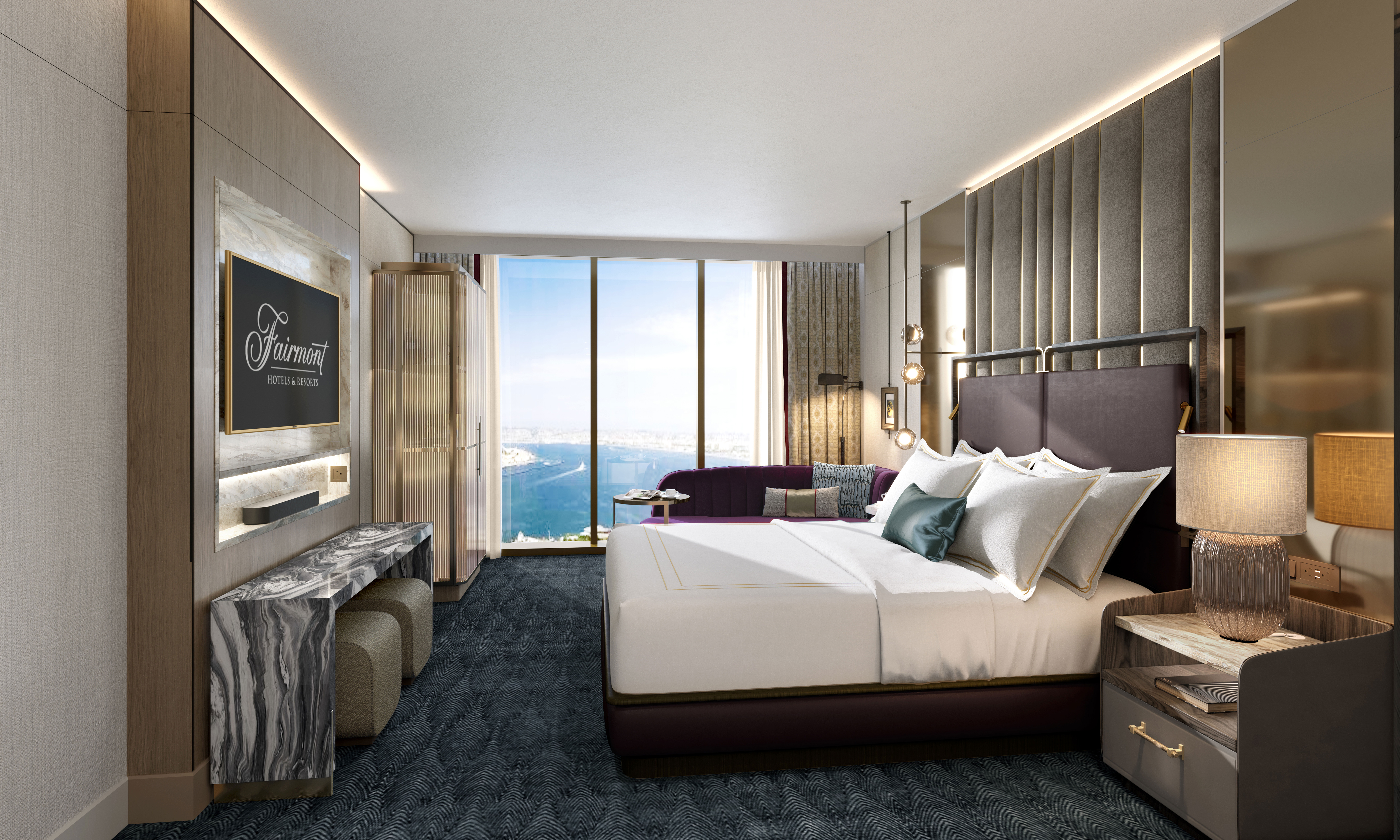 Fairmont Hotels & Resorts, part of leading hospitality group Accor, and Manchester Financial Group announced the signing of definitive agreements for the development and management of a Fairmont hotel in downtown San Diego, California.

“We are thrilled to have the opportunity to work again with our partners at Manchester Financial Group to bring another landmark property to life,” said Mark Willis, CEO, Fairmont Hotels & Resorts. “Opening as our largest-to-date Fairmont in the US, this project represents an incredible opportunity to bring the signature luxury experience for which Fairmont is known around the globe, on an unprecedented scale and magnitude to downtown San Diego. This marks the continued expansion of the brand, not only across California, but further strengthening Fairmont’s presence as one of the leading luxury hotel brands in North America.”

Scheduled to open in 2027, Fairmont Manchester San Diego will occupy a prime location on the North Embarcadero of the San Diego Bay, directly across from the USS Midway Aircraft Museum, adjacent to the Cruise Ship Terminal, and within walking distance of the San Diego Convention Center and the famed Gaslamp Quarter. The hotel is part of a landmark development transforming San Diego’s downtown waterfront with over 5 acres of green space and more than 1.7 million square feet of best-in-class offices, retail, restaurants, public art and entertainment.

Working in close collaboration with Accor’s Luxury Design & Technical Services team, Gensler will serve as both architect and interior designer for the development, bringing to life a unique contemporary vision, melding Art Deco and Mid-Century Modern influences. The soaring all-glass façade will be warmed and illuminated by touches of bronze. The interiors will be adorned with rich fabrics, large-scale art installations, and vibrant pops of blue and bronze, framing unmatched views of the San Diego Bay and city skyline, and flowing seamlessly into exterior spaces, giving the building a sense of place along the waterfront.

“It is extremely meaningful to me to be able to contribute to this incredible community in which I was fortunate enough to grow up. From my days of selling papers at the Coronado Ferry when I was only ten years old, I’ve had my eye on what I think is one of the most outstanding stretches of land in the world, and it is such an honor to play a role in its revitalization,” said Papa Doug Manchester, Chairman, Manchester Financial Group, “I’ve partnered with Fairmont on several other notable projects, and could not think of a more perfect brand and partner to transform this prime location into a globally renowned hotel. From the stunning design to the impeccable service and best-in-class amenities, Fairmont Manchester San Diego is going to set a new standard for luxury hospitality in downtown San Diego, and I look forward to the opportunities this partnership will bring to the market.”

Fairmont hotels are a place of occasion, offering world-class dining, luxurious rooms, thoughtful service and meaningful experiences in unforgettable locations. Counting more than 80 hotels globally, Fairmont boasts some of the most renowned addresses in the world, including The Plaza in New York City, The Savoy in London, Fairmont Banff Springs in the Canadian Rockies, Fairmont Austin, Fairmont Peace Hotel in Shanghai, and Fairmont The Palm in Dubai.

Fairmont is part of Accor, the second largest operator of luxury hotels in the world. Additional luxury brands in the Accor portfolio include Raffles, Orient Express, Sofitel, and many more. Upon its opening, Fairmont Manchester San Diego will join ALL – Accor Live Limitless, Accor’s award-winning lifestyle loyalty program.

Orient Express Silenseas: The legendary train heads out to sea as the world’s largest sailing ship is unveiled