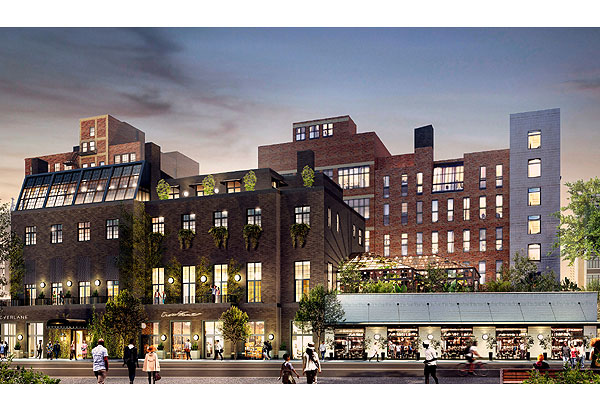 DETROIT – As the opening date nears for the world’s first Shinola Hotel, two key leadership positions have been filled.

Elliott Broom, 53, who spent the last decade as Vice President, Museum Operations at the Detroit Institute of Arts (DIA), has joined the Shinola Hotel as its General Manager. Additionally, NoHo Hospitality’s Sol Andrews, 37, will relocate from New York City to become the hotel’s Food and Beverage Director.

“The Shinola Hotel will offer Detroit and its guests a unique experience from the moment they walk through the front door into Detroit’s new living room. But it doesn’t stop there. Whether you are dining at one of the several restaurant options, shopping at the curated retail stores, attending a wedding or other event, or staying in one of the exceptionally designed guest rooms, Shinola Hotel will not only captivate your senses, but will leave you with a feeling that is authentically Detroit,” said Andrew Leber, Bedrock Vice President of Hospitality.

“Elliott and Sol are the perfect fit for Shinola Hotel, bringing decades of creative and innovative experience in hospitality leadership, that will maximize our guest experience and service to the highest level.”

As General Manager, Detroit native Elliott Broom will serve as the hotel’s top executive in charge of achieving outstanding service, sales and performance goals. Broom served as Vice President, Museum Operations at the award-winning DIA for 10 years, where he was responsible for the day-to-day operation of the museum.

“I am looking forward to returning to my hospitality roots and being part of this incredible hotel,” said Broom. “The fact that I can play a role in making sure visitors have an amazing experience in Detroit, my hometown and a city that I love, was an opportunity I just could not pass up.”

Broom’s success at the DIA was preceded by his extensive experience in the hospitality industry, most recently serving as Hotel Manager at the Hotel Palomar in Dallas, Texas. Broom’s career has also taken him to The Peninsula Chicago Hotel, Four Seasons Hotel Los Angeles at Beverly Hills and the Ritz-Carlton (now The Henry) in Dearborn, Mich.

Sol Andrews has been with NoHo Hospitality since 2015 and most recently oversaw their dining venues at The William Vale in Brooklyn as Director of Food and Beverage. Andrews is making the move from New York to Detroit to oversee Shinola Hotel’s seven dining concepts and event spaces, all operated by NoHo Hospitality.

"As someone who has always wanted to live and work in the Midwest, I was immediately drawn to Detroit's authenticity, its dedication to local craftsmanship, good food and drink, and the overwhelming pride exuding from everyone I meet," Andrews said. "I'm honored to join the downtown community alongside NoHo Hospitality and Shinola, and introduce a truly one-of-a-kind dining experience in the hotel."

In his new role as Food and Beverage Director, Andrews will implement and maintain a service and management philosophy for the Shinola dining program, while managing a full-service food and beverage staff including front of house managers, servers, baristas, bartenders and more.

Andrews comes to Shinola Hotel with 17 years of experience in food and beverage operations, ranging from fine dining, to nightlife to luxury, resort and boutique hotels.

Following a five-year tour of active duty with the U.S. Army, Andrews took on management roles at some of the most prestigious properties in his native Miami, including Scarpetta at Fountainbleau, Loews Miami Beach and the historic Forge restaurant; as well as the Venetian Las Vegas and Hard Rock Casino Hollywood.

Shinola and Bedrock partner to create the first Shinola Hotel